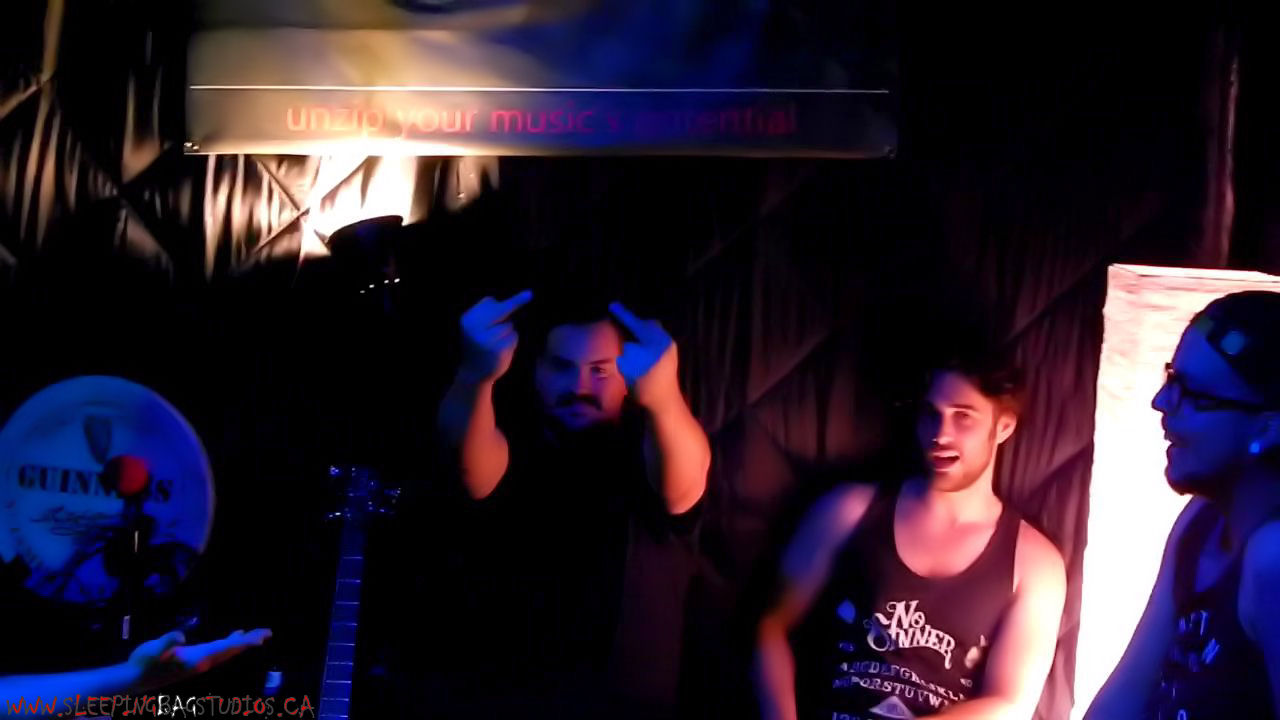 Damn these guys were cool!

Had a great time talking with FÜ KON RIOTS from Vancouver, BC in 2015.  Massive thank you to Ryan @ SBS for coming out for the day on that one to help film what became one of the smoothest interviews I’ve ever been a part of; seriously – have a look at their episode of SBS Live This Week and you’ll see what I mean – there are NO edits throughout the entire interview!  I honestly don’t remember that ever having happened before…behind the scenes, there’s always a burp, a fart, a massively long ummmm…or SOMETHING that needs to be chopped out – but not with Fu Kon Riots.  As easy to talk to as a band could possibly be, incredibly down-to-earth people and musicians that go out to slay the audience every time they plug in.  SBS was just starting to see some real wear & tear happen on the studio gear that day…and after inviting them specifically to do the show after seeing them plagued by problems on The Railway Club’s stage in Vancouver…not entirely sure I did them the justice of a full-redemption when it came to the live recording…BUT…I’d say about 3/4 or more of it came out extremely well.  I can never remember what buttons I’ve hit…but I think I took out the vocals in their first track…aside from that, we eventually made it on through with everything coming through the boards clearly.  Have a look at some of our time with one of the fastest, furious, punk-rock bands from the BC music-scene, the Fu Kon Riots and their time with us on SBS Live This Week below!