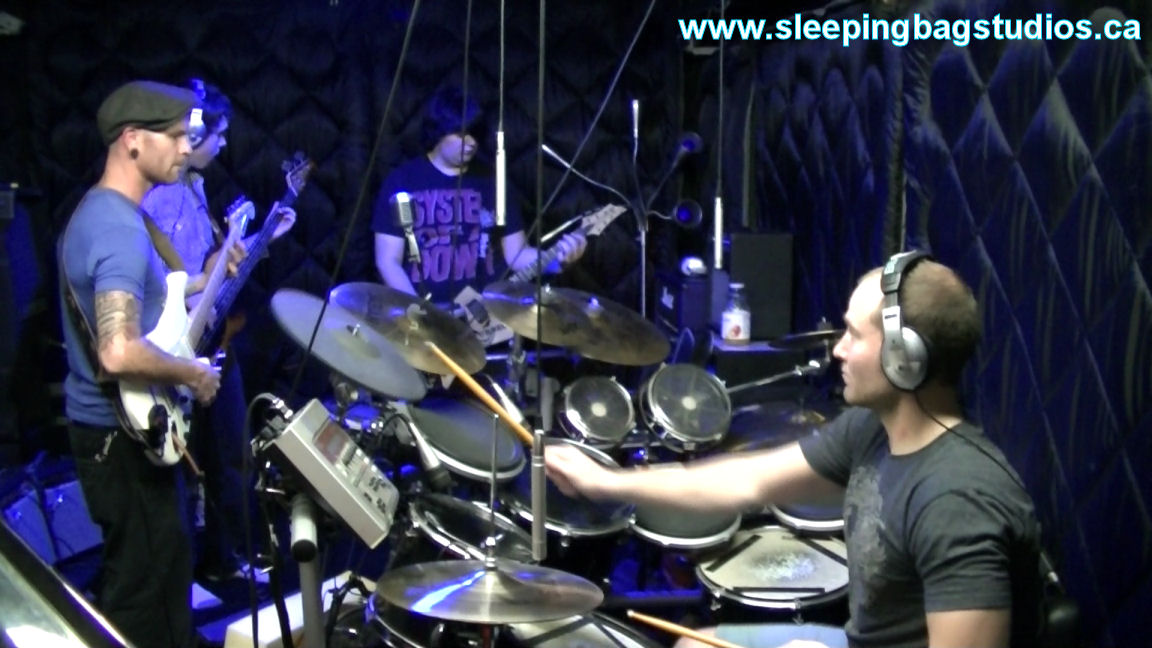 Here’s a look at some of our favourite memories from our history…the SBS Photo Journal!  Gathered from our show SBS Live This Week, live events around local Vancouver, BC & beyond, and from all our random experiences here at the place we love more than anything, sleepingbagstudios.  Here’s a look at the first band we ever recorded here, called Captain Blast & The Incision, way back in 2012.  According to their social media, the band hasn’t posted since mid-2013…so we’re assuming long, extended hiatus given they were extremely active at one point!  Who knows?  We spent a day running around after these guys – they were wicked musicians and a lot of fun to listen to & watch, but at the end of the session, went back to their lair and attempted to construct a similar in-home studio set up.  Wonder how that’s workin’ out?  Or where they are…or if they still exist at all…  Take a trip down memory lane to the very first band to have walked into SBS.