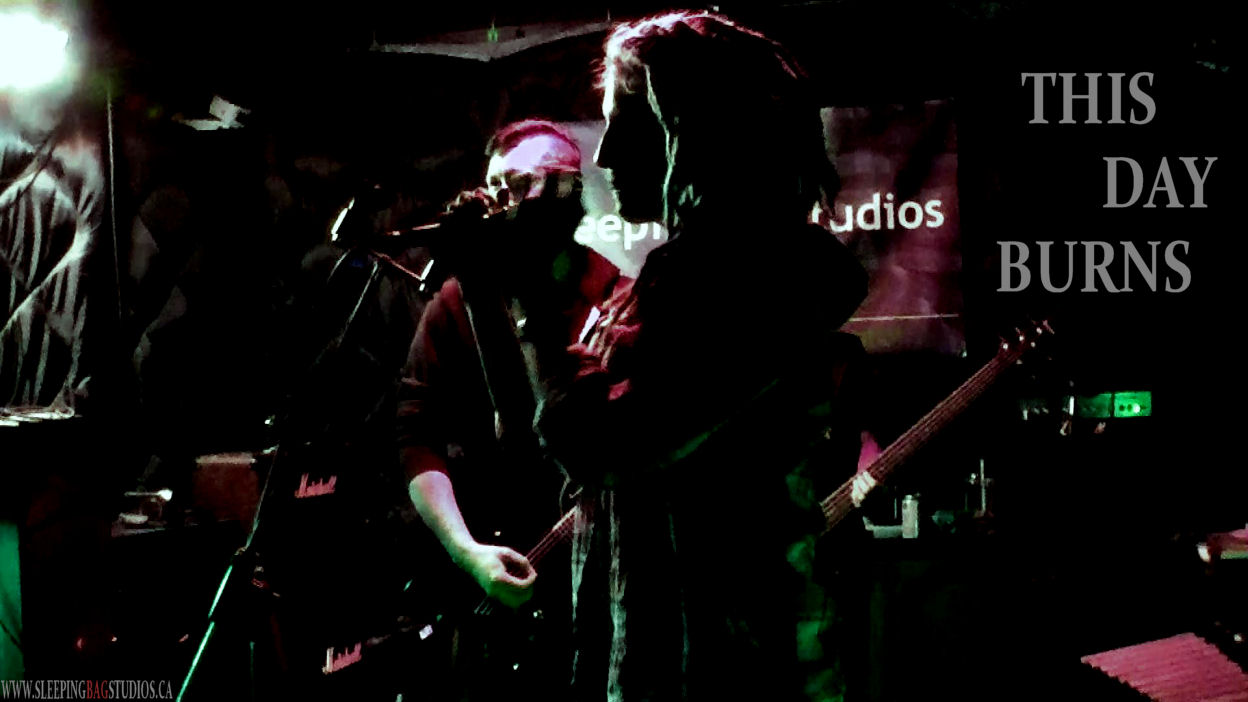 Here’s a look at some of our favourite memories from our history…the SBS Photo Journal!  Gathered from our show SBS Live This Week, live events around local Vancouver, BC & beyond, and from all our random experiences here at the place we love more than anything, sleepingbagstudios.  As you’ve gathered already, we branched off of our episodes originally interviewing people at rapid-fire on the SBS Island Episodes and continued to stalk the best of the best and hunt them down til they’d come see us or vice-versa.  The next on our hit-list was This Day Burns – cause we love’em!  They’ve actually JUST released a brand-new video for their upcoming record…and many of the songs that will be on it were just in their beginning stages here when they came in for an interview in the later part of 2013.  Stoked to have these guys in and get to know the full band this time around as we missed Chris the first time around and Skye had still yet to join the band…though it also marks the first episode with a full-band and no Rob @ SBS to help me out with the audio while trying to run the video and keep everyone happy…let’s just say I was a sweaty mess by the end of it who had done the best he could for truly knowing very little.  Thankfully, these are some of the best & most patient true-rockstars out there in independent music – This Day Burns ROCKS and we’ve seen them a whole bunch since having them all out here to rock the garage in 2013.