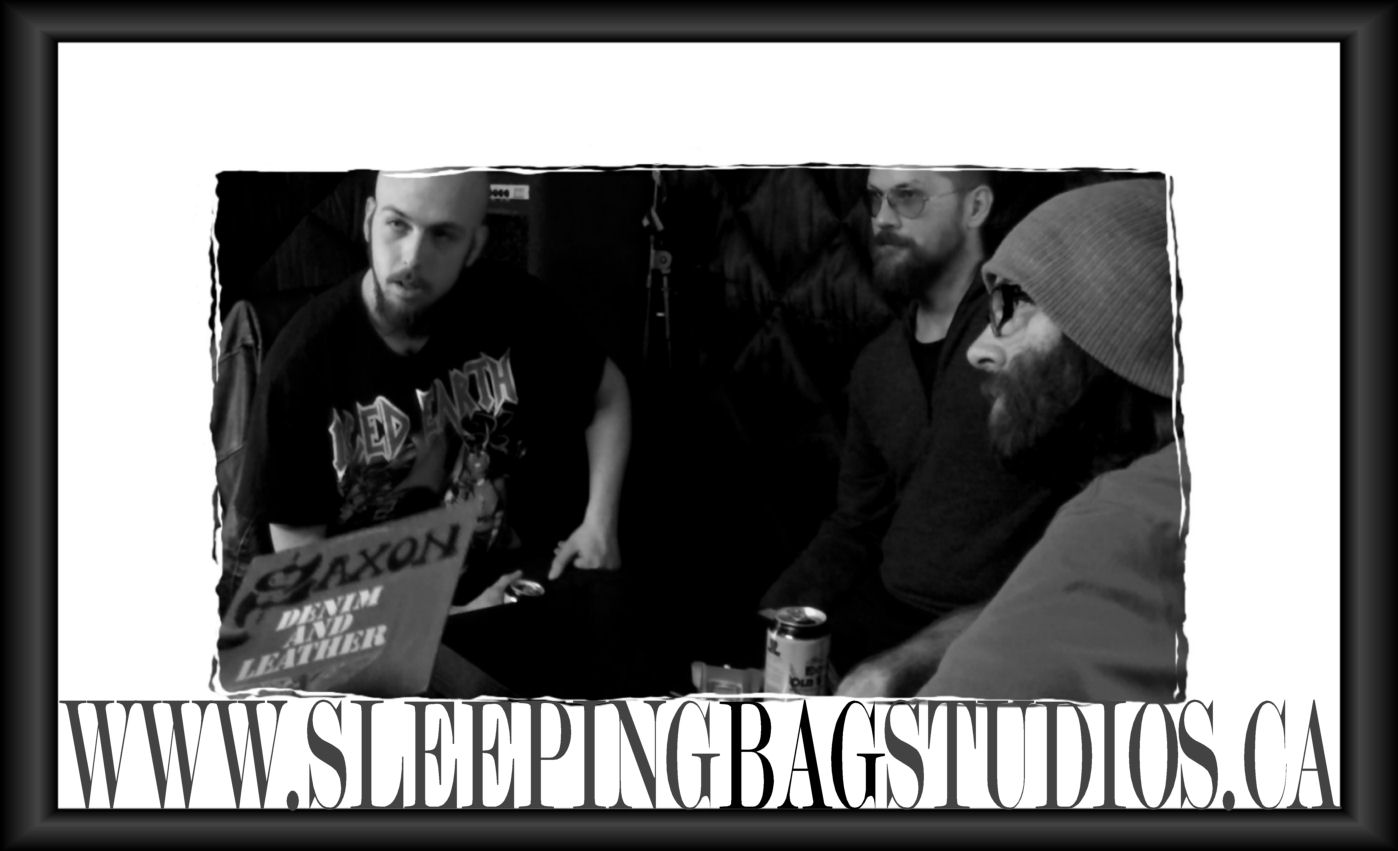 Here’s a look at some of our favourite memories from our history…the SBS Photo Journal!  Gathered from our show SBS Live This Week, live events around local Vancouver, BC & beyond, and from all our random experiences here at the place we love more than anything, sleepingbagstudios.  This was an awesome experiment – though who knows if this or anything I’ve ever done through the show has really ‘worked’ – that’s for you all out there to judge I suppose!  But this was a truly fun idea, bringing independent musicians in from the scene to talk music in general…nothing too specific towards the bands they were in.  We borrowed Iron Kingdom’s bass-player Leighton Holmes and always entertaining (to say the least) lead-singer from Aeterna, Ruddy Flowered.  The episodes (Original You Tube Series 048/049 posted in 2013) also featured the last on-screen appearance from Rob @ SBS before he went on to other things.  To me…it worked…largely because Ruddy and Leighton were the perfect guests to have brought in…but it was so much fun we re-created the event in 2014 with the SBS Panel on Grunge and three new-guests to talk music-shit with.  Take a look at where it all started here in 2013 as we got schooled in metal!