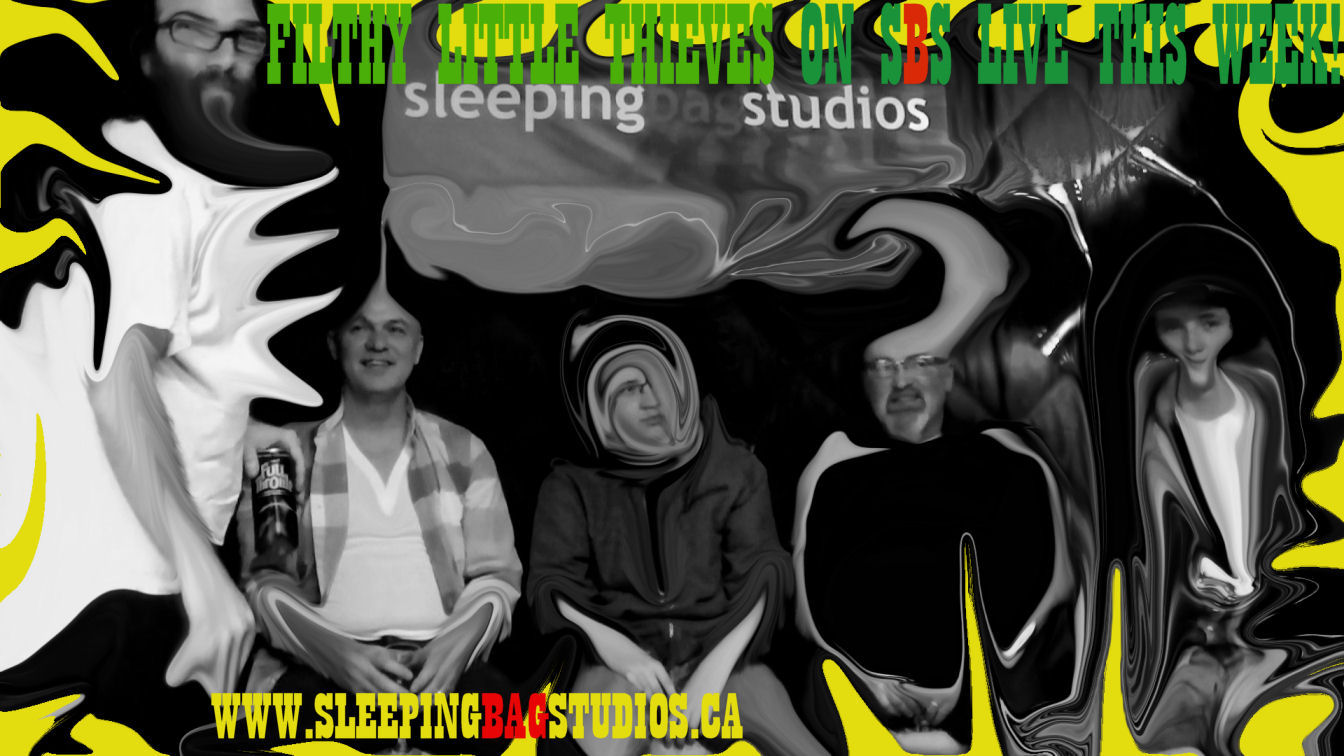 Here’s a look at some of our favourite memories from our history…the SBS Photo Journal!  Gathered from our show SBS Live This Week, live events around local Vancouver, BC & beyond, and from all our random experiences here at the place we love more than anything, sleepingbagstudios.  Some more stills from our year in 2013 – here’s a look at a band we had an absolute blast with – Filthy Little Thieves.  After a morning spent covering the neighbourhood in flyers about SBS in a promo-blitz…Gordon Paterson was the first to respond.  A truly genuine, great person to talk to – he plays bass for the band alongside his sons Alex (Guitar) and Griffin (Drums) – and at the time we met them, lead-singer Tony was still pretty darn new to the band.  As I understand it now, the band has expanded and grown considerably in both members and skill and are creatively combining their talents more tightly than ever before…we’ll have to catch up with them soon and get an official update for ya!  For now – take a look at some photos from 2013!