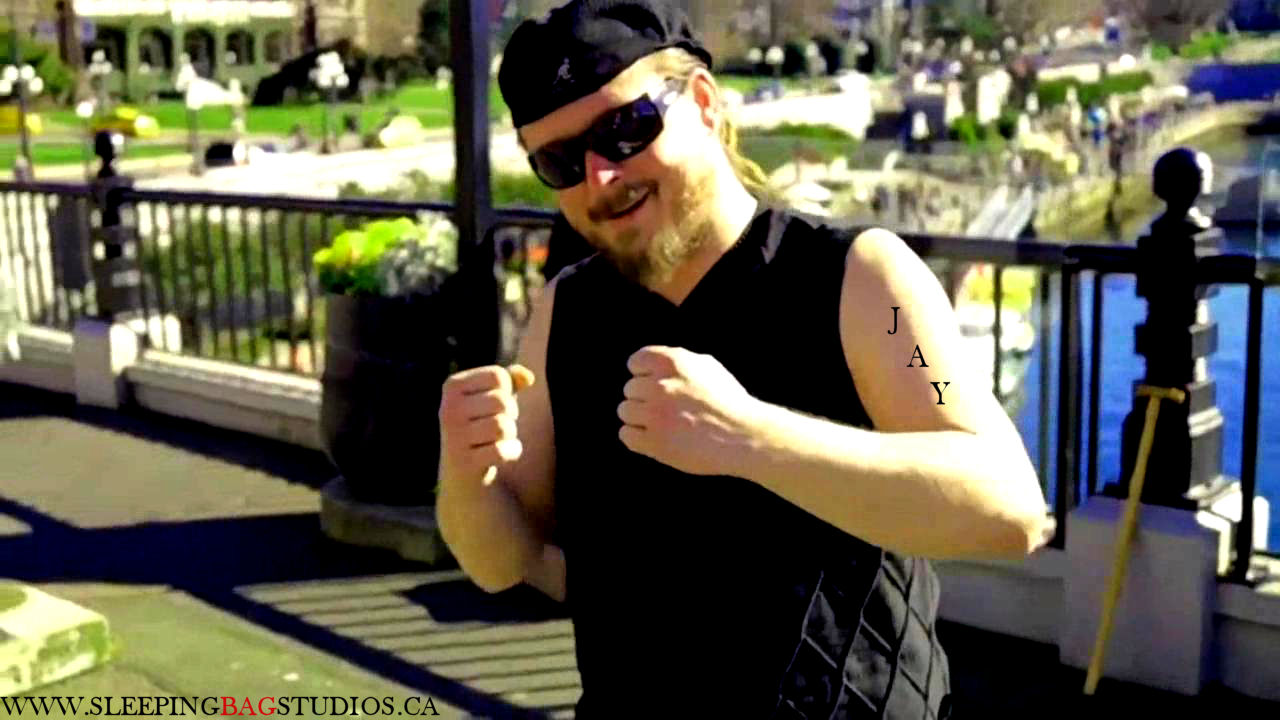 Here’s a look at some of our favourite memories from our history…the SBS Photo Journal!  Gathered from our show SBS Live This Week, live events around local Vancouver, BC & beyond, and from all our random experiences here at the place we love more than anything, sleepingbagstudios.  On my first trip to Vancouver Island to discover music talent, I ended up meeting ten bands in a rapid-interview day that ended with me being awake for about 44 hours straight.  Not to be outdone, my next adventure would see me awake for 52 hours and absolutely unable to form sentences by the end.  Anyway…it’s always a great time…I suppose that’s the point.  We met a lot of fabulous people & took in a ton of talented performances in only a short time, forming the SBS Island Adventure episodes on SBS Live This Week.  Here’s a look at a rad gentleman/rapper & hip-hop purist that is known as Jay Hache, the fuel behind the fire of the music of Warriors Of The Infinite.  Jay has gone on to become a great friend of ours – a trend you’ll notice happened with many of these interviews that happened on this crazy ONE DAY on Vancouver Island – but Jay has also gone on to spend a significant amount of time supporting the site, been featured on promo-clips on SBS Live from his like, 3-4 trip spent here at the studio which ended on a final night with me passing out cold and him eventually dragging down one of the sleeping-bags that lines the studio-walls to sleep on the grass in the backyard.  No joke – that HAPPENED…we’ve got his autograph on the sleeping-bag to prove it.  Ha!  What a great guy – take a look at some shots from when we first met Jay in 2013.

Tags: Photos SBS Live This Week Warriors Of The Infinite