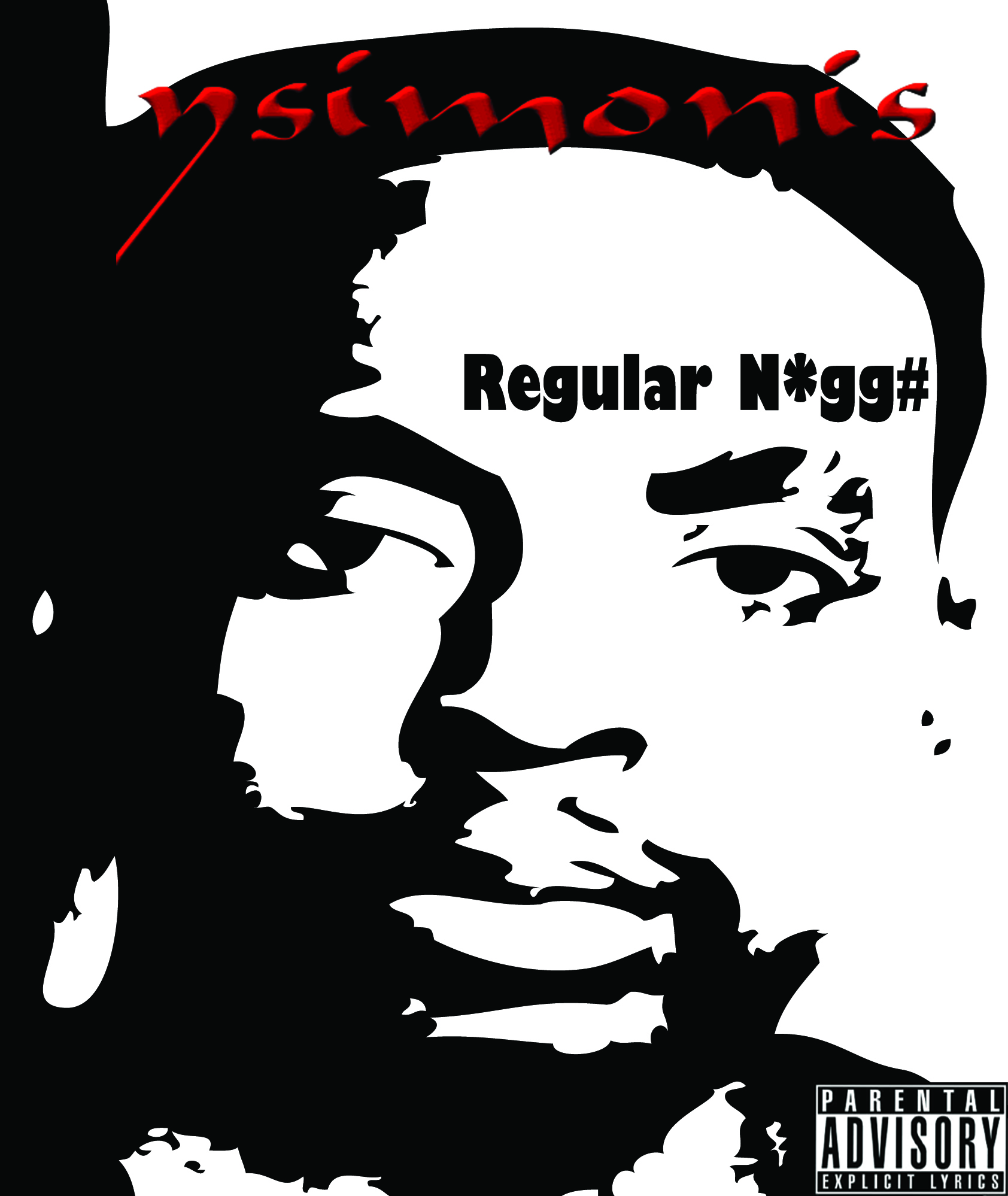 So – first off…is the explicit tag necessary? With track names like “Pussy” and “Flash Dem Titties” – you can be the judge for yourselves…but I’d be lying if I said decisions like that aren’t one of the reasons I’m continually thankful to not have children. I can remember a tinier version of me recording Snoop Dogg’s Doggystyle over top of my store-bough tcopy of MC Hammer’s Please Hammer Don’t Hurt’em just so that I could listen to it without my mom catching on and freaking out about. Picturing some young homie out there going through the same ordeal with this new album from Ysimonis…well…let’s just say that someone out there is going through this, and I myself have indeed got a bit of nostalgia goin’ on. Music has and always will be worth breaking the rules for.

And really, when you listen to Regular N*gg#, you have to wonder if that isn’t really what this whole album is all about in the background…Ysimonis breaking free of the daily routine and making his own rules now through music. Thematically this album largely deals with being deep in the rap game and owning your moment, breaking those rules of convention and literally saying whatever the fuck you want. There’s a freedom in this music that I have always have a deep respect for, even if I don’t always necessarily agree with the politics of “thug-life.” The simple fact is – today’s rapper…the one’s that own their style like Ysimonis does here…these are the modern-day outlaws of our time.

Whether real or fake, it can be like crafting a character out of the lyrics and flow. If you own this image with style and confidence like Ysimonis does, it becomes convincing to the listener. Everything I can hear on this record sounds like he has put the time into creating that character, even if it is a true reflection of himself; like I said, real or fake – he’s owning it like he’s living it every day. Listen to tracks like “I Can’t” and “True-n-False” and you’ll get what I mean.

Cause c’mon – you can’t use a line like, “You’re girl likes my pickle…that’s true” unless you’re ready to commit.

I told a story here once about downloading the 8-Mile soundtrack way back in the day and ending up with three tracks that had been purposely mislabeled by a rapper going by Dirty Dave and his unknown posse backing him up. And I swore to myself long ago, that anytime I heard someone with a similar flow I would send a quick shout-out of remembrance to this unknown homie, cause SOMEONE out there one day will have had the same experience I did and knows the familiarity and humor in the rap lyrics. Dirty Dave is the man…so is Mickey Avalon…so is Snoop…and all three remind me of what Ysimonis is doing now.

It’s almost like taking it back to a time of “gangsta-purity” if you will…he’s kinda got the pimp-version of a Teddy Pendergrass album here. That thematic sense of him owning his moment…well, let’s just say that 90% of the time he sounds like he’s owning that moment with a female companion. Or two. “She Got Me” is smooth like that, and again, “I Can’t” is great example of what I’m talking about with an incredible beat combined with piano to make it all that more real for you people listening out there.

We will be talking about this further when SBS Live This Week comes back to its new home on Vimeo, scheduled for late tonight/tomorrow morning after being away for nearly a month. A ton of excellent videos in the line-up for you to watch, and I’ll go further with this review and drop a few more knowledge bombs on ya about this slick new album from Ysimonis.