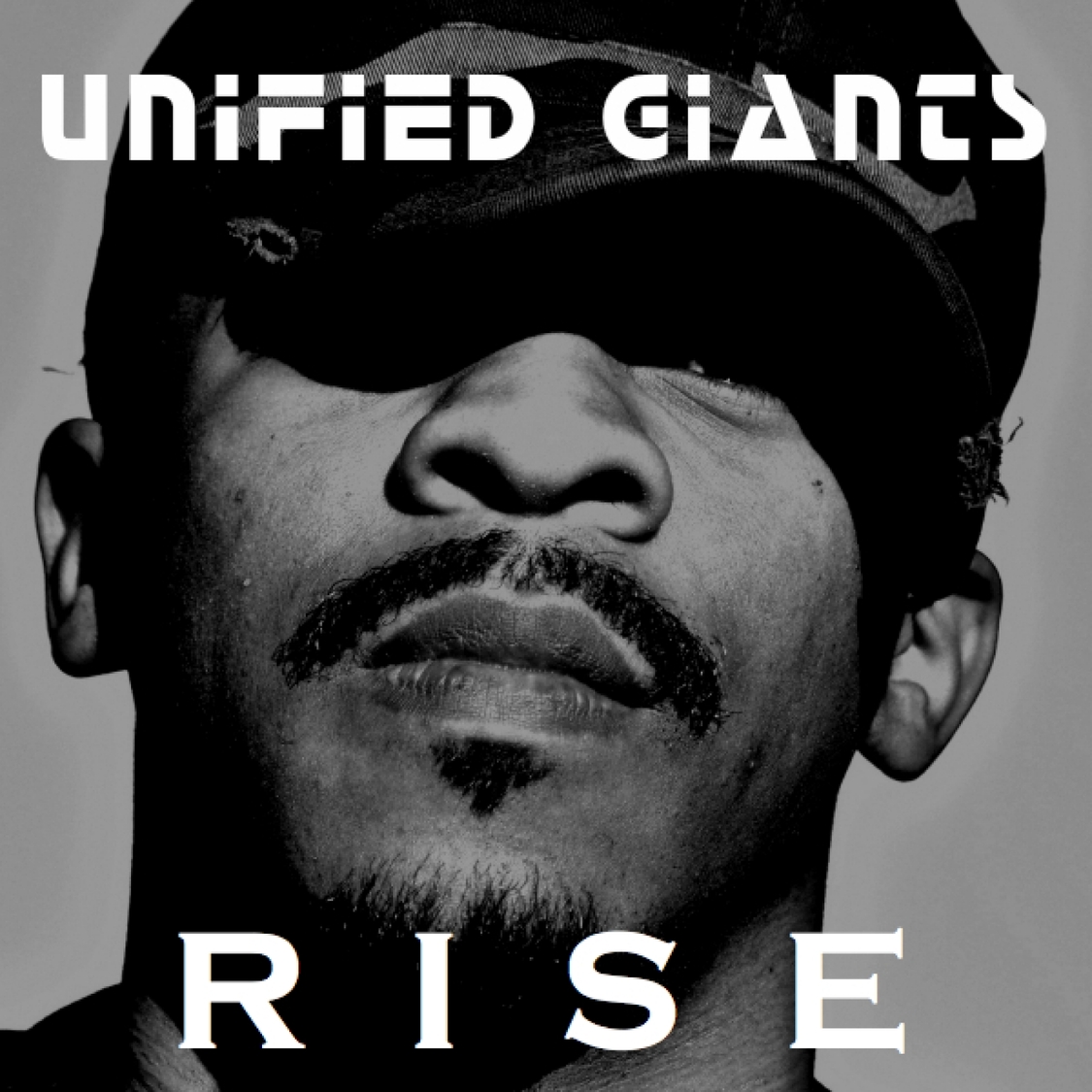 Heads up rap & hip-hop fans – this one’s for you! In review today we have the new album from a crew from the USA; Unified Giants are on my playlist this morning with their new album – Rise. When you check into this crew, it mentions right on their Facebook page that they “make hip-hop music for a specific group of people with specific taste about the rap music they consume;” there’s no questioning their specifics as I continue to read about them and listen to the new album – they’re not just from Long Beach, CA – they’re from NORTH Long Beach, CA – don’t forget it!

And it IS specific, as an album and style of music; this is hip-hop designed to bring out the gangsta in you. Many of you that have seen our show SBS Live This Week, or read interviews with other hip-hop artists know I’ve asked many times…rap CAN’T be all about bitches, money and guns can it? As the beginning tracks like “Til They Fall” and the title track “Rise” play through…it appears that maybe, just maybe it COULD be all about these three subjects!

I remember when the movie 8-Mile came out. A proud music pirate well before the release of that soundtrack – the moment it came out I downloaded it straight away. As it turned out – I didn’t actually RECEIVE the 8-Mile soundtrack on that first attempt…instead, I found I got myself a copy of some tracks by an indie rapper who went by the name of “Dirty-Dave” with an un-named crew to back him up. I mention this, because much of this reminds me of that and someone out there in the rap game will understand the reference to the flow. Like Dirty-Dave – Unified Giants display a definite skill in their ability to put together lyrics into entertaining and cohesive stories even though they tend to tread on subjects that have become common themes within the rap universe. Like they said – straight up, it’s not music for everyone – it’s music for a specific group!

In terms of beats and samples – the minimalist approach is the hot idea of the year 2013 no matter what the genre. Unified Giants have answered the call and put together straight ahead bass-heavy beats to rhyme over. Minimalism is by no means a bad thing, but it CAN be a tricky thing to pull off WELL. This crew from down south makes good use of the space in each track and execute it well, but tread the dangerous line of having tracks sound a little too much like each other in terms of tempo, beat and flow-style. Like the case of the tracks “Let Live” and “Beautiful Life” – both solid tracks in their own respect, but back-to-back nearly make them feel like they’re together in one grandiose track.

On the flipside there are some truly creative sounds and wicked samples used throughout this album. In a local reference for those in my own hometown – Swollen Members come to mind. When you listen to tracks like “Welcome-Here,” “The Business” or even “Outro” – you can hear easily that though they might reach for minimalist beats – they’re still looking for unique combinations of sounds to create their flows over. The beats are often darker in nature, but not aggressively in your face; this is music to take out in your low-ridin, tinted-window pimp-mobiles…ridin’ dirty of course… “Payin-Bills” is another great example of how a simple addition can make a track stand-out from the rest; the incorporation of horns into this track make this a track with a completely unique flavor and pulse – ridiculously fantastic track to rhyme over!

In delivering that flow, the other major influence I can hear in the delivery is that of the legendary Sen-Dog of Cypress Hill. Many of the rhymes spit over top of these beats draw on that familiar and menacing style of one of rap music’s most iconic – not much to complain about when that’s the company you’re keeping on a peer-level! And even your parents don’t need to worry about not being able to make out the lyrics; they might not like what they have to say but each line is delivered precisely and on-point, clear and with energy, moods and themes to match the track.

I found an interesting dynamic that exists between the personalities and the music however. Much of the time, they’re shouting “world-wide” within the track somewhere – which I almost found odd, given their pre-determined course of making music for a specific group. But let’s face it – there ARE huge fans of this style of music locally around you now and certainly across the globe. More than likely they understand that no musical act out there reaches every household – but that shouldn’t stop them from finding enough fans out there from each city and country to dominate the entire map.

I’m no different than the next homeless-looking bearded guy in my neighborhood – every once in a while even we have to take our inner-thug for a test drive. Unified Giants’ goal of going “world-wide” wasn’t meant to happen by blazing city to city without being able to take it all in, no; if this is the music they’ve made for the soundtrack to that journey across the globe – they’re going to get there cruisin’ with bass-beats pounding so hard that they’ll let you know they’re on their way to your hometown a whole city in advance of their arrival.