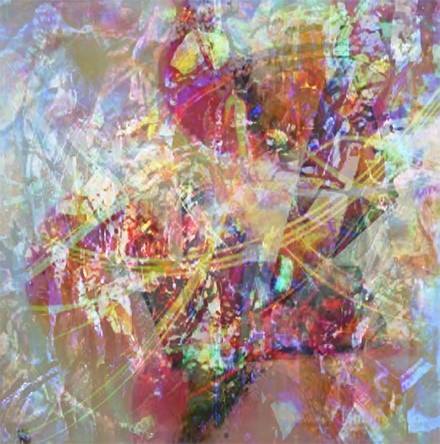 The Drama Dolls – The Sublime Art Of Self Importance – EP Review

Some great pop-rock from UK-based band, known as The Drama Dolls graces our pages today. Some of you might have already been introduced to the four-piece ensemble on our recent episode of SBS Live This Week with special guests Lung Flower; we recently spun the gritty video for their lead single off The Sublime Art Of Self Importance EP, which also happens to be the lead song on the set of three songs called “Don’t Waste Your Prayers.” If you’ve seen the show, you know I was a big fan of the way this video came out…I thought they nailed the look and the sound they were after in representing themselves onscreen. Being introduced to them this way through video I thought I might even ‘get’ the full picture & full scope of this band’s style and sound; and after listening to this new set of tracks…I think that the EP tells a slightly different story…

I’ll admit that the video was what hooked me into The Drama Dolls at first…it took a couple listens before I found I was craving the energy of “Don’t Waste Your Prayers” like a body needs vitamins. On those first listens I wasn’t too sure that I wasn’t listening to an eighties-influenced version of something like Velvet Revolver. Like Starship met Slash & Scott Weiland for a moment…something like that. With repeated listens I found it to be much more than a simple rehash of an old tried & true recipe – and I started to think that maybe…just maybe I was judging them too quickly off this one single…that maybe, just maybe there was a lot more ‘something’ here than I had originally thought.

Not only did I begin to warm up to the ripping energy of “Don’t Waste Your Prayers,” but I thought the following two tracks went on to confirm my suspicions…there is in fact, a lot of cool things happening in The Drama Dolls and they rock-on to victory as The Sublime Art Of Self Importance plays through. It’d be truly hard to resist this lead-single after a couple of listens; the edgy & catchy chorus and electrified energy run deep throughout “Don’t Waste Your Prayers” and I love the way it breaks away for a completely unique ending.

Right away though, I found myself extremely interested in the following cut “I Want More.” The opening bending & swaying notes of the guitars are right up my indie-alley…there’s great alternative-energy on this pop/rock tune. It’s interesting to me that The Drama Dolls come from all the way across the water…this track reminds me of the energy of Age Of Electric when Todd Kerns wasn’t losing his mind too much on the vocals…or even more fitting, the grind of the guitars in this song and rhythmic, simplified-chorus lyrics reminds me of the set of two Dahle brothers from Age Of Electric that went on to form Limblifter…one of my all-time favourite bands.

And in a complete confirmation of that vibe…what is absolutely, without question, my favourite song on this EP – “King For A Day.” Like a mix of Oleander & Limblifter…this track has a verse that absolutely shatters the rest; so strong in fact, I’ll admit to you…I’m not the most massive fan of the actual chorus…the verse and everything leading up to it is absolutely EVERYTHING I want to hear. The melody, control and tone in those vocals are so unbelievably perfect that I’d happily listen to ANYTHING that would come along after them…could be a dentist drilling teeth, could be a tank mowing over a tiny village…The Drama Dolls can really do no wrong for me after creating the verse for “King For A Day” and delivering it with complete pop/rock perfection. Excellent beat, great bass, guitars & a killer quick-snap to the beat that sets the stage for the excellent vocal rhythm and flawless tone. I don’t dislike the chorus – and overall I GET IT…The Drama Dolls really can’t help but rock the fuck out sometimes…who doesn’t understand that feeling? And with the way the verse builds and builds upon itself like a high-speed chase, it’s only natural they’d head into a more amped-up rock-side to bring the chorus into.

But in all truthiness (yep, that’s a word – thank you Stephen Colbert!) it’s heading back into that verse that absolutely sends me to a massive music-boner every time…it’s SO DAMN GOOD. Incidentally, when you listen to the EP from their soundcloud page, it automatically sends you to singles afterwards, which then plays “King For A Day” a second time straight!!! Just sayin…

This EP progressively gets better and better as it plays through and leaves a massive impact on you through its final song. I can definitely support the energy that The Drama Dolls bring to their music and they’ve shown me a lot of dimensions to their sound and innovation in their style from song to song. I’d have to say…The Sublime Art Of Self Importance has an audible ton of the hooks and energy I’m personally looking for in pop/rock and by the end of the three songs leaves you wanting more immediately.

Find out more from The Drama Dolls official page at: http://www.thedramadolls.com/

Tags: EP sleepingbagstudios The Drama Dolls The Sublime Art Of Self Importance