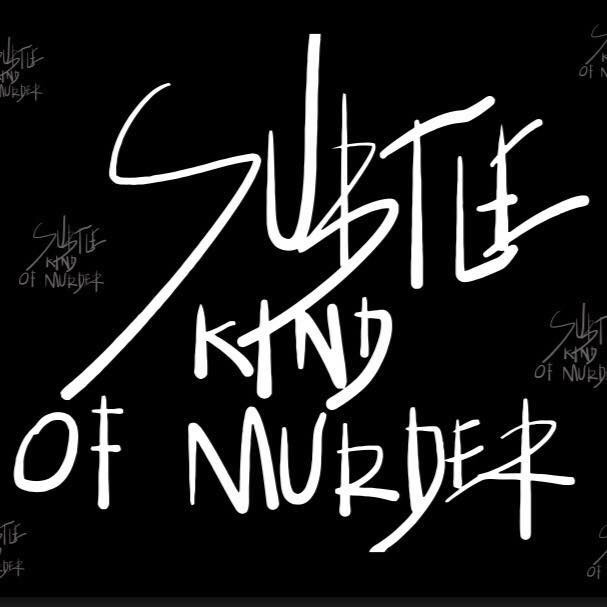 Let it never be said that where there is work & effort put in that there is no reward!  In the case of Subtle Kind Of Murder, it works in both our favor – as I was checking out the latest singles they’ve posted to Soundcloud over the course of the week, wouldn’t you know it, another tune showed up with a day or so before I was going to post this up.  Seems only fair to me that I throw that in the mix, quickly sprinkle some new words into this intro here and talk about their latest as well; so instead of three tunes, I’m talking about four here in review today, including their lead-single “Hang On,” which we played on the latest episode of the SBS Podcast with a whole bunch of other bands/artists that are ready to make some real noise in 2017.

You gotta assume they’re on their way and revving up the machine to prepare for a wild ride.  “Hang On” was a solid representation of what the LA-based band is capable of; intense rhythm & grooves, bold & vibrant sound, wicked hooks in the music & vocals, and committed, confident performances.  Definitely a rad track to introduce the Subtle Kind Of Murder sound to the world…and up until about 48 hours ago or so, it was also the most current track they had posted.  But now it’s becoming clear…from the pattern of releases being made over the past two months, they’ve obviously found their sound, refined their material and they’re ready to make their mark.  I’d go as far as to say that this band seems…*gulp…PREPARED!

What I also think is impressive is that the story of the progression of this band’s sound is right in front of us.  While I think that you can progressively hear Subtle Kind Of Murder coming into their own with the release of each track…I’ve also gotta make a huge case for where they’ve started.  “Glass” is the tune that dates back the furthest…and I freakin’ LOVE this tune; like a mix of sounds you’d hear in bands with extremely defined sounds like Cold War Kids, Cool For August and Eskimo Joe – they’ve put something meaty on display immediately in this first tune I checked out.  The vocal rhythms in this song have massive hook & pull – love the way the tone, energy and style pick-up through the microphone on this performance…you get every signature shake, quake, tremble & break in the vocals, which all leads to an incredibly organic and authentic feel.  Awesome guitars roar solos right up to the very end, the rhythm section kept this entire groove movin’ throughout the song and the singing was perfection right off the bat…”Glass” had a massive impact on me.  No joke…those bands I listed & compared Subtle Kind Of Murder to was an easy list to come to the conclusion of – they’re all still favorite bands of mine and have some astoundingly unique sounds in Rock.  Subtle Kind Of Murder fits right in there…there’s a large degree of art & craft here on “Glass” that shows how much effort has been put into the writing, performance and overall execution of their first single – it deserves the effort, it’s a brilliant tune.

With its heavy-psychedelic/blues-grooves, “California X” pulls you in further into the realm of Subtle Kind Of Murder.  I can admit that the lean towards more bluesy tendencies also send them a bit further towards the opposite of my own personal taste…but I also think this song sounds like another extremely valid part of their band’s dynamic and represents it strongly.  It’s kind of got that bar-anthem feel to the main chorus lyrics & vocals – and I mean that in a good way; it’s the kind of song that can really energize and involve the people listening as they sing along.  A turn-it-up-damn-loud-in-your-car-cause-this-is-the-kind-of-song-that-they-made-volume-go-up-for track, know what I mean?  I think the hooks in the main chant of this tune are as strong as steel and widely accessible…and I liked personally that they didn’t stop there.  Instrumentation is clearly just as important to Subtle Kind Of Murder as any words could be – and they flex much musical-muscle in the solos that occupy the middle of “California X.”  Great tone, great sound, great skill, GREAT SCOTT – you gotta appreciate the way the guitars drive this tune and the way that the vocals both lead & backing combine to get the most out of this tune.  Compared to the first single, I’m still a “Glass” man myself…but I dig the increased confidence I can hear growing in Subtle Kind Of Murder already in their approach to “California X.”

Then comes the epic tune we played on the podcast, “Hang On.”  If you didn’t check it out on the latest episode, do that…but I’ll make it even easier – it’s right below these words – check it out right now!

Cool!  We’re all on the same page for sure now.  “Hang On” takes Subtle Kind Of Murder from a band that sounds really damn good to a band that might not even know how good they truly are, or could potentially be.  “Hang On” is pretty much…like…you know…hmm…everything that SHOULD be on the radio and all too often is missing.  You want to be that really kickass DJ that spins a tune that the people should hear?  PLAY THIS ONE!  Seriously…I listen to a track like “Hang On” and I instantly start to wonder how long Subtle Kind Of Murder will be able to keep themselves a secret.  People will dig this – I have no doubt about that.  Rising to a level of Cold War Kids or Reef or any other band I’ve mentioned in comparison to Subtle Kind Of Murder wouldn’t be a bad thing at all – and “Hang On” will convince you quickly that this band could go on to far surpass any expectations any of us have.  The amount of hook, tone, attitude, musicianship…precision and professional approach…writing…you name it and they’ve nailed it with the single-worthy “Hang On” – this is the exact kind of tune that grabs the attention of anyone within earshot.  I think the vocals are again at their best here, the guitars are INSANELY cool on this cut, bass & drums perfectly reliable as ever – and truly it’s the writing, care and execution on every ambition that they had for “Hang On” that leads them to victory.  Again – you put in the work, you get the results – “Hang On” speaks to that; a song of this quality and caliber could have Subtle Kind Of Murder snatched-up by the mainstream at any given moment…I’d be making sure my phones were never set to silent again if I was a part of this band because those opportunities…those rewards for their efforts are definitely bound to come a-callin.’

Now the real question…will their latest track posted just within the last 48 hours measure up to “Hang On” – could they possibly pull-off another great tune after three already?

How’s about a huge YES to that!  Here’s the thing…lyrically, musically, composition-wise…to me…their latest track “White Walls” was the real winner.  If you want real confirmation that Subtle Kind Of Murder has a TON to offer – this track is the one to do it; they pull away boldly from the rhythms & grooves that we’ve heard from them so far and really bring the art to their style of Rock here on this new tune.  Vocally, there’s so much that I truly love about this band…easily right up there for me with Nathan Willett and Florence Welch – this guy’s got more than just power…the hallmarks of a signature sound are all over the microphone here and could definitely put this band on the map.  You combine that with the flawlessly reliable band finding their way into progressively clever ideas and increased confidence and you end up with “White Walls.”  I’ll fully admit…the chorus on this one was so massively addicting that I couldn’t get enough of it…I think they should have exploited the ‘ohhhhs’ SO MUCH MORE and perhaps even lit-up the ending of this tune by capitalizing on the opportunity to bring it back there even more pronounced than they have…BUT…I also appreciate their subtlety as part of what makes this new tune highly repeatable.  That first switch into the chorus of this tune and leading past the first minute of “White Walls” is absolutely magic…you can really hear AND feel just how special this moment really is.  The verse is hauntingly cool; tons of personality, mood and atmosphere in the music to match the subtle-but-snarling hint of aggression dripping from the vocals…and then into that blissfully beautiful chorus.

It’s freakin’ INSPIRING to hear a band coming out this strongly.  I’d listen to anything from Subtle Kind Of Murder – this band is truly going places, mark my words.

Find out more about Subtle Kind Of Murder and support them at Facebook here:  https://www.facebook.com/skmband/ 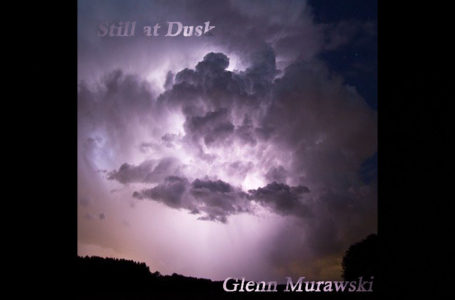