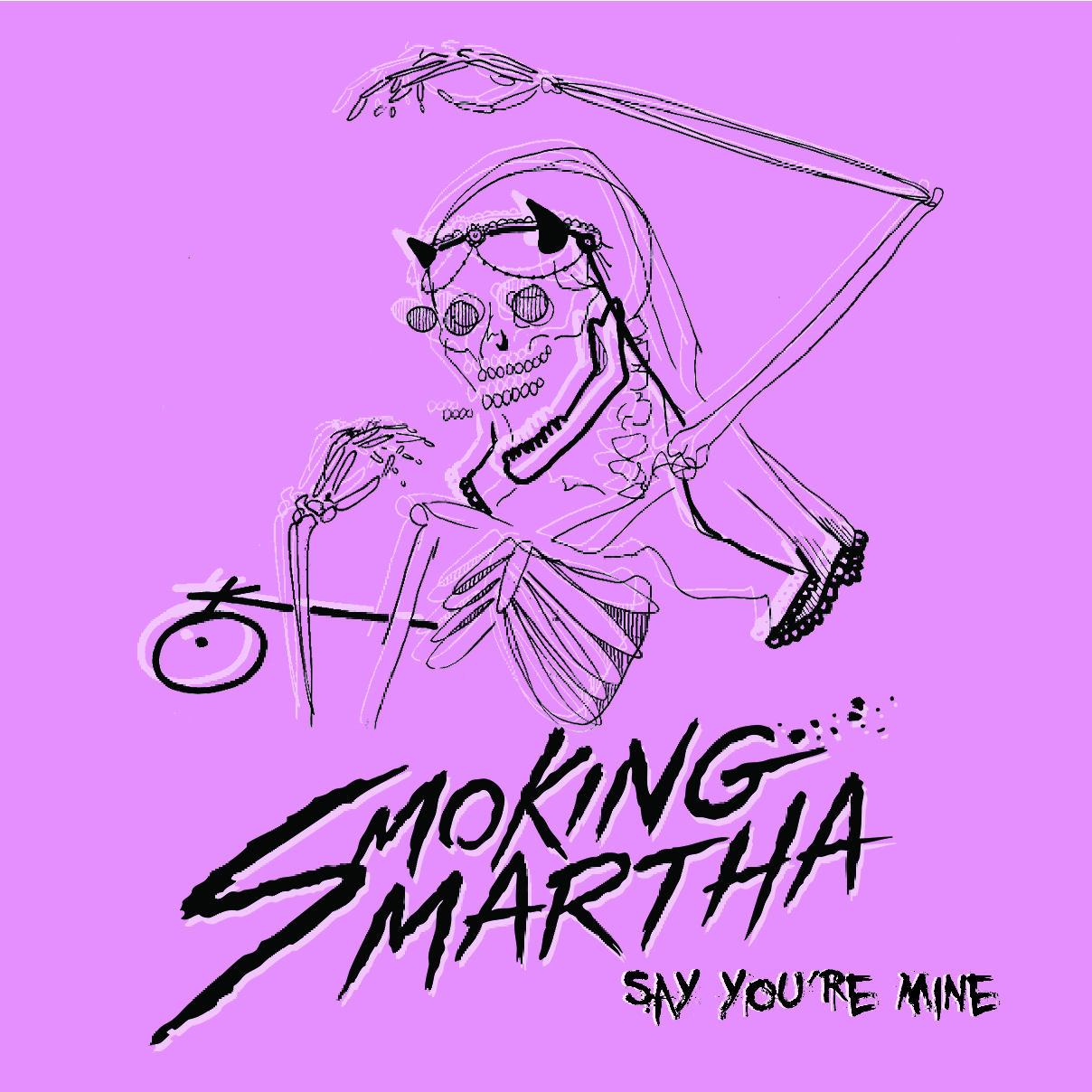 About a year and a half back…if you look through the archives to around May of last year, you’ll find the review I wrote on Australia’s Smoking Martha…a band I was quick to double-down in support of.  Justifiably quick mind you…I don’t just toss around my enthusiasm because it makes us all feel good – if I’ve got great things to say like I did surrounding their self-titled EP, it’s because they’re real and valid comments.  Same rules would apply if what I had WASN’T so enthusiastic too of course…that’s real stuff too…Smoking Martha just has no clue about that because fortunately they make music so strong that they’ll probably never even have to deal with the critical side of me if they continue at the quality they put out in songwriting, performance and production.  I cracked a smile when I heard “Say You’re Mine” for the very first time…the new single from Smoking Martha still has the gigantic dynamics that made this band stand-out for me the first time around, they’re still edgy and extremely powerful, they’re still kicking all the ass…it quickly felt like catching up with old friends.  Old friends who, as reliably as they ever have, boldly entertain my entire face with their incredible music…I missed this crew – and I really do love this band.

The icy-grip of their bone-cutting rhythm & groove hits quickly on “Say You’re Mine” as the chops start flashing quickly in the guitars from Mick & Az, low-end bass tones from Matty rumble & shake, and the drums from Jordy get increasingly malevolent & punishing as the song begins to build.  As impressive as she’s always been if not more-so, Tasha still continues to reign supreme and be a huge draw in the Smoking Martha sound; though if I’m being truthful, even as good as I recall this band being – it really feels like the stakes have already been raised and the entire band as a whole is at their best on this explosive new cut.  Incredible dynamics in the writing & music and a punched-up mix of their killer performance lead Smoking Martha to a decisive victory on “Say You’re Mine” – you just can’t argue with the raw energy and power of this tune.

I’ve rained a hailstorm of comments about how important video is to the independent music-scene lately…whether through here on the pages or in our shows SBS Live This Week and the SBS Podcast, I’ve made numerous remarks about just how completely essential it is to get SOMETHING going visually so that people will watch something amazing onscreen and actually get their ass to a show.  It’s crucial…it really, really is in this day & age.  I’ll say this definitively – Smoking Martha sure seems to get it; check out the video below for their new single “Say You’re Mine” and prepare to have your mind blown!  Not only has this band produced a seriously stunning new song here – but the video shows that the tremendous focus of this crew reaches far beyond the music…that they’re determined and doing everything they can to scratch and claw to that next level.  From what you’ll see in the gorgeous shots set in the forest combined with the absolutely incredible live band footage spliced in between – Smoking Martha has put together one hell of a hot video and visual adventure onscreen to support “Say You’re Mine.”

As I’d mentioned to them last time around…Tasha will lead this band to extraordinary success.  The four guys that rock the house down around her are solid as fuck – she couldn’t ask for a sturdier & more electrifying band than she already has backing up her incredible voice.  Every bit as beautiful on the outside as the tone in her voice – the video also focuses on her this time around…and if I’m being truthful…I still think this is a solid direction for this band to head in.  You can see from her performance onstage live in the video or alone in the forest that not only does Tasha have the overall look of a superstar – but LOOK into her eyes and you’ll also see the fierce determination of an artist that is hell-bent on finding success & satisfaction…however she might find or define it.  By taking the weight on her own shoulders and off of the rest of the band – she sets them loose to rock at their hardest; the band shots throughout “Say You’re Mine” are absolutely unreal to watch…sharply edited, black & white, crisp & clear – this band looks and sounds like the mammoth rock-stars they’re clearly born to become.

The hooks are strong, the movements in the vocals are sleek, sexy and powerful; the control that Tasha puts into the chorus is audibly impressive and entirely powerful – she really nails the highest-part of the final line with all the precision and passion of a true professional.  The breakdown is wicked…the guitar-solo back into the song is flawless and the final bring-back storming towards the end has all the energy, power and rhythm you hope it would have – make no mistake, Smoking Martha delivers on “Say You’re Mine.”  I’d easily put this song in there with the best I’ve heard from the band to-date – this band continues to slay it from the lefts to the rights and demonstrate why they’re one of the most exciting bands out there in any part of the rock-genres you’ll find right now. 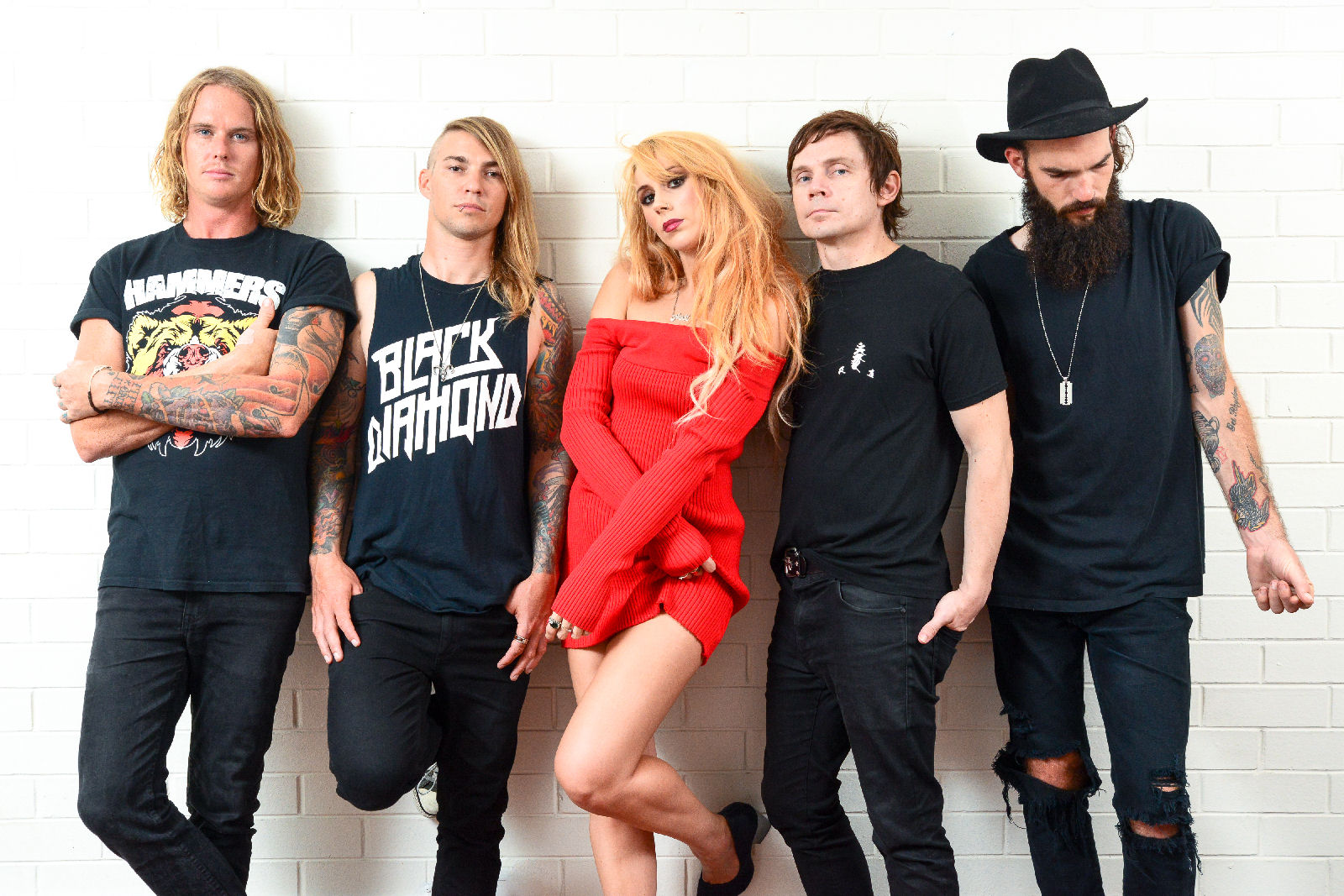 On a semi-related sidenote and final thought…can you imagine an indie tour with Smoking Martha and Vancouver’s This Day Burns?  We definitely need to connect those two bands and get some kind of like, overseas exchange program & tour going on…that’d be the double-bill of an indie lifetime!  Find out more about Smoking Martha at their official page here:  http://www.smokingmartha.com/ 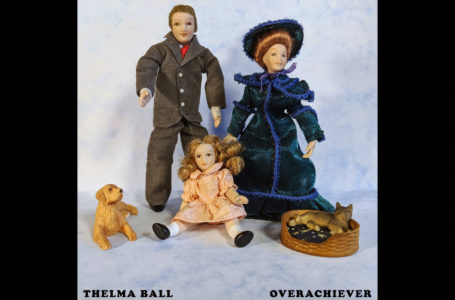