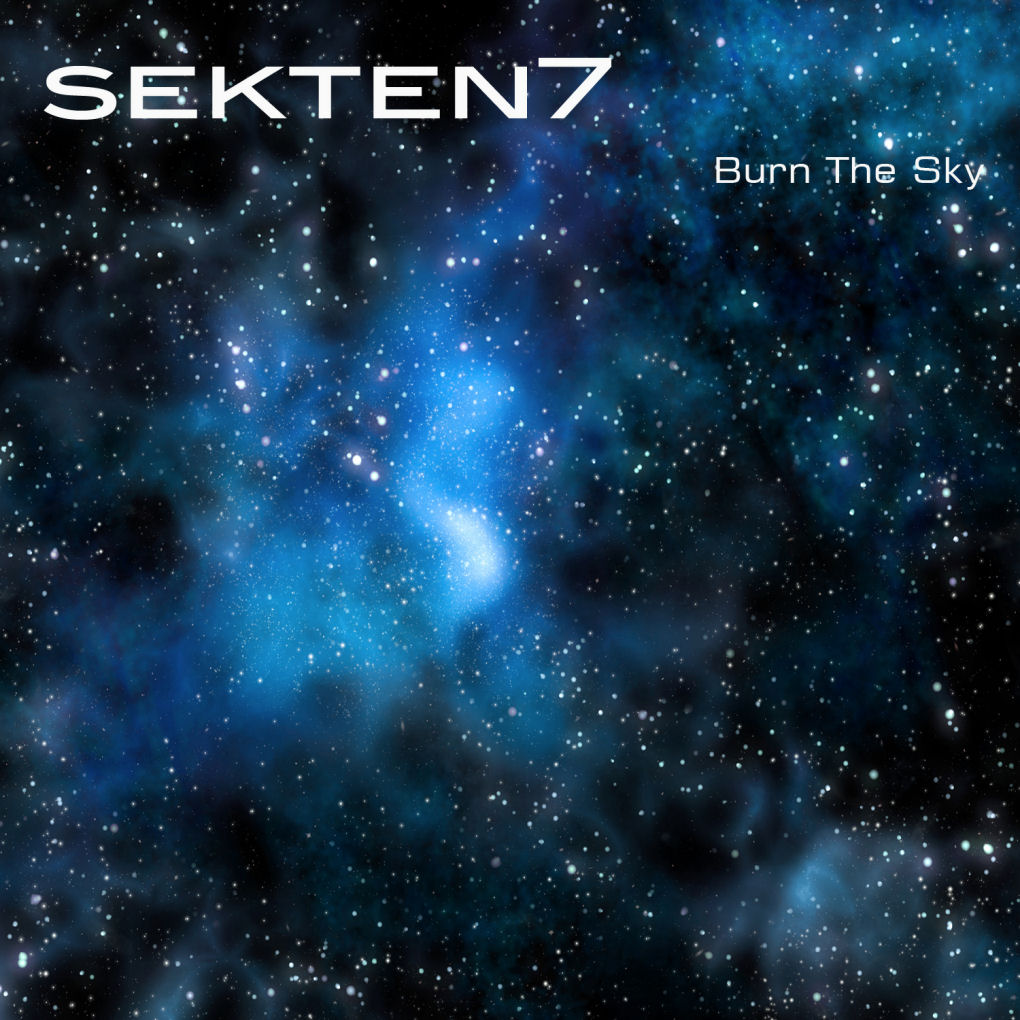 Where are my audiophiles at? You’re going to love this new single from Sekten7 every bit as much as I do. If you’ve got a penchant for music with atmosphere so rich & thick that you can reach out and touch it – this electro/sample infused beast of a rock-song is probably unlike anything else you’re bound to hear from anywhere else in 2015 and will fill the void that many feel exists in music with a structure, sound and assembly that’s truly unique, edgy & ACTUALLY new.

“Burn The Sky” has a punishing drumbeat programmed into it…at seven-plus minutes in length, those drum sounds provide the backbone and driving force of this new single and they definitely ensure that no matter what your volume is set at – there’s no way it’d be possible for you to be in your house and NOT know that this song is pumping out of the speakers somewhere. If it’s on – you’ll know. Stuttered-shots of drums pound through the opening as the guitars begin to crunch and a brilliant vocal sample is laced in throughout the main vocals.

Interestingly enough…that sample…I felt like I should have known where it was coming from. I gotta admit though, the older I get the more of a maze it’s all becoming; a lifetime spent listening to music and a third of a lifetime spent running a video-store will do that to a guy…so…I’m not ashamed to admit it – I googled the main sample’s line of “Extending the human sight far beyond the horizon.” Oddly enough…it actually linked me to a completely different band who also uses the same sample but in a completely different composition, song & structure. How bizarre is that though? A lot of times we lean towards similar ideas in music…no matter where we are…but the idea that I could just type that into Google and THEN somehow come out with another band’s different idea on how to use this sample was nuts to me! Like I said…I don’t get out much…these things amuse me.

Regardless of the fact it’ll drive me nuts until I find out where this vocal sample came from – there’s a lot more in store beyond that, and again, Sekten7 uses it perfectly throughout to add to the atmosphere and kind of help establish the tie-in between the idea, music & theme of “Burn The Sky.” The female vocals are perfect and kind of give you an insight into Sekten7 that really reveals the difference in what they’re doing…you almost stop for a moment and really question if you’re listening to metal, to electro, or perhaps an even-newer combination…something like tribal-metal-electro. Whatever it is…it makes my face freakin stretch to the limits of happiness. She sounds amazing…although I’d be lying if I didn’t do the thing I hate the most about hearing a powerful-female voice in a rock setting – I instantly thought of the ghost that has become Amy Lee and was immediately hoping I wasn’t in for another Evanescence.

Much to my delight…that’d be where the thought would end as well…no hint of the ghost of Amy Lee haunting any aspect of this track beyond the comparison to a strong female voice. What comes later through the track as it twists and pulses and pounds through the monstrous beat and distorted guitars is actually an incredible male lead…he’s not singing anything in any kind of traditional style at all and I LOVE it. Sounds like what you’d imagine Captain Jack Sparrow singing like if he was to grab the mic for anything other than a sea-shanty for once; it has an extremely loose, strung-out, hazy, hypnotic delivery and production that I can’t get enough of. It slips and slides around like the words are floating directing from his lips and being pulled into the microphone via some kinda vortex.

“Burn The Sky” still finds a way to incorporate verses, choruses and a structure that’s just on the edge of accessible to all. Though it strays from any kind of traditional assembly – that’s one of the most refreshing ways to discover something that truly sounds unique and truly sounds new to the ears; and I think that Sekten7 has done an incredible job of uncovering a whole new direction to take music into. As of now…from what I hear in “Burn The Sky” – I’d be more than excited to hear anything that comes our way from Sekten7 – my ears love this.