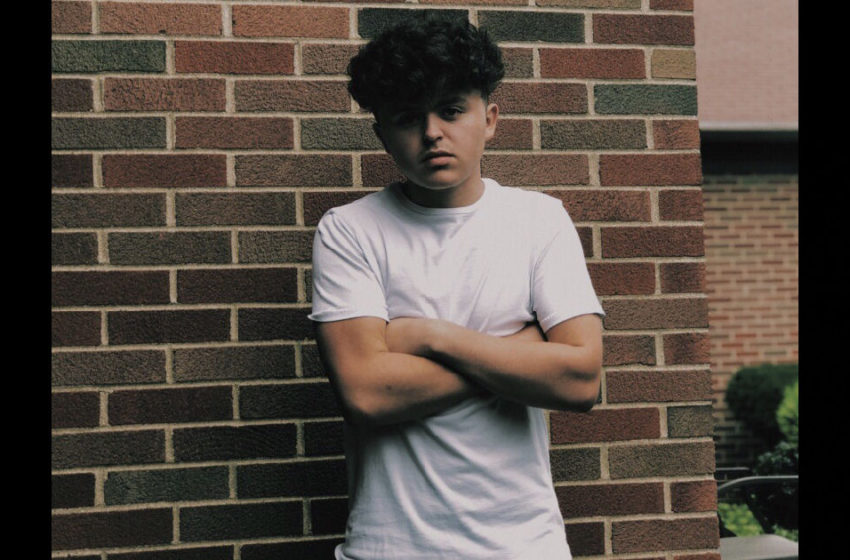 Representing Columbus, Ohio, y’all – Schwab The Autodidact on the m-i-c.

Definitely an emcee to keep an eye & an ear on; obviously you can see from the picture that Schwab The Autodidact is still a young man by all accounts…lots of room to grow still of course, which any artist at his age would want – but also mad audible skills on display to confirm he’s got the potential to go far.

A lot of that gets revealed through one of his latest joints, the “EP Of The Year (Nas Oochie Wally Remix)” cut he delivered for the Worldstar HipHop Competition.  First of all, the guy only gets two minutes to make his mark on this track – and you’ll be impressed with how he uses that time overall.  Diving deeper into social commentary than you’ll find the other cuts do in this review – Schwab The Autodidact put his best foot forward when it came time to compete, laying down thought-provoking bars laced with additional personal insight along the way.  Where he’s immediately winning…where this rapper will instantly pull you onto his side is in the confidence, killer flow, and understanding of how to use the dynamics of a sixteen to his advantage.  Here’s what I mean…  I’m not gonna entirely advocate for every lyric he’s written here, but I sure will in terms of HOW he spits’em and gets these words across.  For the vast majority of “EP Of The Year (Nas Oochie Wally Remix)” I dig the lyrics he’s written quite a bit actually…there’s only a couple lines here & there where you’ll notice that tend to stick out, whether it’s because the words didn’t reach that far conceptually, or the rhyme-scheme drops right out completely.  That’s where a lot of the magic is actually revealed though…it’s right inside of those moments; notice that the man never stops flowing, always keeps the words coming out smooth, and that they fit the metering, pace, and melody that exists in each line – that’s the key.  Tons of rappers out there have no clue about the fact that not every last word of every line has to rhyme – you feel me?  And that’s how a ton of’em get by – they play it safe that way & never deviate.  Ultimately, there’s nothing wrong with that – but if you listen to the true masters of the mic, you’ll notice that rhymes are not something that ever REALLY matter at all – that it’s how you phrase and position the words to your advantage within the bars that’ll lead you to the best lyrical success.  Schwab The Autodidact clearly gets that; he’s rhyming it up for the most-part and finding great lines throughout this cut, some fit that rhyme-scheme, others switch it up and start the lyrics rollin’ fresh in another direction – either way, again, notice & recognize that the man never quits, never stops spittin’ them words, and keeps this cut flowing from beginning to end.  Do I want lines like “everything that I write/comes up in the night” to be gone completely after hearing so many other brilliant lyrics taking place before & after it during this single?  Of course I do.  He should too.  I’m not saying that’s an inaccurate line…surely it’s probably reflective of what’s good & what’s real y’all – I’m just saying that there’s probably another more interesting way of saying that, & when you’ve put such a clear high level of thought into so many of the words in a song, any moment where that standard is dialed-back a bit, we’ll hear it homie, straight-up.  All that being said, I don’t want anyone to think I’m complaining too hard, cause I’m not; any emcee at Schwab’s age should want to know they haven’t hit the ceiling just yet in terms of what they can achieve – this dude doesn’t have all that far to go really…everything he spits on “EP Of The Year (Nas Oochie Wally Remix)” comes out spotlighting his skills & capabilities…he sharpens that pencil just a tiny bit more and he’s going to be competing with the best of the best, nevermind Worldstar.  So believe that – the man’s got skills, he knows how to use’em…now it’s all about focus and keeping every inch of the wax as hot as it can be at all times when he’s ready to hit that studio booth.  You’ll see right there onscreen as you watch this video that he’s definitely got what it takes to make this a verifiable career – check it out!

Precision and understanding how to use melody in a rhyme…these things are imperative when it comes to the kind of music that Schwab The Autodidact wants to create – and you’ll hear him flex the finesse on the mic that makes that magic happen on “I Had A Dream About You Last Night.”  Phrasing, pace, tempo, movement…these are all weapons in Schwab’s verbal arsenal that he uses at all times – these are the things that will go on to help set him apart from the rest out there.  When he’s at his most focused, he’ll transition flawlessly like he will throughout “I Had A Dream About You Last Night,” switching up his flow & style so fluidly & tightly, that you’ll just go along with him as he shifts the speed of his rap throughout this single.  This is what makes the difference though…and it’s important…with the minimalist approach to the beat & music that’s happening in the background, if he wasn’t displaying that X-factor, then everything would be all for nothing.  No matter what artist/band out there is working with sound based in minimalism, to stand out, you gotta rise up beyond that and BE the entertainment.  That’s where Schwab The Autodidact again confirms that he’s got that star quality that matters – he gets all this stuff & excels when the music is at its cool & chillest – that’s when he knows to turn up the heat.  “I Had A Dream About You Last Night” will start out highly relatable for many of you out there that have loved someone from afar, before Schwab will switch it up into a partly-personal tale of his craft as well – everything flows well and he keeps his style & swagger present on the mic at all times, which I like a lot.  On the inside of a two-minute experience…even with all that’s said in any given rap track…Schwab’s gonna have to make that choice as to whether or not he wants to flip the script thematically inside of these songs – or how much – he’s got good balance on “I Had A Dream About You Last Night” and never dips too far outside of the overall theme & what he’s really looking to say (to one specific person) here.

I’ll say this too – I’m one of those dudes that has always believed an artist’s current work should always be their best work…or at the VERY least, the artist in question should definitely feel that way about it.  Maybe over time, you’ll look back and realize it was hype & excitement…maybe you made a better record before when you re-listen to the catalog of tunes over the years later on – but at the time of, it SHOULD feel like you’ve got the best of what you can do out there into the world, shouldn’t it?  I’d imagine that, if I’m right about any of this, that Schwab The Autodidact should be “Feeling Good” right about now then – we’re ending this review on what’s definitely, in my opinion, his best to-date & most current cut out there online.  “Feeling Good” was posted up just a couple weeks back and this track has the JUICE…it has the SPARK you’re looking for – YOU will be “Feeling Good” just by listening to the fresh & uplifting vibe that this cut possesses from beginning to end.  Which is…actually…kind of remarkable really…I can’t place the sample that drives the music produced by BWAINBWO, but that’s from the easy-listening section ain’t it?  Believe me…it’s actually a huge victory to pull off something like this – again, a lot of that comes down to the energy that Schwab The Autodidact puts into his rhymes & delivery – “Feeling Good” might be a bit more involved musically than the previous two cuts, but it’s still a minimalist design at the end of the day, leaving it once again on the shoulders of this emcee to raise the stakes and create that verbal enticement for us all.  He’ll do that with another exceptionally smooth design & flow leading him to victory, along with backup from fellow homie Niko Luster in the mix to make sure these bars supply your ears with everything you need & everything you’d want as well.  Solid personality & charisma on the mic on “Feeling Good” at all times from the lead to the background; this track really embraces that essence of the roots of the Hip-Hop spirit perfectly – it’s fun, it’s got wicked lines, it’s got emcees that are right into the moment and making the most of every beat & bar of this single.  “Feeling Good” definitely leaves us on a high-note and makes a memorable impact through its good-time vibes and proves that Schwab The Autodidact is coming up in the game with strong material and the mindset & skills required to get him to that next-level he’s ready to rise up to.

Tags: EP Of The Year Feeling Good I Had A Dream About You Last Night Niko Luster Schwab The Autodidact Singles sleepingbagstudios 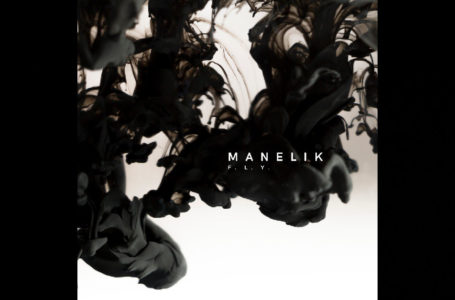