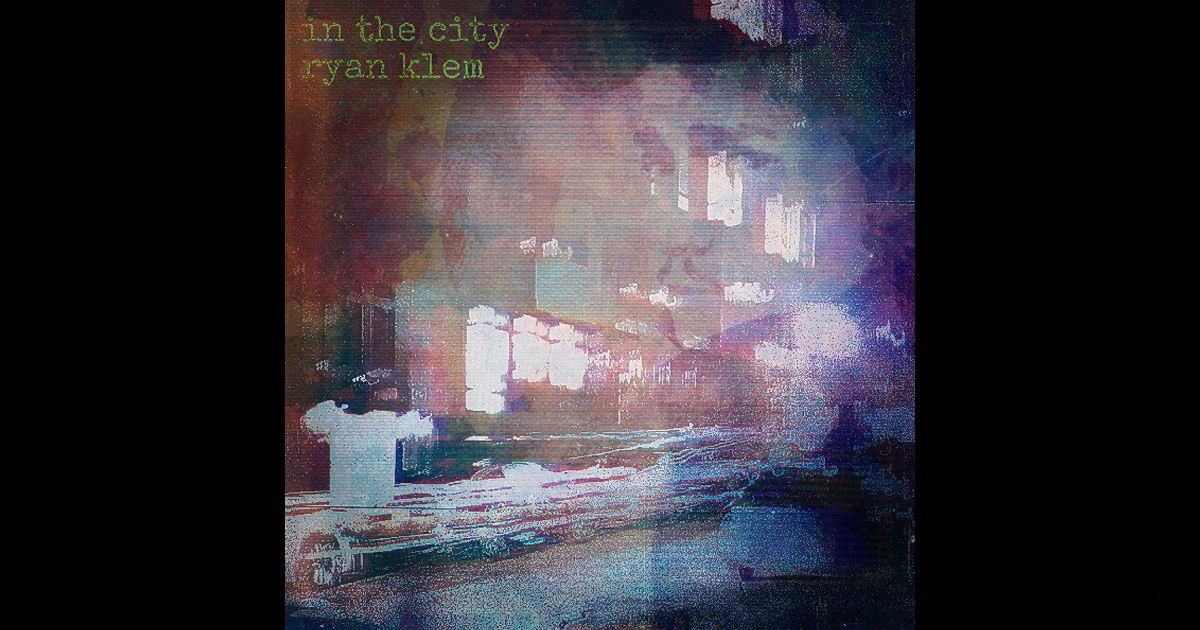 Dig this guy’s approach to music and overall philosophy…here in behind the scenes, Ryan let me in on some insight into his creative process:  “This is my “main” project but to be honest all music is really just my main project regardless of the genre.”  So there you have it – everything is fair game for this guy and it’s all on the table as far as where this could go – last time in 2018 it was Hip-Hop, let’s see what we got this time around with the new single “In The City” from Ryan Klem, aka Klem (when he’s Hip-Hoppin’).

Personally I’ve got all the faith in the world when it comes to this guy’s music.  Everything I’ve heard so far has had some sort of unique draw & appeal to it – the idea of hearing what he can do in a different setting is straight-up exciting.  “In The City” has him fiercely in the middle of somewhere in between Interpol and Minus The Bear…add in a bit more aggression for the chorus & some Modest Mouse wildness found in the verses at time…and voila, you’ve got Ryan Klem…at least kinda.  Whether or not I or anyone else can describe it is pretty much beside the point altogether anyhow – do ya like what you hear or do you not?  That’s what you wanna know isn’t it?

Well at the risk of going too far with my obsession for TV talent shows and stealing a line directly from them all without an ounce of shame – “I don’t like it – I love it!”  #truth – and I’ll tell ya why below…but check it out for yourself first – if you got ears, you’ll dig this.

I mean, in a sense it would be easier to try and pin down a super-short list of reasons why not, if such a list could even exist – Klem is crushing this cut with all the right ingredients and a freakin’ exquisite mix.  When the guitars & hi-hats need their time in the spotlight and the smooth sound needs space to spread out, he takes those opportunities to let the instrumentation shine; when it’s time to pull the ripcord, hit the distortion, and crank the heat right the hell up, he does that too – and with a perfect transition.  As many times as I’ve already spun this new single, I can tell ya without question, that the punch into this chorus is like a full-on sonic payload that detonates with powerfully gripping sound.  I don’t know if he’s rocking an e-bow on his guitars in this tune but I certainly wouldn’t put it past this inventive artist – Ryan’s clearly born for this and possesses no limitations in terms of which way he can take his music.  He’s been successful in Hip-Hop – and here on “In The City,” I mean…it’s like…it’s like SO DAMN GOOD you’ll absolutely wonder how in the hell he’d even consider making time for anything else!  This single has all the right dynamics in place in the songwriting to make a serious impact – he’s got that part down without question…textures, tones, attitudes & mood-shifts in the music, it’s all there – but it’s the true focus and execution here that’s brought everything that’s great about this song straight to the surface.

Not a single damn thing about this song I’d change – how’s that for a review Mr. Ryan Klem?  I’d be inclined to call this a seriously flawless cut and savage single that’s essential to your year…this music has so much LIFE in its veins, it’s borderline ridiculous just how much he’s packed into this cut yet how much space it has and how well everything fits & interacts with each layer.  Remarkable stuff Ryan!  And then the vocals, you ask?  Solid gold.  Dude hits it perfect in the verse to begin with, but once again, no matter what angle you examine this cut from, the execution of the chorus is what takes it to the next-level…that’s where this song goes from good to great in a flash – and in my mind…what I’m hearing in my ears…the MAIN reason for why that chorus is so effective, is that trembling energy & frantic intensity that comes along with the vocals – it’s entirely the way that Ryan sings “In The City” – that’s the magic.  And I get it, I get it…some of you out there might only catch a couple words if any at all on those first couple listens…masked by the overdriven sound in the chorus makes it even harder at times – my advice is to…….PUT IN SOME EFFORT listeners – you kidding me?  First of all, you don’t NEED to catch every word of every song to like it anyhow.  Secondly, you’ll hear more & more of Ryan’s words as you start to get familiar with the idea & vibe.  Thirdly – and most importantly…singing is all about expression & emotion…and in this particular case, a lil’ bit of raw-power as well…but those first two are key.  If you can master those, you wouldn’t need words at all…you’d be like what Sigur Ros is to so many North Americans…it becomes a frequency that we tune into and connect with.  That incredible rip of energy that tears this song from its verse to chorus is a HUGE moment in time and it’s got that intangible X-factor, that ‘maybe we don’t even always understand WHY we love it, we just know we do’ kind-of-thing.  You’ll certainly hear no complaints from me…I’ve been checking out all sorts of music that isn’t exactly what I’d consider to be in my normal wheelhouse or something I’d regularly turn on myself were it not for writing a review about it – it’s refreshing AF to have a cut like this I can’t get enough of.  This song is without question a savage victory for Ryan Klem – and it’s one you’ll benefit from as a listener.

Check out information & music by Ryan Klem and find the new single “In The City” at the links below! 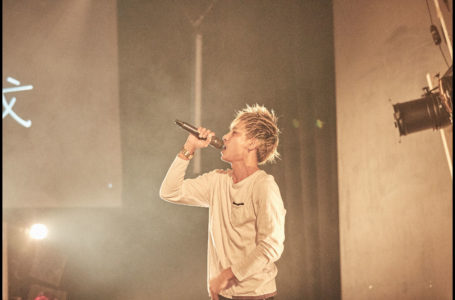