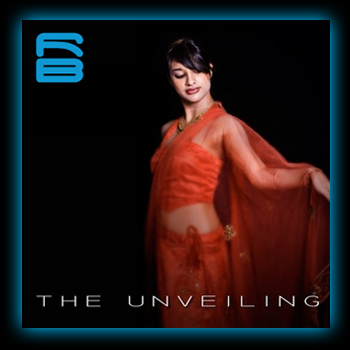 Ok ok Rimi Basu…I see how you wanna play this out now that I’ve heard the whole EP, The Unveiling; you think you can just up and go right ahead and redefine an entire genre of music with this clever combination of East meets West do you?

Actually…after listening…that kind of makes a TON of sense to me. In fact the first thing I thought to myself when the opening tune melody of “Surmayee” started out that the combination of sound was so smart and so clever that I knew I wasn’t just listening to a brilliant new artist, but also what might very well prove to be a gateway into the sounds of the East as a whole. I live in the West…that part comes naturally and has for years from being spoon-fed from the mainstream – but truthfully my exposure to World-Music in general would be something I’d carefully consider to be extremely limited. I might be more accepting of all-music than some people out there, but finding the great alternative sounds occupying the world in places I’ve never been to, seen or heard can be a challenge. So keep in mind…while this sounds incredibly new out there to myself personally…somewhere out there is a kid in his late teens or early twenties rolling his eyes and wondering what kind of cave I’m living in to have missed this style. And for the record…I haven’t completely; I’m somewhat familiar with Indian Pop-music, the style of which much of Rimi Basu’s work is based in.

Main point being – I think she brings something new to THAT genre – Rimi seems to have evolved Indian Pop to a new level on The Unveiling EP, and when you hear it I think you’d agree honestly; I don’t think this would sound ‘new’ only to my undereducated ears but most likely yours as well. “Surmayee” incorporates a much more chilled-out vibe & atmosphere than you’d expect within the typically party-mode Indian Pop sounds…this song is completely about the melody and bringing out the best in each aspect of the song to its brightest potential. Rimi sings beautifully, the song is a fantastic build-up mostly made up from melodic-drums and the vocals…slight backing instrumentation and backing vocals fuel the fire as it bursts into the chorus and really makes this opening tune soar into perfection. I’d say it was a 100% completely awesome first experience into the music of Rimi Basu – BUT….yes I’m afraid there IS a but on this one dear readers…but the copy of “Surmayee” that I have has been chopped at the end in such an unforgiving and brutal way that I’ve got to rant about that for a second…because the song is brilliant, and it’s stuff like this that KILLS ME!

And so to you independents out there, I say unto you ALL once again as a regular downloader of the incomplete rar-files, non-existent mp3’s and phantom-links you send to me…always TEST what you send out and make sure you know that your reviewers are hearing everything you intend them to hear!

“Mat Ja” continues to update the traditional sounds of the East with modern-day Western influence. We still get the incredible sounds of the drums and sitar, much like you’d expect, but the beat itself is certainly based in the present-day attitude of music, as are the auto-tuned vocals. As I’ve mentioned many times, auto-tuning is SAFE here – I GET IT…I fall in love with the sound every second time I hear it and I’ve used it myself on many occasions. The thing about Rimi’s use of it on “Mat Ja” is that I’m not so convinced she needed it, or that overall the resulting combination was as successful as intended. I think when you’ve heard her voice in “Surmayee” and the track to follow “Maahiya,” you get a real dose of what an expressive singer Rimi IS…and I think maybe the auto-tuned effect to vocals in “Mat Ja” took that away a little bit for me. But it could also very well be just that “Maahiya” and “Surmayee” also resonated with me a lot stronger overall for the completeness of the idea and execution in performance & song-writing…but honestly I think I was just missing the human-element of Rimi’s beautiful voice on “Mat Ja.”

What I really do appreciate, respect and like about Rimi Basu is just how authentic all of this sounds to me. Despite my feelings on the vocals in “Mat Ja” the song itself still achieves the representation of that blend & harmony of sound that Rimi is looking to put out there…everything she’s done on this record alongside The Kriya Collective is a real commitment to ideas & style, presentation and precision. Moments you’ll find on the next two songs “Keh Du?” and “Habibi” really see the best come from Rimi’s vocals in tone, writing and performance. “Keh Du?” catches quite a theatrical-groove to it, a lot of electro-dynamics supplying the beat; and while it’s still minimal, the changes the song makes throughout allow Rimi to display some of her most versatile skills as she quickly adapts to the atmosphere switching around her.

“Habibi” takes it all up one extra notch at the end and brings the energy-level up after a melodic opening. There’s such a fantastic use of drum sounds on this record…whether programmed samples or live-samples they gathered…it doesn’t matter, they’ve sounded excellent all the way through this EP. I really dig on the mix of sweetness in Rimi Basu’s vocals on this final song…of all her performances on this record it’s probably my favourite…she nails it here.

Someone out there must have agreed with me, because truly there is one more song after “Habibi” – you get the “Habibi Remix” right afterwards, so I couldn’t have been the only one to hear the sparkling performance on this tune. Giving it the ultra-modern treatment with an added big and hitting up the auto-tuner once again, there’s so much crossover appeal in Rimi’s music that it comes across as accessible, pleasing and clever on each and every song throughout The Unveiling EP. Unique, well-made & well-written…Rimi Basu is definitely doing something different here and different in all the right ways.

Find out more about Rimi Basu at her official page at: http://www.rimibasu.com/