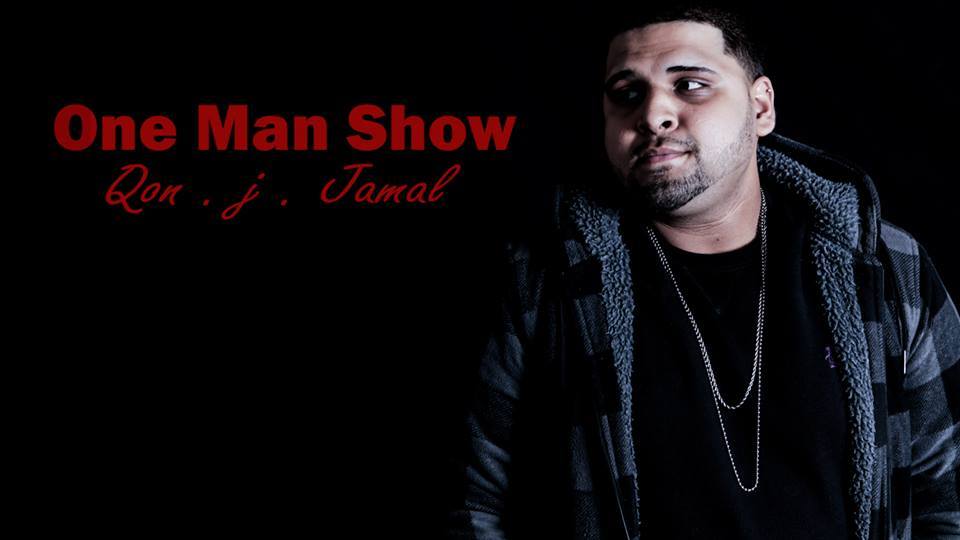 There are two things I can really dig in rap verse spit WELL; commitment and style above all. Qon J. Jamal has just recently dropped this album One Man Show – a complete rap set that leaves no room for doubt about just how much hard work went into every aspect. Full of style, commitment AND flavor – Qon J. raps with an audible dedication to his craft, making the most of every verse on every cut.

The music itself is vibrant and full of change-ups in texture and tone from track to track. The album uses a range of modern elements in production from fine chops to auto-tuned vocals but doesn’t shy away from showcasing his natural skills on the mic either. The skills themselves are sharp, with lyrics pointed hard to their targets, creating stories and themes you can certainly follow along with throughout any of the tracks.

Annnnnnnnnnnnnd…while many of those themes would be dismissed by many as “typical” themes that show up in every second rap song (Bitches, money, guns, drugs etc…) – it’s the style of Qon J. that was able to get me past what might be “typical” about the songs and appreciate what he’s bringing to the table.

In this humble reviewer’s opinion the best asset that Qon J. has going for him is that I could easily tell him apart from other rapper’s in the game. To have a sound and style all your own in the rap universe is a tough thing to achieve, but Jamal knows how to find himself “in the pocket” on each of these tracks here on One Man Show. Whether it’s a more straight ahead beat like the one used in “Headed To The Top,” or more on the unique side like in “Talkin To The Clouds,” he has a groove that he can easily slide into to deliver his intricate flow. And yes, surely there are East-Coast rap all-stars you can hear that have influenced his style, but at the end of the day, Qon J. Jamal truly owns what he does.

Sample choices are varied enough to keep you plenty interested through this short but tightly made rap album. And it doesn’t stop there either! My first introduction to Jamal’s music was through the New Year’s anthem he just dropped on Soundcloud at the front of this year already. The anthem itself takes you all over the map in just a single track, again highlighting Qon. J.’s ability to adapt his style to a whole variety of song-styles.

Versatility…the ability to adapt…style, commitment and skills to match…I mean…if those aren’t the ingredients that should lead to longevity in the rap game, I don’t know what they’d be. You might just be hearing about Qon J. Jamal now, but if he keeps on the path he’s on at the rate he’s at with the dedication, care and time he’s obviously putting in…you might just have a few more albums in the “Q” section of your collection quicker than you think.