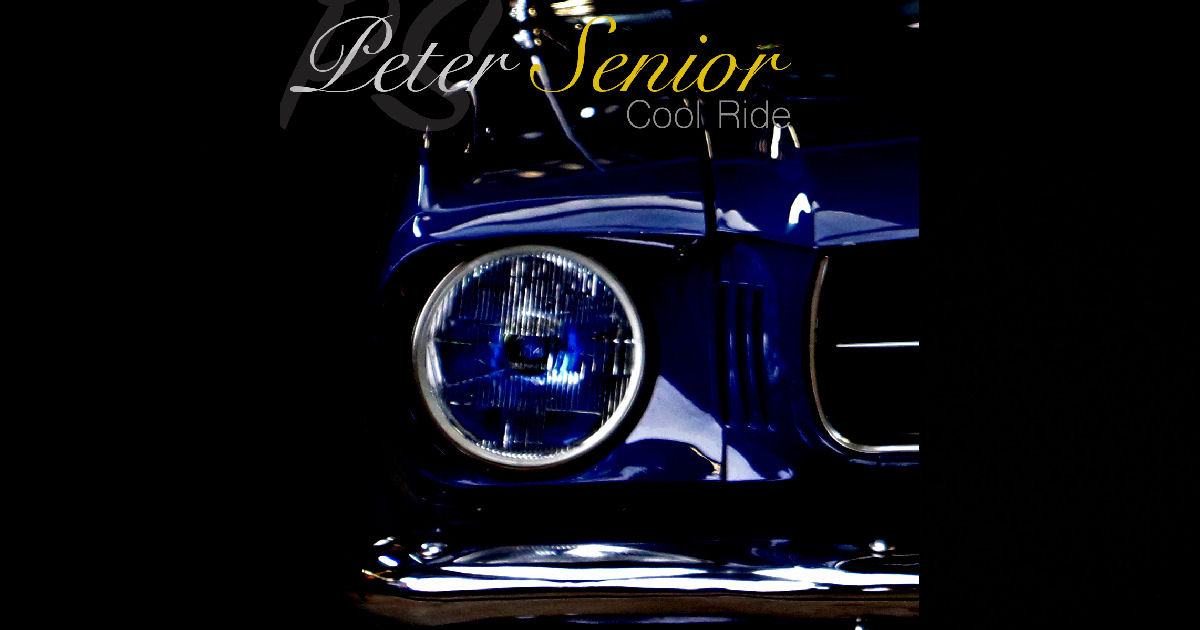 Okay Pete, you got me.

First of all, I’ve never had a press release try and seduce me before…so there’s that.  I mean, I’ve had plenty that have attempted to entice me to listen…but this was next-level – that’s a sexy write-up brother!  Charms the pants off a person before they even start listening…you gotta love it.

Secondly, perhaps most importantly, good ol’ Pete here, has the attitude and chops to back it all up.  I’m not sure exactly what it was, whether it was the pace or the swagger or the rhythm…there’s something about the opening verse of his new single that really reminded me of The Boss…there’s a similarity in there somewhere that’s hard to describe but apparent to the ear.  And of course, here I am putting that in print and on the record when I’m not even entirely sure I don’t mean John Mellencamp or Tom Petty.

All that being said, on a musical-level…or like, how the sound of Peter Senior’s new single presents itself – none of that’s at all like any comparison I’ve made so far.  As cool as Bruce, John, or Tom have been in their music throughout the years, they’ve never gone full-blown cool like Pete is here on “Cool Ride” – know what I mean?  This song is like the audio-equivalent of the lush interior of a Cadillac!  The space used in the music surrounding Pete’s stylistically smooth vocals is freakin’ magnificent…it really allows key character elements in the music like the insatiably awesome trumpets and piano to shine gorgeously throughout this song and really add the cool into this “Cool Ride.”  Other noteworthy aspects are the precision drums, the incredible background vocals complementing Pete’s lead perfectly, the killer bass-lines (which might actually be piano as well…not 100% sure…) and how subtle they are – even the snaps at the beginning of this song are ACTUALLY cool!  For real…when was the last time you heard snapping and thought, ‘hey, that really ADDS something to the sound’ besides never?  I’m not even kidding – it WORKS here and really starts “Cool Ride” with genuine personality and spark you don’t get from many cuts out there.  It establishes that cool we’ve been promised from the get-go from Pete and this single continues to build upon its strengths from there.

Lyrically, this is entirely sound…not only are the words full of double-meanings and innuendo aplenty – but the wry-grin expression & dry-humor tones of Pete’s vocals throughout the first two minutes of this song keep you walking that line of ‘is he serious or is he playing around with these words’ the entire time.  And when you get the opportunity to listen more than once & start spinning “Cool Ride” over and over – you really start to realize just how perception becomes key; I know how I’m personally hearing the words of this song, but I fully recognize the fact that others could potentially have a COMPLETELY different experience just based on how they take-in these lyrics and what they’d mean to each of us.  To me – it’s that…ohhhh how would you put it…it’s that like…clever wisdom that you can hear in Peter’s voice that tells me he’s in full control of every word he sings and is a complete master of innuendo.  And honestly, it’s because he never really slips out of the gear he’s in throughout the first two-minutes that keeps so much of his performance so badass & cool to listen to…because he never breaks character.  The cool is flowing right through him, into the music, and right into your speakers thereafter.

But here’s the thing.  As much as I loved the first two-minutes of this song – it’s the final minute that truly blew my mind and made this “Cool Ride” a journey completely worth taking.  Talk about a reason to turn a song right UP – the way that Peter elevates this entire song over the course of the last sixty seconds or so…is truly beyond words.  This is the most decisive moment in the song where he completely steps out of the shadows of any possible comparison and right into the magic of what makes him an incredible performer, entertainer, and artist in his own right.  Hearing the piano begin to intensify and start to rumble & shake with power as this song shifts past the two-minute mark is freakin’ immaculate really…you can feel the moment building in both the music AND in yourself as you listen for the payoff that’s coming just around the corner.  The brass continues to thrill with brilliant tones surging through the atmosphere…the beat builds rapidly…and then…THEN…here it comes…wait for it…

…Peter Senior lays out a moment on the mic you couldn’t possibly forget.  Right before the 2:10 mark, the dude just DETONATES and stuffs an insurmountable amount of cool into the microphone for a thirty-second jolt of pure energy that’s seriously amazing to listen to.  Pete sir – have you been holding out on us?  On that first listening experience, you’ll never see it coming…you’ll feel it, you’ll HOPE for it – but you still won’t bank on it happening, because good ol’ Pete’s been playing it so coy all along.  Once the moment arrives though, you’ll be wishing you got another full song’s worth of the final minute…it’s just nailed as nailed can be and an extraordinary highlight ending to what’s been a truly “Cool Ride” throughout the entire listening experience.  This Pete guy can SING!  Awesome cut all around and the execution is truly stunning from all aspects to the smart additions in the sounds in the atmosphere to its main melody, rhythm & groove…vocals and musicianship are killer, lyrics too – this was aces, all-around.

“Cool Ride” comes out officially on August 31st – until then, stay up on the details & find out more about Peter Senior at his official website at:  https://www.petersenior.com.au