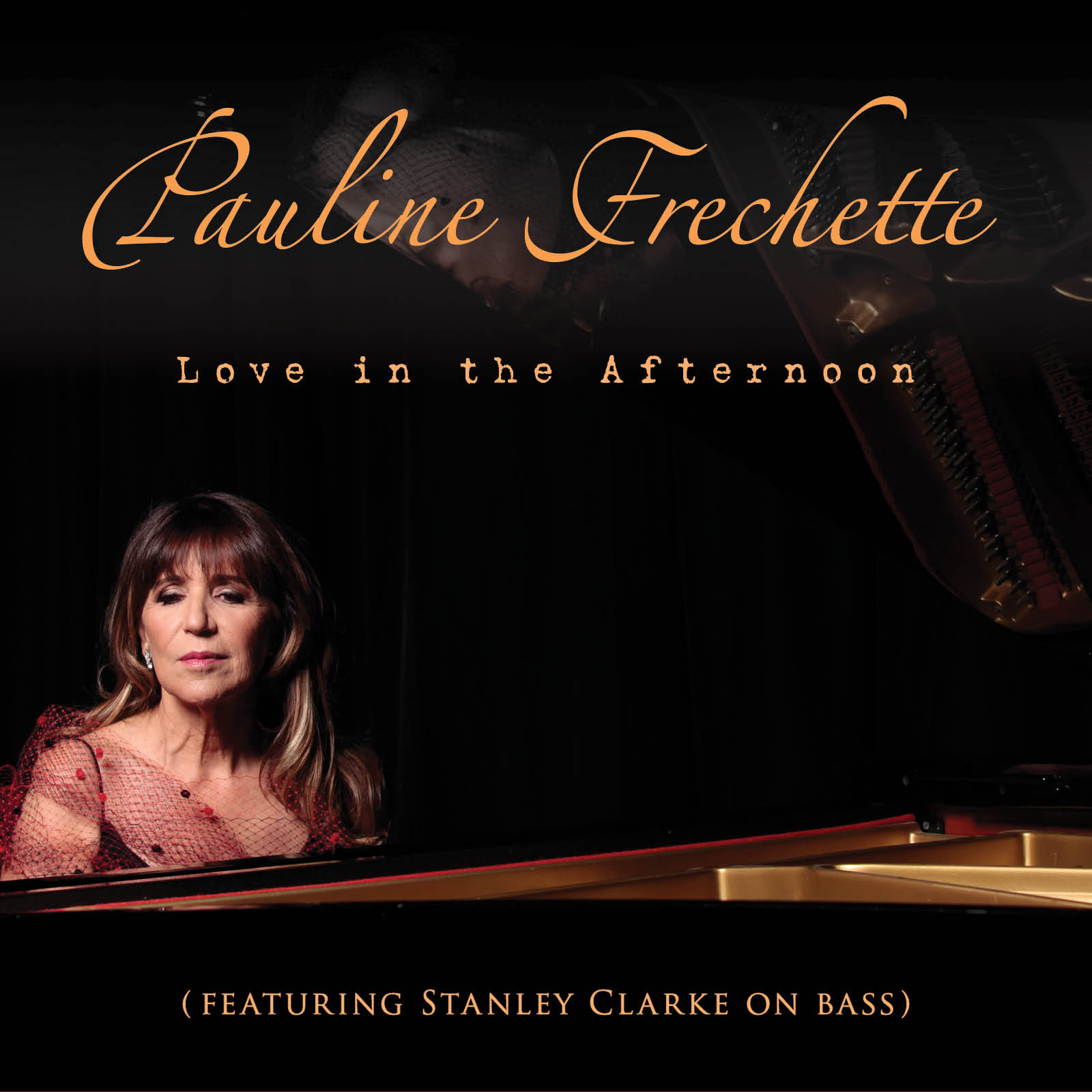 The world-class vocals of Pauline Frechette are making the rounds on the internet once again with the single “Love In The Afternoon” featuring Stanley Clarke already taking on an impressive average of about 10000 hits per month on her Soundcloud page.  Keep in mind…that’s just one platform – her music is available on several; there’s no doubt that there are several more thousands of hits on these songs on top of the already massive numbers we see and that the people out there are truly connecting with the graceful and beautiful approach she takes to her songs.  She’s establishing herself firmly in the music-scene out there…it’s inspiring to watch her audience continually grow as quickly as it has been.

This particular song has also shown that the support for Pauline’s music is rapidly growing; “Love In The Afternoon” has found itself snugly inside the top-50 in the jazz/blues genre of Soundcloud poised at position #23 & ready to continue its rise on the charts.  With the smooth bass-lines from Stanley Clarke assisting the beautiful vocals & piano-playing from Frechette – they’ve found a blissful harmony in their combined talent on “Love In The Afternoon,” another entirely enjoyable song in Pauline’s catalog.

Her new song starts out wrapped in a warm & glowing atmosphere.  Thought it’s listed as Jazz & Blues I’d probably attempt to challenge that somewhat; you get a lot more of the jazz-side than you do the blues-element at almost all times on “Love In The Afternoon” – and even though jazz probably makes the most sense…even that’s a somewhat odd-spot for this theatrical adult-contemporary composition.  I could argue that the bass-lines from Clarke give it that ‘jazzy’ element…because that’s where I personally hear it the most – the rest of the song is a lot more traditionally-structured surrounding it.  But that’s neither here nor there…the point is really that she’s created another beautiful song; no matter what section it ends up in or where you might find it, facts are facts.

I dig the delicate nature of this composition…it certainly reminds me of soundtrack/musical material, but in a comforting and good way.  Not saying it’s any kind of background music – this would be the kind of song that’s sung out-loud by one or more of the cast you’d see onstage or onscreen.  As expected, Pauline delivers spot-on with her tender approach and whispery-vocals rising & falling perfectly with the energy & emotion you’ll hear in the music.  She’s written a tough song to sing – but she’s really found all the right angles to bring the melody to life gorgeously, honestly and with real sincerity in her tone.  Pauline has a real gift when it comes to being able to express herself through her voice…it’s not just the words she sings, but HOW she sings them – know what I mean?  Her beautiful & graceful instincts lead her down the right path for her style & sound each time I hear her – and “Love In The Afternoon” is no exception.

The added instrumentation alongside the piano & bass always finds a way to complement the rest of what’s happening and sounds truly inviting at every turn.  Isn’t that the interpretation you’d be looking for on a song called “Love In The Afternoon?”  I think it is.  I think Frechette has not only done extremely well with the composition, writing and performance – but I feel like she’s really nailed the subtext of the entire song by creating an atmosphere that’s as invitational as a warm embrace with the person you love most in the world.  Hats off to Pauline…her music is well-outside of the genres I typically gravitate towards – but her voice, ideas and music always manage to pull me right in close to listen.  She’s made magic once again on “Love In The Afternoon” and captured captivating and beautiful emotions on this brand-new single…she sounds timeless.

Find out more about Pauline Frechette at her official page:  http://www.paulinefrechette.com/