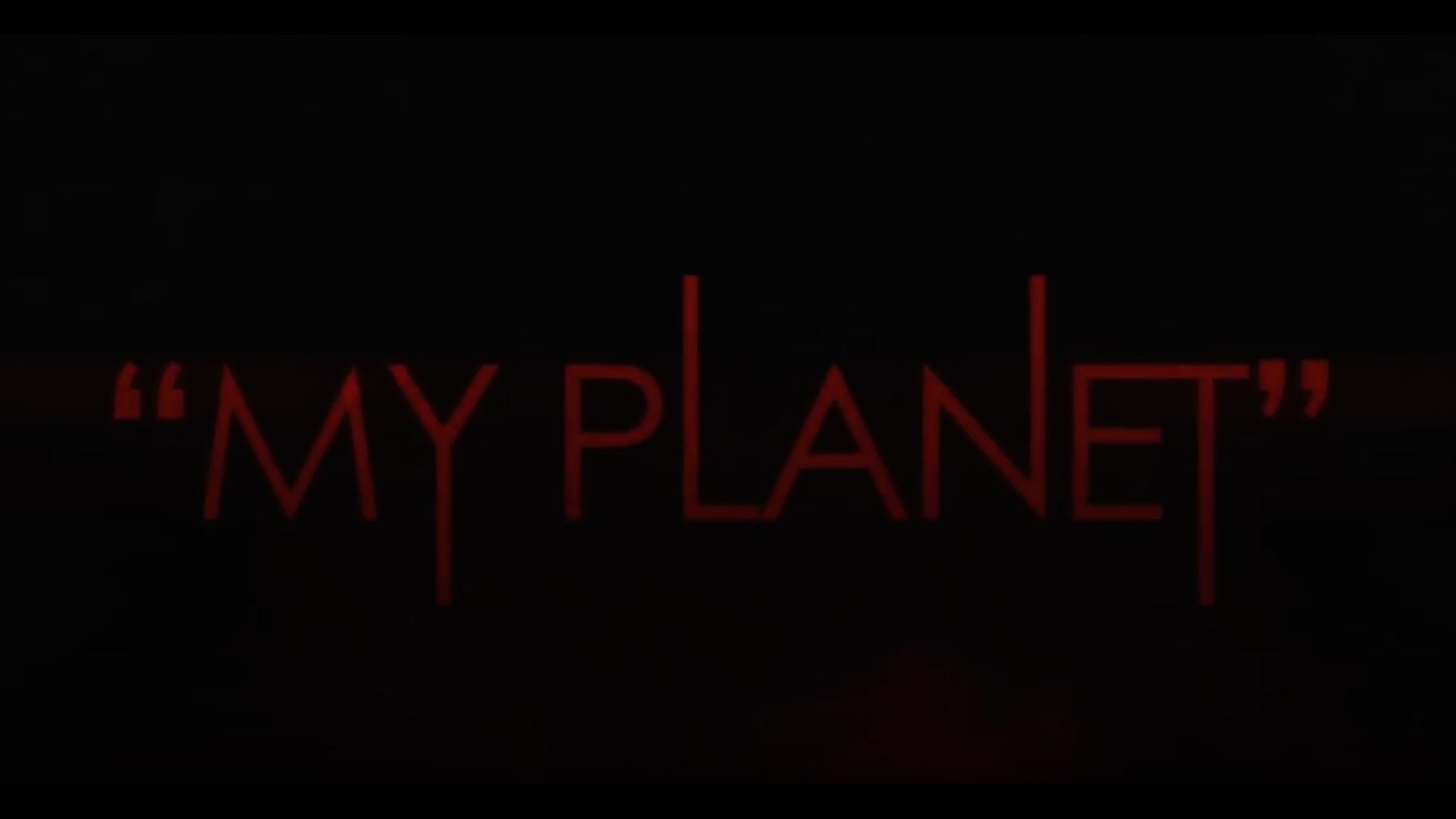 Pastobal…you know I love ya…but I swear if I have to somehow dive into yet another new genre here, I might just lose my mind!  When you look at the new video for “My Planet” at YouTube, you’ll notice in the write-up that it mentions it’s ‘an eroticastral song’ – like…whaaaaaaaat?  Not gonna lie…I had to go and Google that term immediately just to find out what was up with that; and it returned some pretty vivid imagery, but other than that…seems to be a new term coined by Pastobal to describe their latest single.  Thankfully there’s a few reference points in the music for me to follow otherwise I might need a map or a star-chart just to navigate and find my way through this review!

I’ll say this…I dig it.  There’s a ton of dimension and depth to “My Planet” through its sound and Pastobal’s performance – but also lyrically; and all-in-all I think the results of their efforts show that they’ve shifted their music towards a really artistic place on this new single.  Excellent intensity in the music as the acoustic-guitar rhythms start-up, then take a backseat as the bass & percussion come in to take the lead.  Then you get Pastobal’s vocals coming in next, singing in a way that’s like a mix of Dave Gahan, Nick Cave and Glenn Danzig all in one – if you can imagine what that sounds like, then you’re one of the lucky people out there that clearly has a diverse taste in music that incorporates large amounts of drama and theatrical elements into the sound & performance within artistic structures and wild ideas.  And good for you – you should be one of those awesome people!  “My Planet” is that kind of cut…so if that’s you’re thing, this is where you wanna get on the bus or the bandwagon and check this tune out.

Best way I can think of describing this song is to take a quote from Henry Rollins, who when talking about the music of Iggy Pop in one instance said it makes you want to ‘fight and fuck all at the same time’ – that’s probably as accurate as it would get applying that statement to how “My Planet” makes you feel when you hear it.  Point being is that there’s stunning contrast that exists within this song…there are elements of danger & menace provided in the music…hints of aggression & tales of bold obsession in the vocals & lyrics.  The words themselves are pretty explicit as far as the imagery is concerned – and you’ll see from the video that’s been put out to support “My Planet” that there’s definitely an intended sexiness that comes through the lyricism that gets adapted to the screen.  The most decisive contrast in this track come through the ultimate meanings in the words they’re singing & also HOW Pastobal sings them – that’s where the real magic of this track begins to make the most of its ambition.

Because look…many people out there have said ‘I love you,’ many people out there have had one-nighters that mean nothing at all…and regardless of what you might think this song is about on the surface – I think when you really listen to it, you’ll have to agree that “My Planet” is actually one of the most intensely written love songs out there.  While much of what is described is derived from the animalistic part of our lustful human-nature – the consistently unshakable focus upon the subject of this obsession gives the song the perfect mix of erotic-danger with an almost Fatal Attraction-esque amount of love expressed in the process.  Many people out there have meant something to us along the way…but whomever this is that Pastobal is singing about here is up on such a fantastically high pedestal that their entire world has become about them…hence the title, “My Planet.”  If you’ve ever been in love or lust so deep that you’ve felt like you’d never find your way out of it…then you understand the elements of beauty and danger that come with that; we can often love someone so hard that they completely absorb us and we can lose ourselves completely inside of the ones we love most.

Pastobal’s done a great job of bringing those kind of complex emotions, concepts and ideas into this new single and the way they’ve performed it certainly makes the moment a truly real one to experience.  You might think they’re partly crazy at first…until you realize you either agree with much of what’s being sung about or have experienced it yourself somewhere along the way…then you realize that Pastobal is just bravely giving a voice to a lot of the voices we hear inside our heads & hearts.  And whether they look towards the dark internally or let in a little light through the focus on irrepressible love – they’re communicating the mix of emotions and power they hold on us pretty damn brilliantly here on “My Planet.”   It’s a really solid tune with well executed ideas that’ll haunt your soul over the days to come as a result of Pastobal’s thought-provoking lyricism and determined expressions…they’ve written feelings and emotions into this tune that are stronger than steel and rock-hard in their intentions.

The power of desire has completely taken hold of them on “My Planet.”  I suppose what I’m ultimately saying is…if Pastobal is on one side…and whomever they’re singing about is on the other side…and for whatever reason YOU find yourself in the middle between those two points…well…I’d get the fuck outta the way!  From the sounds of the words on “My Planet” – nothing is going to stop them from getting exactly what they want…that kind of confidence is attractive and a beast all to itself; it’s our animal instincts and innermost fantasies that Pastobal passionately describes so well here while singing-out the thoughts on many of our minds.  You might just be shocked to find out how much you agree with that.

“My Planet” is the lead-single from the upcoming record Logon Calling, officially released October 17th.  Find out more about Pastobal at their official Facebook page:  https://www.facebook.com/pg/Pastobal