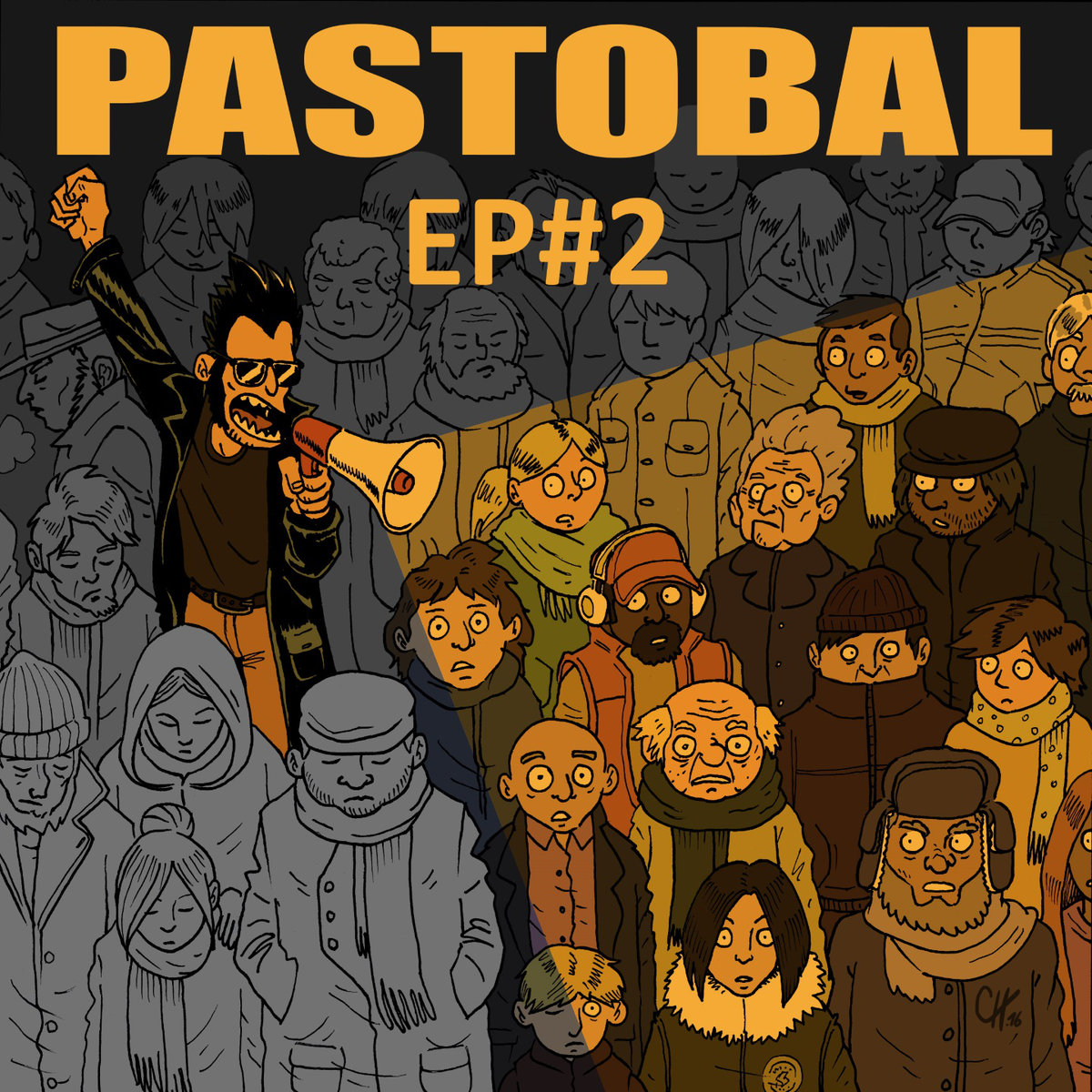 Interesting music from Paris, France…I’ve been checking out a band called Pastobal over these past couple days and the latest release, EP#2.  Their new record consists of four tracks, a set of originals, then those same two originals remixed into completely all-new electro-compositions.  With the unique approach taken to each secondary-mix of these two songs…I dunno…something about their idea makes this new EP sound like it genuinely has four all-new songs.

There’s ambition here for sure…you can hear that Pastobal can definitely create a rhythmic & melodic song…”Les Emmerdeurs” starts-up and quickly becomes musically-impressive, catching your interest immediately through a slow, clever build-up.  It sways gently and tenderly as it begins with bass-tones that are completely inviting to the ears alongside the easy-going, precision-beats from the percussion.  As far as the vocals went for the first song…they were bound to shock my ears a little by being in French…but I think it took more getting used to than just the language barrier; the approach is a very confident one – but one such that I wasn’t quite sure if it fit the music one those very first listens.  After a couple of repetitions, I found myself appreciate the dramatic-nature of the vocals and the thoughtful/pensive way that the music supports them.

“I Met A Man” takes Pastobal into an all-english song built on a solid, intense rhythm & acoustic-groove in their second tune.  Again…bass and drums continually standout as excellent in Pastobal – I’m loving that combination, whereas the rest always seems to take me by surprise.  “I Met A Man” nearly sounds like what might happen if a band like The Editors or She Wants Revenge went towards the acoustic/pop-side of music.  Or you could potentially cite a band like The B-52’s as well…I’m not sure if that’s one they’d want in there or not – but in listening to “I Met A Man” I can sure as heck tell ya the comment is a valid one.  It grows into quite the playful and addicting tune.

Even though my own natural penchant for electro-music has been fairly stalled lately, it’s never a sound that’s very far from entering into the speakers again soon.  For myself personally…I think I found I either liked these two remixes of Pastobal’s music equally in comparison to their originals, if not just slightly even-more.  I think for the most part, I felt pretty strongly that these new remixes of “Les Emmerdeurs” and “I Met A Man” both benefitted from the additional electro-elements pulsing and filling in the sound a little more and adding to the madness behind their front-man.

They are approached quite differently though, which stays true to their original format in the sense that these two songs are really separate from each other in ideas & sound.  The “Les Emmerdeurs RG Remix” gets a lift from the constant low-end beat that brings an all-new energy to the way this song comes out.  I loved the way that the breakdown occurs around the two-minute mark, and I especially love the way it all comes back in.  With the electro-additions all radiating a sonic-brilliance on repeat at the end, the final minute of “Les Emmerdeurs RG Remix” becomes an energetic and enthusiastic highlight on this EP.

I think for me though…my favorite song might have come at the very end with the “I Met A Man RG Remix.”  I mean…NOTHING about this remix, nothing about this song really…is typical.  A lot of times it literally sounds like the man you hear ranting from the city sidewalk up on a soapbox half-naked in a housecoat as you’re passing by on your way to work…but…is it wrong to LOVE that?  The “I Met A Man RG Remix” sounds quicker-paced than its original version – and I really think that the pacing & tempo overall are what lead this song to a more complete victory here in its remixed version.  For instance…the ‘la-la-la’ chorus could have truly been a simple one – but the way they made it all flow together makes their singer’s vocals sound one octave short of a straightjacket…and I think the sound of it is both hypnotic and catchy in all the right, weird-ways.

Let’s see…what do I want to say to end this review off right and really say how I feel about Pastobal…  To be truthful…I know that this EP took some ‘getting used to’ on my own part before I found myself enjoying it more than I found myself confused by it.  I think that they’re potentially strong on their own without the electro…but I don’t think that when they branch-out & remix that it hurts them either, I think it works.  It really allows them to express their creativity in different styles and justifiably make four-songs from two become entertaining without being repetitive – and it also gives you a bold impression that you’ll never quite know what to expect from the minds and music of Pastobal.

And that ability to surprise people…to keep them guessing and excited about what may come out next…that’s always a great thing when it comes to making music if you ask me.

Find out more about them at their official Facebook page:  https://www.facebook.com/Pastobal