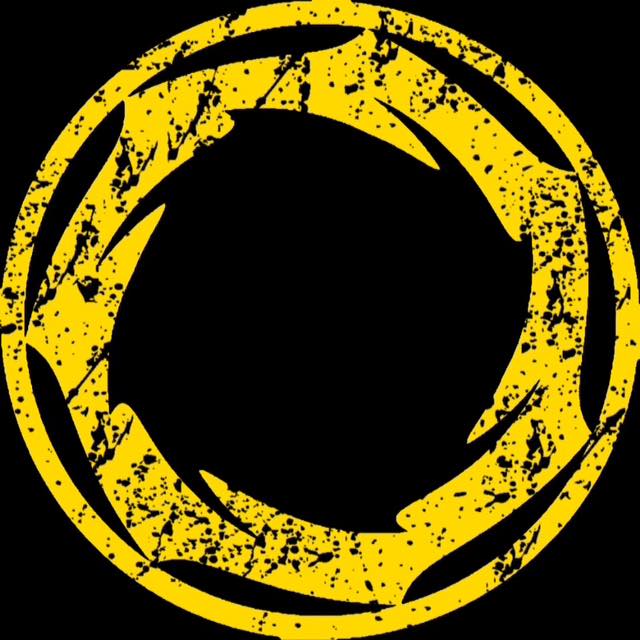 Pardon my language…but fuuuuuuuuuucccck do these guys ever make a HUGE sound! Paragon Theorem comes to us today based out of Glastonbury, CT in the USA…and believe me my friends, if they continue to make these massive sounds work as extremely well as they do – it won’t be long before they find themselves as a headliner in the worldwide-known festival known as Glastonbury of the same name taking place annually in the UK. Paragon Theorem won’t be confined to any space or region for long – that’s completely a comment on their sound, style and delivery being up to a very high caliber that won’t stay a secret for long I’d imagine.

Congratulations to Paragon Theorem straight-up though…there is not a single weak-link in their chain. What I am surprised about lately is just how CANADIAN the rock-sound of the Paragon Theorem seems to be. I can hear elements and influence of bands throughout the globe as well of course…the opening tune “Compliant” completely reminded me more of bands like Quicksand, Filter, Dandelion, Chevelle and perhaps even Tool somewhat from the early days; but for the most part, if I had to pin down what Paragon Theorum reminded me of the most it would be without a doubt our own Finger Eleven. What was interesting to me…was that you can hear from “Compliant” alone that there is a little bit more of a singer here than simple hard-rock tends to suggest. I wouldn’t accuse him of being like, an R&B singer beforehand or anything like that…but I would argue that singing in that style wouldn’t be out of his wheelhouse either. Guitars crunch into chaos from Steve Delesdernier and Dan Field as Eric Rosier supply the low-end rumble in the bass and Jordon Pitruzzello gives the drum skins a beating they’ll remember; I wouldn’t say that this opening tune completely defines the sound of Paragon Theorem just yet however…

“Absolution” reveals a more muddy, gritty…dirtier but also more melodic sound…think early grunge meeting the early millennium. Moore starts to let that singing voice loose a little more towards the middle of this track revealing the capabilities of someone like Brandon Boyd but with a little more ferociousness, bite and darkness to his melodies. Great commitment from every player in Paragon Theorem…they really own their sound and take charge in each song. “Absolution” has an unbelievable comeback into the verse around the four-minute mark…overall the way this track twists and turns is very ambitious and they pull this off like a band that’s been doing it all a lot longer than the four years they’ve been around for.

Here we go. All you hard-cores out there better just relax for a moment, get out your lighters because here comes ‘the babymaker.’ You know what I mean…we get our first dose of the lighter side of Paragon Theorem on “Alive (For The First Time)” which is a completely interesting track to have thrown in so early as it is a real switch from the mirth of grunge/noise-rock into way more of a pop/rock sound with a real edge to the sound. If Moore escapes this song without a regular comparison to Ozzy Osbourne (through the verse anyhow…) I’d be shocked and amazed. Delesdernier will take you on an incredible ride through a wicked guitar solo before they launch into the inspired-sounding chorus. No matter what influences or sounds a person might cite in their sound – Paragon Theorem comes out with winning combinations that really challenge composition in exciting new ways that make it their own.

More great instincts are revealed through “Fluoride” which is a fantastic song for the lyricism and sample-cuts melded in. A stark reference to ‘drinking the water’ and the sheep mentality of our modern culture…the song encourages you to break free from the bullshit and find a way to be real again. Or at least that’s what I’m getting out of it! It’s a tougher one for Moore on this track…these lines bend like water flows…but he manages to pull it off.

More importantly, he survived to tell the tale and sing the song to follow, “Oculus.” Though the mix stepped a little back in its brightness here…this song absolutely fucking KILLS. Moore takes charge like never before on the album thus far with his most inventive and well-performed delivery on Inkwell, commanding the microphone and ripping between falsetto and back perfectly. Again…for us Canadians out there, the comparison to Finger Eleven would be instantaneous…but for myself, that’s excellent company to be keeping and if I was Paragon Theorem I’d be checking into their whole deal if they haven’t already.  “Synapse” comes with the same crunch and pop/rock undertones that carry the F11 feel to it…combined with the gritty production really makes it have more of a feel like the album Tip had for them…or like S.C.I.E.N.C.E. did for Incubus…or Slip from Quicksand…they all leave you with a dirty feeling you never want to wash off. Something about Moore’s vocals in this one slipped a little in the mix, but not so much in the performance…he’s written killer parts once again.

The funk’n crunch of the music in “Control” is guaranteed to amp you up. Moore brings out the full-chops here, confirming my suspicions way back from moment one…this guy can really sing, there’s no doubt about it. More so, he writes clever and challenging parts that push him right to the edge every time…when he lets it rip he’s a rock demon, when he wants solid-tones and clear vocals those pipes seem to be there for him every time, never letting him down or us for that matter. “Control” has excellent, inventive musicianship on display once again…great solos which have become a real staple in the music, but drummer Pitruzzello puts in a performance to remember here with a whole audible beatdown of his kit with extraordinary fills.

“This Is Real” would be what I’m guessing is the last song written for the album. Again…that’s a guess. Reason I say it…is because this one is extremely tough…and though it works in spots extremely well, in others it falls noticeably short. At the eighth track into the album, we’ve got seven tracks of previously nailed energy that were delivered with flawless passion that make “This Is Real” stand out for its somewhat lethargic energy by comparison. There really are some parts that come out perfectly…but when “Along For The Ride” starts up, you can instantly hear Paragon Theorem charge back into familiar territory for them, which again makes “This Is Real” a little stale by comparison. Overall, there’s good ideas contained within the tune but by comparison, it does feel a little rushed compared to any other tune on the album…newer to them somehow. I think with a longer examination, it might have been cut from this particular album and left to incubate just a bit longer. I could be crazy…we’ll have to see!

The breakdown into the bass past the two-minute-thirty mark of “Along For The Ride” and guitar solos might very well be one of my favourite moments on Inkwell…and Moore’s comeback into the song afterwards delivers the goods with full power and full authority. Really bizarre quick-fade and jump into the second to last track “Remedy” which is probably the only awkwardness you’ll really hear on the album from song to song…other than that jarring moment it’s pretty smooth and fluid as it flows. It sounds a little hurried on Moore’s part…I have a feeling he’d probably bring this one out a little bit better in a live setting…the opening verse seems to catch him a little before finding a better gear for the second. The chorus I think might be where “Remedy” runs into the most problems…it’s one of those anti-anthems where the music gets bigger but the vocals don’t quite match the energy of the music. Outside of that, the verse, the solos all standout extremely well…like, I don’t even know how what Delesdernier does raging into the fourth minute is possible…what a performance! Great break out of it too into the low-rumble of Rosier’s bass-line and right here at this point in the song, Moore is kicking all the ass. Like…ALL of it. Love this part…it’s loose but delivered with real intense, focused & frantic emotion and great singing.

“Virtue” brings back the familiar energy and style of the hard-rock of Paragon Theorem as they blast through one final cut and push to make that memorable impact. I’d listen to these guys again without question – I love hard-rock when it’s done right like this. For the most part, Inkwell plays through as awesomely as you could hope for in this genre…maybe a few slight dips towards the end of this album but nothing that would ever stop me from going back and turning this album up all over again. Most importantly…you can definitely hear all the necessary ingredients in this band that lead to the recipe of success. Paragon Theorem is a powerhouse of a band just waiting to explode into the rest of the world.

Find out more from their official page at: http://paragontheorem.com/