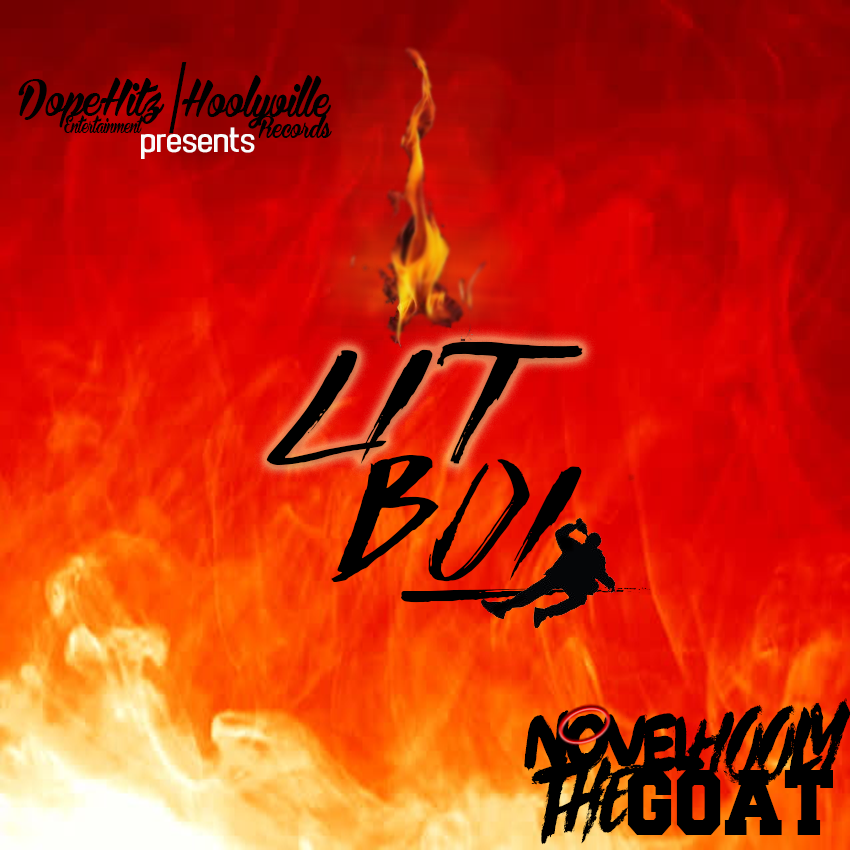 Claiming some pretty large status in throwing-down a moniker that includes a reference to being The GOAT, you can imagine the high standards an artist would have to set and maintain in their music to back that up.  I’ll put it to you this way…I know enough to know my way around what I hear in the rap-genre…and honestly…I don’t hear any reasons as to why Novel “Hooly” The GOAT can’t at the very least throw his hat in the ring and compete for the crown.  I mean…obviously there’s gonna be some people like Jay-Z and Ye that are probably going to have something to say about that…but I’ll let those emcees sort that out on their own when the time comes.  What Novel “Hooly” The GOAT has got going on in the four tracks I’ve got from his Lit Boi record…puts him in really, really good shape to get noticed for a versatile sound that ranges from trap, to rap, to his main diet of real hip-hop.  That kind of accessibility should lead to decent results I’d assume…that’s a real range of sound in the rap-game and widespread appeal, when it comes to music, is always a huge advantage.  The GOAT’s got game y’all.

“Lit Boi,” the title-track from his new record and album’s opening-tune immediately hits the mark with a seriously diverse & thick sound that creates a dense, dark & mysterious vibe in the music…there’s a heavy amount of menace in the air and a lot of low-end in the bass-led beat.  Novel demonstrates a real mastery in the art of the hook here, “Lit Boi” has several – and I’d argue that they’re all entertaining.  For the amount of sounds & samples, vocal layers and shout-outs happening in the background, you’ve gotta admire how crystal clear this cut comes through; the low-end is right on-point and everything surrounding it has perfect clarity.  There’s an undeniable trap style here…you can catch every word clearly but more importantly, you can hear the rhythm & skill.  This is what I’m saying people!  “Lit Boi” is definitely an impressive first impression – the rapped-out bars & verses of this title-cut move slickly and have a ton of charisma that pulls you right in through ultra-confident performances on the mic.  I mean…this is The GOAT people…you think he was gonna come at you soft?  Nah son!

I was more tossed up on “My YAMM THANG” – but let me explain…  I just don’t know whether or not to just admit I dig it because it’s truly wildly entertaining…or hate Novel for this one because I know this is gonna be stuck in my head for at least a month, know what I mean?  I’ll admit…I don’t usually go for what I’d consider to be like…you know…catch-phrases or new buzz-words as something to form a song around…but…I don’t quite know how to not respect a song that’s done this well.  “My YAMM THANG” really makes the most of its rhythm and ultra-vibrant energy…I mean, if you want to know what someone sounds like when they’re right into the moment, this is exactly what it sounds like.  Straight-up…what makes MOST of the songs out there that go after creating a new buzz-word is that they lack the confidence to make it SOUND like something people would actually end up saying.  I absolutely guarantee that if you LISTEN to “My YAMM THANG” that you WILL end up saying this in your own daily life.  Like you’ll be at the bank trying to get your money, the teller will try and be nice and make small talk and be all like, ‘so, any plans for the weekend?’ – and you’ll start yellin’ bout how you’re gonna do your “YAMM THANG” all night long.  Essentially what I’m saying is…as much as I can try to resist this one, it’s kind of impossible…this cut is definitely a modern day hit…still within that trap-influence for sure as far as the style is concerned, but definitely multiple ideas being really well executed here.  The level of confidence and professionalism in “Hooly” really is audibly impressive…like I said…there really could be something to him claiming status as The GOAT…he’s certainly sounding like an artist to keep an eye/ear on.  You add the right video combination to this and you’ve potentially got something with real viral potential to match…all you’ve gotta do is bring the same amount of insane character & personality that Novel adds to the performance on the mic to the video and it’s game-on with the internet. 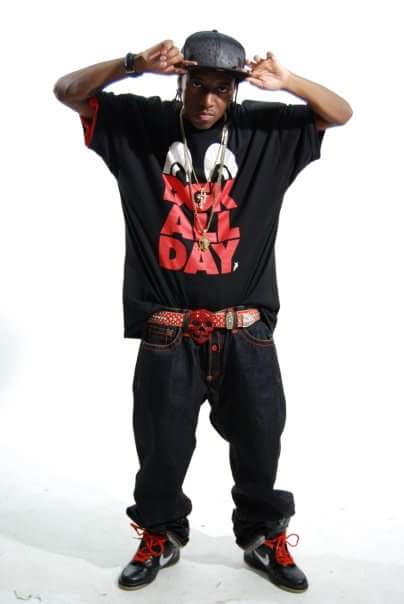 Both those two cuts, I’ll give Novel “Hooly” The GOAT real credit for – he’s already got me on his side with songs in styles that aren’t normally my first choice, but because of his high-level of execution, I don’t think anyone could be anything less than impressed with this emcee and his ideas & sound.  BUT…there’s always a BUT right?  But when “Who Am I?” came on – I thought this cat took my entire stereo-system to a whole new level!  This is much more in the hip-hop style that I’m accustomed to – still on the new-school side of it all, but so intensely skilled that it’ll drop your jaw at different points along the way, or make you scratch your head in wonder as your ears respect the talent they hear.  Because first of all…the beat is a perfect platform for a more intense rhyme…and Novel adapts so sickly here with a massive switch in sound from the first two tracks we’ve heard so far; he’s slayin it in the verse – but wait until you hear this guy attack the chorus…that’s genuine hunger for the mic is what that is.  He either takes on an entirely different approach in the next set of bars in the verse or there’s maybe a guest-star on this one…not quite sure – but I really, really like what I hear from both.  The flow of words from The GOAT is as coordinated as it gets…but most impressively, you can still hear how much TIME he actually has to make sure that the performance itself is still on-point and completely entertaining.  The wild character in the second verse is entirely as noteworthy…this track really succeeds due to the amount of personality you get from the emcees and the insane energy bursting in the chorus.  Lyrically it all takes a much more serious tone, Novel makes introspective observations and comments on society, then passes the mic to a homie to get the job done right and bring the message home.  Really solid collaboration & a tightly-written, perfectly performed cut – “Who Am I?” sounds huge, because it IS; definitely another single-worthy track…but almost like, for the complete opposite reasons that “My YAMM THANG” was – you see what I’m saying about versatility?  Dude’s got tons to spare.

Of the four cuts, “Dem Boys” was still a decent tune but didn’t quite connect with me as much as the first three by comparison.  I think it had a lot to do with the overall flow that I was playing them in…which in my defense, is still the order they were in on the Lit Boi record…so it could very well be that the experience of heading from something so decidedly hip-hop on “Who Am I?” back to a half-trap/half-rap style cut on “Dem Boys” right after might always be a bit jarring.  What makes Novel “Hooly” The GOAT’s music so entirely acceptable though…what makes EVERY song still completely worth your time…really comes down to the amount of commitment and sheer confidence from those that grip the mic on these cuts.  The music’s always been solid and the beats have been great – but seriously, even if “Dem Boys” wasn’t my favorite in comparison to the other three – I didn’t say anything about it being any kind of bad song or anything about turning it off.  I just liked the other three a bit more, that’s all – we all have our favorites, right?  What I loved most about “Dem Boys” would probably come down to a coin flip between the wild stuff continually happening in the background vocals of this cut and the dude that grips the bars on the second verse of this cut.  Bottom line is that there isn’t a corner of these tunes you can examine that isn’t dripping with confidence, precision and professionalism – Novel “Hooly” The GOAT is definitely ready for that next-level, no doubt about it – these songs from Lit Boi are massively entertaining and insightfully well-designed for mass appeal.

Find out more about this Harlem homeboy at Novel “Hooly” The GOAT’s official homepage at:  www.hoolymusic.com