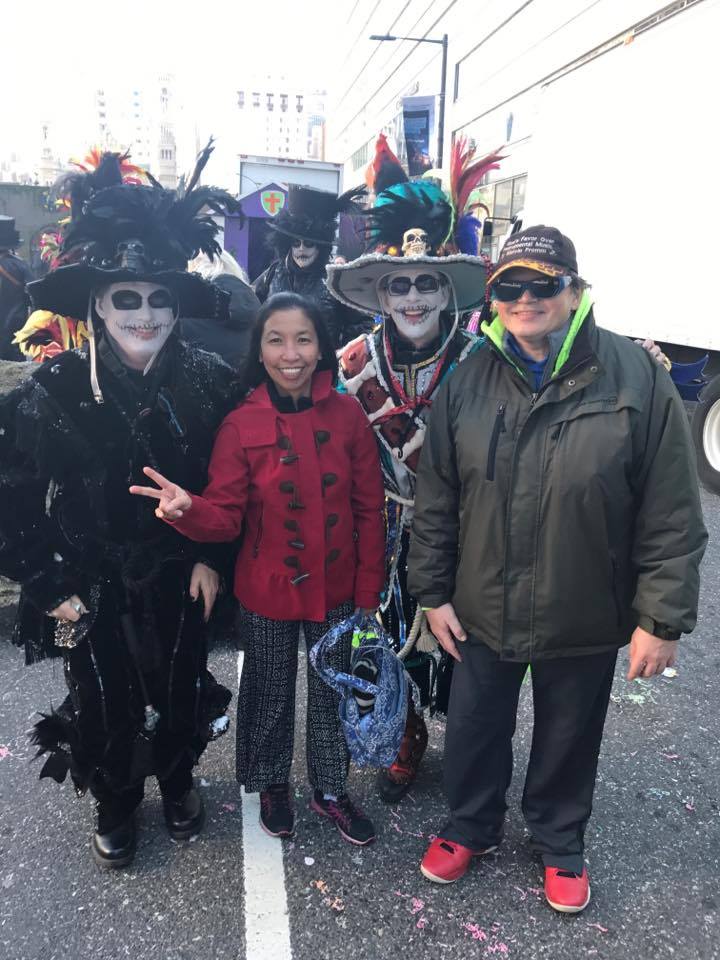 I have to admit…I’m intrigued!

When the loose-feel and bizarre chord progressions started to come together on the first song I heard from Melvin Fromm Jr. called “Angel Wings Flapping Life,” I was pretty convinced that I wasn’t going to end up finding a way to accept what I was hearing as something that made sense to my brain.  I try hard to rebel against an inclination to jump to the conclusion that a song won’t find its way to displaying its full idea over time…and it’s songs like this that I think make a fantastic case for why you should always stick with a new sound, song, artist or band to hear the full-scope of what they’re offering to our ears.  What sounded semi-awkward at first gradually transforms and shapes into quite comforting and extraordinary melody with jazz-like qualities over the course of its duration.  I really like the ideas on the acoustic guitar…they don’t sound like typical ones to me at all which I like and the texture of the melody itself is highly interesting to the ears.  With the jazzy-nature of the atmosphere in the music, it feels like a few of the twists & turns are a bit jagged, but any timing issues sound like part of the intentions or go unnoticed, masked through the cleverness of the writing & sound of “Angel Wings Flapping Life.”  I think many people would agree in listening to it…the progression is an odd one in a sense, but I found a lot of redemption in this track as it continued to play on into a relaxing, friendly and welcoming sound.

I’m also intrigued by the song lengths themselves…I’ve got four tracks here from Melvin Fromm Jr. that are at most, only two-seconds longer/shorter than the one coming before or after it, all around the two and a half-minute mark.  It’s odd in the sense that it would lead you to believe there’s more of a formula in place here than anything you’ll be able to identify if there is one; the lengths might have mysteriously ended up being the same but the atmosphere in each song is incredibly different from the last.  “Anything Worth Wild Love” is absolutely STUNNING and entirely gorgeous.  The violin in this song is exquisite perfection of the highest caliber – I love the tone and emotion in the sound of this recording and specifically this instrument, which remains this song’s feature highlight throughout.  For me personally, I thought this tune was beyond-impressive…the quality of the recording is absolutely amazing, the subtle accenting guitar-notes weave themselves into the atmosphere of this song like they completely belong…the entire song is mesmerizing from the moment it begins right up to its ending.  Without a doubt, “Anything Worth Wild Love” was a serious highlight for me…I could listen to the emotion, passion and melody from that violin all day, every day and be happy for the rest of my life; there is so much expression in that instrument and the part it plays in this song, it blows my mind.

The third track, “Big Cloud Breaker Life,” took Melvin Fromm Jr.’s sound in yet another direction, making that three-for-three when it comes to creating something new to listen each and every time.  “Big Cloud Breaker Life” had it tougher with me…coming right after “Anything Worth Wild Love” would be a hard position for any song to be in; flow-wise, it was hard to accept the brighter, happier, ragtime/rock-piano sounds of “Big Cloud Breaker Life” because of that.  Even after listening several times…I can’t find any faults with it in particular; might not be my own favorite tune of Fromm Jr.’s, but that doesn’t make it a bad track by any means.  Overall it has a lot of fun energy to it and a seriously enthusiastic performance that really highlights just how much love he’s putting into the music he makes and how into it all he really is.  It’s interesting right from the get-go in the sense that you’d immediately assume that he’s going to take the music in a lounge direction here from the opening sounds of “Big Cloud Breaker Life” – but it quickly finds a bigger spring in its step to something with a bit more groove to it.  Kind of like what you’d imagine the lounge-piano guy busts out into when everyone else has gone home for the night and he can safely pick up the pace.

“Big Cloud Breaker Life” is also quite a busy tune; in fact, if you listen to these songs back-to-back like I have, you’ll notice that they’re all quite busy, whether it’s  the playing itself or the writing in the melody, mood, tempo or atmosphere.  When it came time for the fourth track “Bright Golden Path Life,” I started to feel that cramped-style play into the writing a bit more here…almost like I wanted to encourage Melvin to stop for a moment, rest a bar and take a breather.  Whether it’s been the guitar, violin, drums, bass or piano in these songs of his…the music is quite often giving it everything it’s got in all departments, which kind of works both for and against him at times.  On “Bright Golden Path Life” the opening moments reminded me of the song I’d just heard moments before with “Big Cloud Breaker Life” and the constant playing in the song felt more like an extension of what I’d just heard as opposed to something entirely new.  Not the fault of the song itself, you can hear it’s quite different from the melody – but the approach itself is so similar that it kind of has you wanting a bit more space or separation between these ideas at the end here.  That being said – I also think that’s why “Anything Worth Wild Love” works so well in contrast…even though there are many consistent & constant elements in the song, they’ve also found a pace that lets each moment and instrument shine and have its space.  There’s a clarity in that track that made it really stand-out in comparison to the more hustled & hurried melodies at the end, or at least, that’s how I heard it!  To each their own when it comes to what you’re looking for as far as what things sound like are concerned; they’re all good, unique instrumental tunes that are well played and imaginative, enthusiastic & passionate…and with the range of ideas and sound, no doubt appealing to many people out there for one reason or another.

Find out more about Melvin Fromm Jr. at his official page at Facebook:  www.facebook.com/composermelvinfrommjr