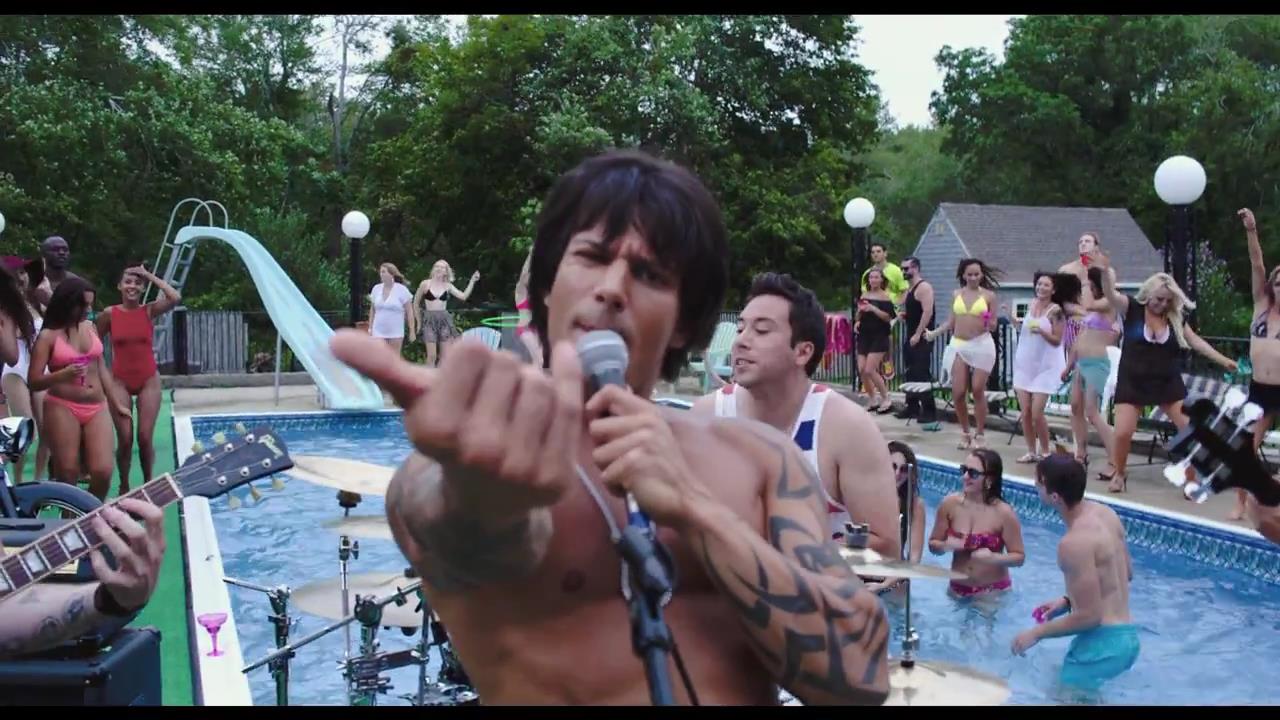 Good lord! There are more beautiful bodies in the latest video from Matthew Neves than there is in the whole city we live in here in Abbotsford, BC. Doesn’t really seem fair if you were to ask me; but then – I also don’t have a freakin six-pack and I’m not built like the human-skin armour of Matthew Neves even remotely. It’s one of those time-tested truths; the beautiful attract the beautiful…and the people like me that have an appearance like a homeless-dude…well, we attract the ummm…maybe somewhat ‘less-than-beautiful’ on an all-too-frequent basis.

Not that I feel excluded from the world & music of Matthew Neves…it’s pure-rock and there’s always a way for a guy like me to crash the party and jump into the pool. So what if everyone starts to scream and run in the other directions when I bring out the rug that dominates my chest and dive right into the party? I’m IN!

Though this of course, is hard-rock…my most intensely scrutinized area in all of music. Over-populated with inconsistency that plagues the entire genre…it’s a never ending search for the ten bands out there that are truly doing something unique and new within the world of rock.

While I couldn’t possibly claim that Matthew Neves and his crew are here to reinvent the wheel-of-rock – I don’t really believe that’s the main purpose. These guys are basing this sound in an old-school classic style that might find itself as far along the timeline to something similar Buckcherry in our modern day, the majority of the sound & style is rooted in the rock-music of our history’s past. Of course, rock-music will NEVER die, no matter how many DJ’s can take the music out of the venues, there will always be a place for the music that Matthew Neves is making…and of course a ton of screaming women and fist-pumping men to support it.

All of this being said & pointed out – there’s a good song here for rock-fans. With crunchy guitars that chop alongside the beat and a solid drumbeat, Matthew Neves and his band have certainly brought the energy and sound required to make people want to join the party. “Today Is The Day” is often the sound of rock that people search for more of…it’s bright, it’s well-played…hell, even guitar-solos still exist in this band if that tells you anything at all.

Neves himself drifts in between tones that can make him as raw as Josh Todd and more nasal-tones that have him sounding closer to Liam Gallagher than perhaps anyone else. There’s good & bad in a combo like that…at times you might want the more ‘whiney’ elements of the Liam-like parts to die off a little in favour of the more rock-inducing tones he can carry that support the music a little more to its style & overall sound. But really…there’s not too much to complain about in a tight rock-song like this pulled off with the concentration & focus this group has…they’ve performed and played well & the song itself has all the right elements to support the party-vibe & freedom-feelings it’s driving at.

I’d be interested to know what the rest of the catalogue might sound like…seems like there are several directions that this could go…but I’m wondering if they’ve chosen ones a little less obvious in the material I haven’t heard. Definitely potential here as far as their skill-levels are concerned…and a rocking introduction into the world of sound Matthew Neves is going for. Is there more in the tank? The energy suggests so…let’s see what happens in the future!

We’ll be featuring the video for “Today Is The Day” in the upcoming episode of SBS Live This Week out later this month when we interview grunge-rock band Lung Flower – be sure to stay tuned into what we’re up to and check that video out.

For now, find out more about what he’s up to at his official page here: http://www.matthewneves.com/