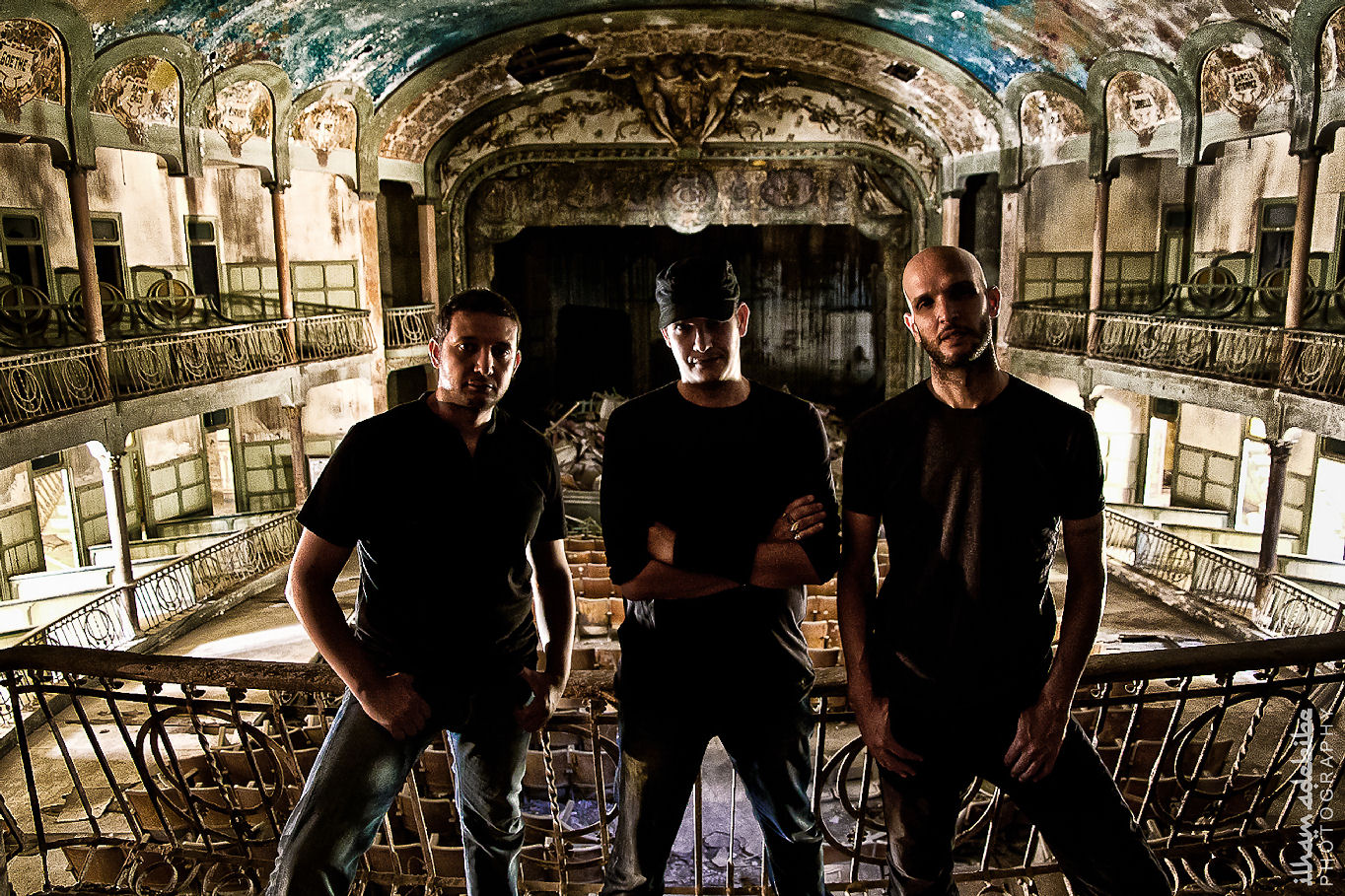 I gotta say…I’ve been impressed enough by the music of Lazywall just by listening…but when you combine the innovative ways that this band from Morocco also creates videos – you’ve gotta give these guys the extra credit they deserve.  I’ve checked out four tracks from this crew…each of the songs I heard have a ton of verifiably strong hooks to offer…they’d easily hold-up on their own…but you add in videos that are brilliantly edited & shot and we’re talking about a whole-new level of appeal that’s seriously important within the independent scene.  Lazywall has got the head on their collective-shoulders screwed on impeccably tight – this band has found the angles & direction required to succeed.

Everything I’ve heard certainly stands-out and is memorable.  “Reality” is probably the most straight-ahead video of the bunch with its traditional band-shots fueling the imagery of what we see – but what we hear in this song is a tremendous amount of energy, tone and flat-out accessibility.  The chorus of “Reality” is pure audio-brilliance and sung perfectly as Lazywall flips between the lower & higher register of the vocals with ease, talent and solid, confident tones.  They’ve got themselves positioned in a hard-rock/alternative sound overall…but a song like “Reality” you could even hear potentially in the hands of a singer/songwriter like Ed Sheeran all the way to bands like Baroness – there’s a ton of room out there for writing like this and the accessibility of the sound for people both inside & outside of the genre is massive.  People from pop, rock, alternative – country even – there’s a place for you all here within the sounds from Lazywall…they’ve got a terrific blend of ideas, sound & execution that keeps each of these songs interesting and possessing their own unique magic.  Personally I can’t get over the chorus of “Reality” and just how well-sung this tune is in the chorus – that’s a seriously challenging part to sing and the vocals from lead-singer Nao absolutely hit the mark in every way you’d hope they would.

“Invincible” was actually the first track/video I checked out.  Pretty sure you’ll all see/hear just how quickly this band can pull you into their style/sound & visuals.  The video alone is freakin’ brilliant – “Invincible” puts the band right in the middle of old-school 16-bit games from the classic era like Golden Axe, Double Dragon, Donkey Kong & many more as they conquer level after level.  Well…okay…they might have had to put a couple extra quarters in to finish the mission on this one and maybe a cheat code or two to get to the end of the game in the video – but audibly, these guys NEVER cheat you.  The vocals of “Invincible” are sonically soaring and take this entire song right up to anthem-levels…the lead is great on its own…with the backing vocals, this track becomes solid as steel in the boldness of the hooks.  Again, with the incredible amount of versatility and pull to the parts they write…you can hear the songwriting would appeal to anyone from Daughtry to Vertical Horizon…it’s still rock for sure, but there’s a brightness here brought in through the pop-overtones that takes this music to extraordinary levels.  “Invincible” is one of the newest singles of these four, just released in July of this year…everything sounds fantastic and clearly shows the band is on the right path.  Crunchy, vibrant guitars…punched-up drums that sound solid in their every move…perfect rhythms in the bass-lines and again, completely outstanding and exceptional vocals in this band you just simply cannot ignore.

“I Raise My Hand” is another older tune from the Lazywall catalog, but definitely one still worth mentioning if you’re not familiar with this band yet.  Might very well be my favorite video of the bunch…this is every bit the proof that you just need a solid idea to work with and not necessarily a million dollars to make a video…know what I mean?  It’s completely well-shot, well-edited…but at the end of the day, they’ve got themselves a location and a camera…couple light-bulbs are a seriously brilliant idea in full-bloom of execution.  The direction is insightfully well-prepared…the band-shots look great and the added ‘grimness’ of the conditions make the setting seriously magical; drummer’s got a snare…that’s it.  Bass-guitar has the strings loosened so much they’re about to fall off.  A freakin’ sitar (at least I think that is…it’s an extraordinary instrument that comes into the final moments of this tune) comes out of nowhere at the end as they discover another room in the castle they’re in.  The guitar is scruffed-up & dusty…but man…every one of these instruments is still sounding like it’s in mint-condition!  “I Raise My Hand” works really well with it’s quiet/loud dynamics…especially towards the end of this tune when they bring to start smashing the lightbulbs while they play the song…brilliant idea, perfect execution – it’s awesome to watch & awesome to listen to.  Killer guitar solo on “I Raise My Hand” puts in a real highlight for the guitars here…whole way through really – loved the tones on this tune.

Hard to ignore “Never Again” for the music or its video.  With a solid blend of rock & folk…”Never Again” is another dimension of the rock-music made by this band…the guitars are gnashing like a band like Finger Eleven and the verse is something closer to like, The Verve Pipe…there’s definitely a contrast that exists between the two sounds that works well.  As it mixes together for the chorus, you can feel the power & grip this band has on their style & sound…and from what I can tell, there’s been quite a rotation of players in behind Nao’s vocals…so to achieve any kind of cohesion at all is actually quite impressive.  With the video based on the fable of the Three Little Pigs…they’ve created something awesome to watch & awesome to listen to once again.

Overall, I definitely felt like I could get behind these guys.  I’m not always a dedicated fan of hard-rock/alternative…in my opinion you’ve gotta bring something unique to it in order for it to work nowadays…and I felt like Lazywall really DO bring something new to the genre.  I think they’ve approached their music/career smartly…I think it takes an amazing video for people to see for them to get up off their asses these days and into a venue…so really, I think Lazywall is built on hard-work, innovation & effort, despite what the band-name itself might imply with your thoughts.  Make no mistake here…there’s fantastic writing and sincere effort amongst the solid musicianship & punchy-performances…this band has definitely got something that many of the rest out there just don’t.

Find out more from their official page at:  http://www.lazywall.com/