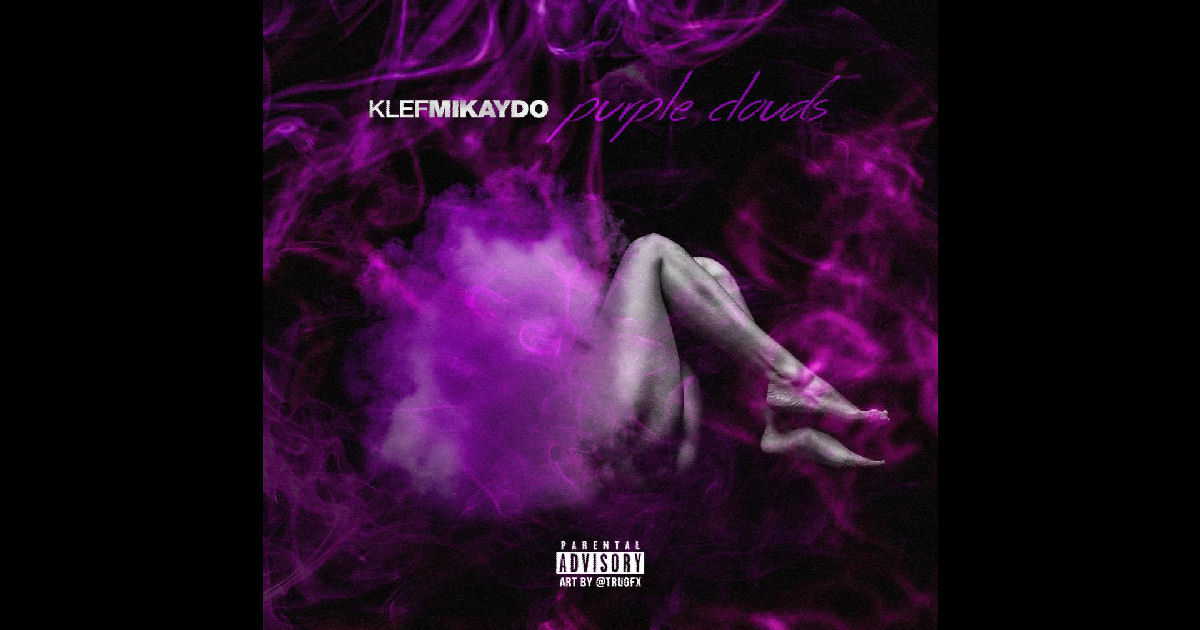 Make no mistake, this guy fucks.

That’s not just an opinion or observation – Klef Mikaydo will spell it all out clearly for ya in the lyrics of his single “Last Night” – and I’d assume we can take his word on everything he’s rappin’ bout.  I mean…he sure makes this whole experience sound real enough to me; ladies might wanna take notice – because Klef makes a good case to be the one you wanna go home with on “Last Night.”  Blending Hip-Hop/R&B/Club into a dynamic & shiny package…if this track was a jimmy hat, it’d be a Magnum, I assure ya.  Squeezing the low-end sound & creative vibe into the music, this first cut of the two singles I’ve got from Klef hits the mark solidly with what’s really a seriously clever & well put-together beat and a super stylistic performance from the song’s main star.  Working the autotuner on the vocals with just the right amount of effects to enhance the sound in the mix in ways that completely complement the overall vibe – “Last Night,” is actually a damn focused tune despite how wild the narrative in the lyrics may be.  There’s a professional slickness here that oozes cool and the attention to detail in the words is supreme; I’ve got no doubt that it’s gonna be way over the top for what some people can handle in terms of how raunchy this tale can get – but from the perspective of a guy that’s always typing these word things out all the time like I do, no matter what you may think of how rude it is or isn’t – it’s still really well written.  Besides…like I’ve been trying to say from the get-go here, Klef ain’t really trying to be any one way or the other when it comes to his attitude – he’s clearly just keeping it real & there ain’t nothing wrong with that when real is this entertaining, you feel me?  The beat is tight, the flow is tighter, the entire sound of “Last Night” is wickedly engaging and enticing to listen to for the creativeness in the music and the killer style put forth on the m-i-c – it’s single-worthy tune and one that should catch your attention.

Or at least it should have by now…hopefully you haven’t just been caught sleeping – “Last Night” came out in 2017 and it’s still racking up the hits & plays online…still plenty of room to jump on this.  & again, as indicated by the lyrics on “Last Night” – ladies, there’s even more room for YOU to jump on this.  Feel free to hop aboard and take a ride…I have the feeling that’s gonna be A-OK with Klef Mikaydo any time.

His latest cut, “Purple Clouds” takes the energy in a different direction, straight into the haze of a smoke-filled vibe that salutes the herb good’n’proper.  I also dig that…I mean…I could be crazy here – but Klef takes time to make a moment or two on “Purple Clouds” to be pretty much anti-coke too doesn’t he?  That’s what I’m talking about.  I’ve had time for many different drugs throughout my life, but not that one…just about as pointless as it can possibly get and it sounds like my man Klef has reached that same conclusion.  That being said, I’m from Vansterdam originally…so believe me, I got time for “Purple Clouds” and green ones of all-kinds – so I can identify & relate to this cut more than you might think.  I do think that Klef heads deeper into niche territory & less accessible terrain on this particular track, not so much because of the lyrical content – I think many of us can relate to that; the mid-slow tempo of this cut and less defined hooks kind of float along in comparison to the way the sound jumps out at ya on “Last Night.”  Just depends on the vibe you’re looking for – these two singles work at sound from different angles and both have their own time where the atmosphere on one will likely suit your mood better than the other will, but it’ll likely be vice-versa the day after & the day after that.  I mean, feel free to rotate…no rule that says you have to just pick one of’em…that’s facts.  That being said – if you ARE looking for a new chilled-out anthem for your next smoke break…you’ll wanna puff-puff-pass this track around and make sure everyone gets a solid hit of “Purple Clouds” – because the laidback attitude on this track definitely allows the mind to unwind & sink right into a vibe strong enough to give you the munchies just by listening to it.  Bon apetit homies.

Find music from Klef Mikaydo at his page at Spotify here:  https://open.spotify.com/artist/5GF8IwseS182KiuXazgHOP