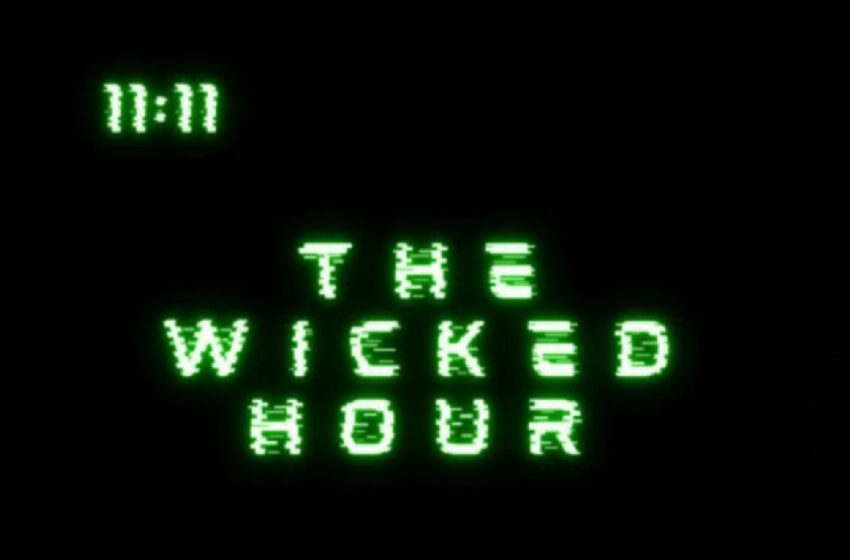 I’ll admit…I see genres like Classic Rock, Blues, and Soul and instantly feel like I’ll be out of my depth – typically speaking, they’re just not the genres I gravitate most to.  That being said, y’all know I basically listen to everything under the sun – so there’s that.  Plus – I could see/hear three distinct advantages that I felt like Jayson had beyond what was already impressive in reading about him being a self-taught musician, and his remarkable collaboration with composer/producer Walter Afanasieff – a man that has multiple Grammy-awards to his credentials, and is a name you should probably ALL be familiar with, given the fact that he’s best known for his work on Mariah’s “All I Want For Christmas” and Celine Dion’s “My Heart Will Go On.”  Incidentally, apparently Mariah’s releasing a Grunge album soon – someone can pencil me in as interested to say the least…I read that headline this morning…sounds odd, but I’m into it. 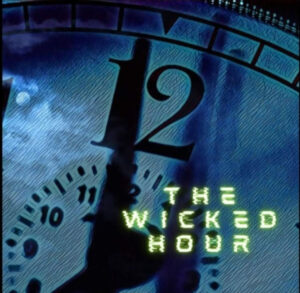 Anyhow!  As I was listening to the title-track “The Wicked Hour” from Jayson’s brand-new 2022 11:11 The Wicked Hour EP – I found things I loved about it right away, and for genres that I consider to be a bit on the outside of my personal preferences…I was seriously impressed.  First off, for a moment there, it sounded like “The Wicked Hour” was about to be a slowed-down version of “The Reverend Nor The Warden” – a track I loved by That Awful Rhythm from back in 2015 & never forgot about.  That Awful Rhythm ALSO happens to be Canadian too – just like our new pal Bendera here, who is based out of Alberta as far as I’ve read…so being homegrown talent certainly had me wanting to cheer for this dude as well.  The third & fourth things that made an impact on me came through the fact that “The Wicked Hour” sounded like it could have fit right into the lineup of songs on the first Chris Cornell solo album – Euphoria Morning – and that this guy plays his guitar with all the emotion & expressive sound you’d find in Gary Moore’s tunes.  That’s pretty damn amazing company to be keeping if you ask me & my ears over here – Cornell’s first record was genius, and Moore’s musicianship is practically unparalleled.  So heck ya Jayson – you got me listening with my full attention and right away – the performance put into “The Wicked Hour” is genuinely award-worthy stuff my Canadian brother, and in listening to it, I had that instant feeling that, no matter how much of a secret you might be or feel you are…if you keep THIS up my friend…y’ain’t gonna STAY a secret for long – the world’s gonna know your name Jayson Bendera.

You read that correctly…it’s one thing to achieve Canadian fame – but it’s another to reach outside of our borders here – and Jayson’s got the chops, voice, and material that’ll give him the opportunity to do exactly that.  “The Wicked Hour” alone was enough to convince me of that…Jayson’s gone all-in on this performance you’ll hear…the balance of strengths on display from the writing to the execution, the production, instrumentation, vocals…it’s impeccable and as flawless as flawless can possibly be.  I love the DRAMA this song has…in the way it’s written, in the way it sounds…”The Wicked Hour” builds itself brilliantly, and gets more involved and intricate with each and every note that’s played and sung for ya.  Great accent instruments in the mix here like the piano, the organ…everything stacks up to a BIG WIN. 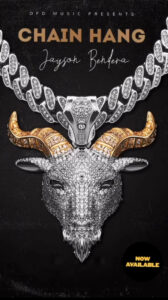 Bendera’s got the skills and ability to basically choose which kind of artist he wants to be – and what you’re hearing in “The Wicked Hour” would definitely be the direction I’d be pushing him towards.  “Chain Hang” ain’t a bad tune in terms of performance, production, and execution & all that – he’s still 100% aces in that department, getting a solid assist from David Chris & Shane Foster & DFD Music.  All that good stuff being said…we’ve got a night & day difference between songwriting in these two songs – one that sounds authentic to him, and one that sounds like it has been written for YOU.  Ultimately, there is no wrong way to DO MUSIC…y’all do what ya like, however ya wanna do it – and if you’re enjoying yourself, you’ll never hear me really complaining.  Jayson’s definitely having a good time on “Chain Hang” – I can confirm that…so all-in-all, chances are, this Pop-Rock/Country vibe still stands a great chance of connecting with a whole massive audience of folks that dig on that stuff.  Which ain’t me, but that’s alright…I can hear WHY “Chain Hang” could potentially be a giant hit for the guy – it’s written like one.  In my personal opinion, that does take away a bit of the connection we feel between the artist and the material that we get on a track like “The Wicked Hour” – but I ain’t gonna deny the huge hit potential of a song like this.  Co-written with BMI award-winning songwriter Iyana Ferrell – there’s no doubt she knows her way around a hit…everything about “Chain Hang” sounds like one.  Does it have as much identity as “The Wicked Hour” has for our artist in question though?  I feel like that’s much more debatable.  A hit it most certainly IS…”Chain Hang” by all accounts & measures has a crossover style & sound to it that’s guaranteed to connect clear across the world and land Jayson on a million charts and playlists around the globe.  I don’t know if I can reconcile that the same artist singing “The Wicked Hour” would want to be this artist singing “Chain Hang” as well…but I ain’t Jayson, and he IS singing both cuts.  Do I think he’s going to want to sing “Chain Hang” when he’s still rockin’ at 50?  Not really, no – but I do think “The Wicked Hour” is going to prove to be a track he can proudly stand behind right to the very end of his career…and in my personal opinion, it represents the blueprint to the artist he probably wants to be.  “Chain Hang” could possibly open a million doors for him…and if he wants to walk through each and every one of’em, he’ll have the opportunity to…I am definitely not disputing the power of a well-written hit song – that’s what this track is, and it’s performed like it, with the confidence required.  I’m always going to advocate on behalf of identity though…and my concern with “Chain Hang” is that it brings a singer/songwriter like Jayson so much closer to the sea of sameness than what the uniqueness of “The Wicked Hour” presents…but that’s really up to him to figure out which direction he wants to take.  Ain’t no doubt that songs like “Chain Hang” will lead him to millions…millions of listeners, millions of hits, millions of dollars etc. etc. – the question becomes, is making music about MORE than that?  Time will tell which direction Jayson Bendera wants to go…honestly, I suspect each pathway forward will likely lead to his success…it’s just a matter of him choosing which path represents himself as an artist the best.  It COULD be “Chain Hang” – I’d be the first to tell ya this song could be a BIG deal in Alberta with the whole Country music/Calgary Stampede crowd already built into the fabric of that province – all I can tell ya is what I hear folks…and I feel like there’s more depth to Jayson than merely crowd pleasin.’

In any event…this guy’s put in stellar performances into both these tunes, and should be mighty proud of that – 11:11 The Wicked Hour EP is out there & available now y’all – turn up & go get yourself some!

Find out more about Jayson Bendera from the official pages below!