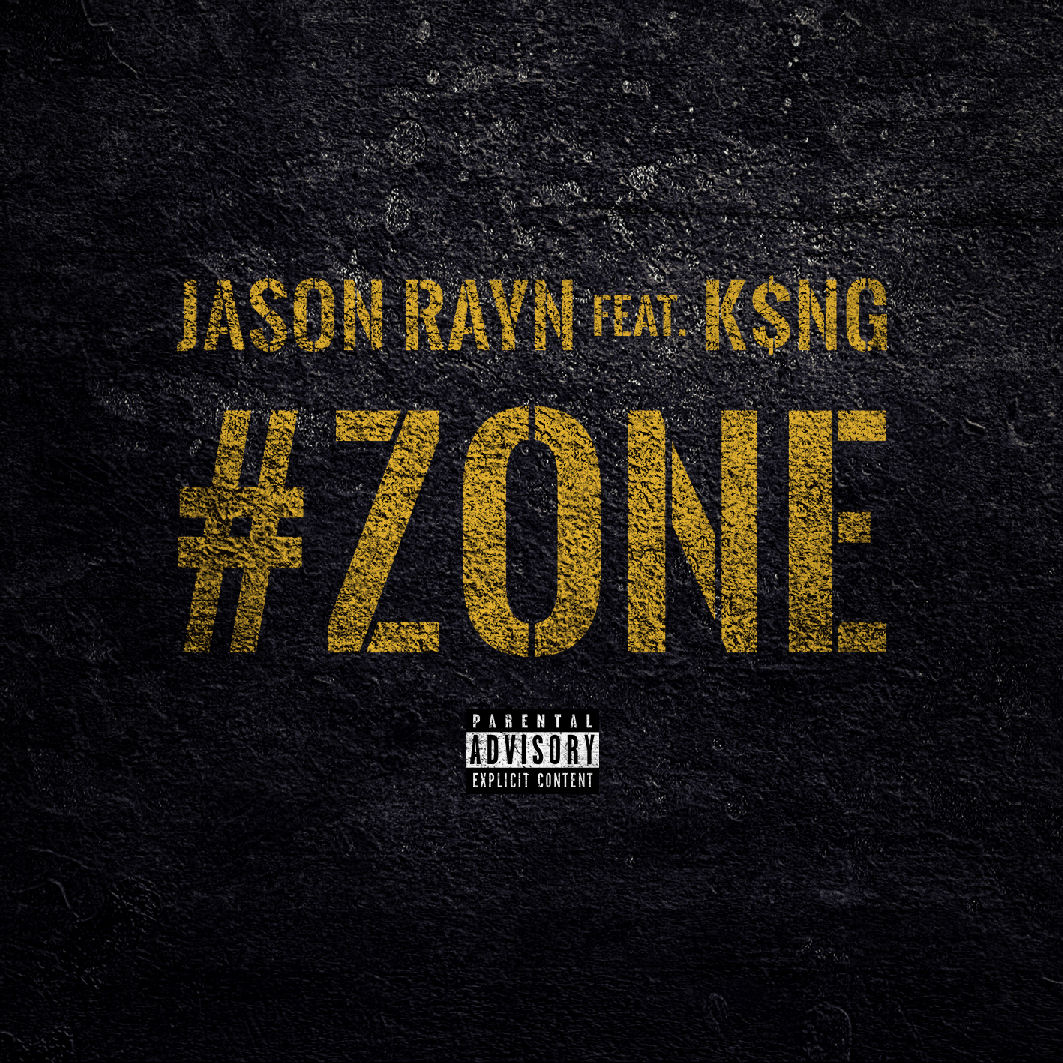 Great to hear this collaboration still doin’ their thing, makin’ progress and keepin’ the hustle up.

Last time we checked out Jason Rayn, he was working with K$NG on the 2 Rings EP…rhymin’ about ballin’ and making moves to put themselves on the rap-map.  Admittedly, there were a few issues here and there…but to cut to the chase and make the long story into a quick-intro – it was the potential that existed in this collaboration that left the strongest lasting impression.  Well…that and their cut “Jabars” – I still bump that today cause it’s a seriously rad jam…but you get the idea!  A couple tracks drifted just wide of the mark that time out…but if you check out that past-review on these two homies, you’ll notice I predicted with confidence that they’d come back even better, stronger, meaner and leaner than ever before when we’d hear them next.

Alright…I didn’t quite describe it in ALL of those words…but I did say we could expect them to come back with something even better than what they’d already started on 2 Rings.  Proud to say…I feel like I can say I was right about that – Jason Rayn & K$NG have found their way to that next-level as they progress with their production, structure and flow…I think that for the most-part, “Zone” came out how they’d be looking for it to sound.  The majority of anything I’d possibly point out would really come down to personal preferences and not really be something concrete you could hold against them on this particular effort.  For example…opening with the simplest-part in the hook played a slight-factor for me later on; I know the song’s called “Zone” and it’s fair to say most titles show-up in a song somewhere in the lyrics…but on a couple of repeats I’d have to confess to being worried about becoming too “Zone”-d-out over the next bunch of spins to come.  There’s no doubt about the tone and the delivery…I felt like that worked in both-sides of the collaboration between the auto-tuned hook and the rapped-verse…all that’s on-point; this time to me, it was more about what’s going to hold-up on repeat over & over again.  In that sense…”Zone” is very much like that hit summer jam that you are dying to listen to once you first discover it, but always potentially run the risk of burning yourself out on the hook…so…again, to be clear – not saying they’re jumping from too far outside the paint to dunk this home, just advising some things to consider.

But Jer @ SBS you say…don’t pick on these guys for just ONE word!  That’s a fair comment…but I assure you, I’m not.  I can hear the continued potential growing and evolving in this collaboration over the course of this tune.  Notably improved production…still a high-level of standards and quality in the rap & rhymes…and as far as the hook or anything concerning the word “Zone” is concerned…I think what I really wanted MORE of was the front-half of that hook…maybe not even necessarily the exact same thing as what we heard, they could switch it up if they wanted to or just add more of it and I think that might have added a bit more variation overall by the time the track was over.  As far as that hook goes – I think it’s more word-filled front-half is what really hits the mark…the rest relies a bit more on the rhythm presented in the vocals themselves and in the word “Zone” itself.  For some out there – don’t get me wrong, people love amped-up energy like this with a word they chant along with…for some, this will likely hit that satisfaction mark from its beginning to end and there’s certainly nothing wrong about that opinion either, in my opinion…does this still make sense?  I suppose what I’m clumsily saying is I can hear a ton of reasons why the energy, flow and style in particular would appeal to many people out there – and for what it’s worth, I think they both put in another really solid performance here.  YES that includes every word, even the word “Zone.”

What I really felt like excelled more than anything this time around for Jason Rayn and K$NG if I had to pinpoint it, would be the rapped-verses on “Zone.”  For me, even though I dig the majority of the hook, it was the rap that really hit the mark for me this time around with a seriously solid flow of words that hit their metering and stride like they just came back into the game, fresh off the bench to dominate this next quarter of their team’s history.  First verse specifically when it comes right down to it…that’s what I thought got this off to a solid start and got “Zone” really movin.’  Lyrically, they keep it clever and work in some more signature basketball references; a move that’s worked well in the past for them and keeps their thematic game on-point.  Musically, maybe a bit more added dynamics from the shift from verse to chorus to help it pop & stand-out just that much more in the transition into it…but other than that I thought these guys definitely cleaned up the mix a ton this time around.

So there you have it…told ya they had potential – and they still got more in the tank.  Any advice I’ve given here are merely things to consider when it comes to songwriting and what might help the material last even longer over time – but I’m truly not complaining when it comes to what I’m hearing here on “Zone.”  Still think the best is yet to come from these two…and there’s nothing wrong with feeling like that either…I wouldn’t spend the time on the advice if I didn’t think the project had that possibility of reaching that potential – and these guys do.  Talented, solid attitude and energy in their music and a firm grip on the direction & approach they want to take to their material…if they continue on this path, they’ve got no worries at all about getting to where they want to go.