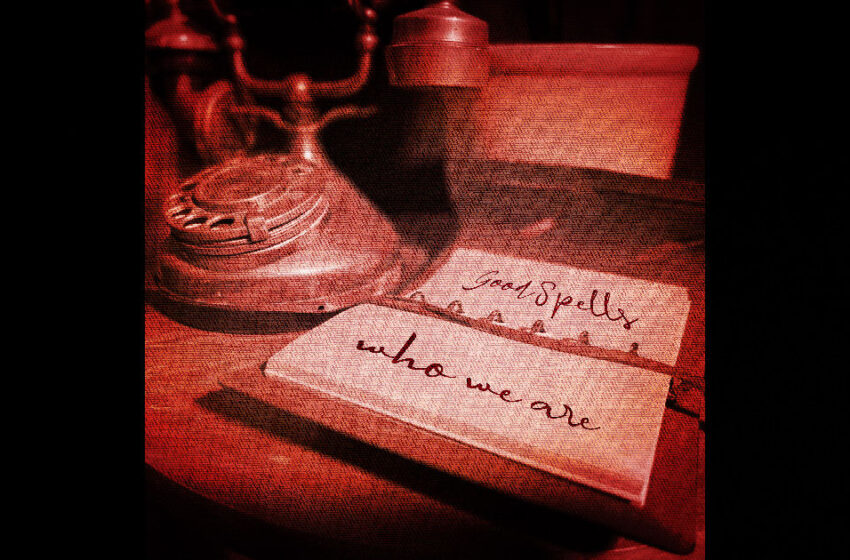 Good Spells – “Who We Are” – Single Review

From the studio beats to your city streets, Good Spells is out there makin’ it happen for ya…and wouldn’t ya know it – we’ve been paying attention!  In fact, it was nearly a year ago to the day here that we first introduced this UK-based Electro/beat-makin’ project to our pages with the single “All The Flames” featuring the one & only Tech N9ne – and even more recently, it was just last month that we were talkin’ about the single “Down” featuring Tim Moyo in review.  So hellz yeah we’ve been spinning our Good Spells good & proper over here in Canada, and hopefully you’ve been doin’ the same wherever it is that you are.  Because that IS how the internet works folks…you can bring your music everywhere, right?  I’m assuming you all know this by now…so no excuses – get your streams flowin’ yo!

All-in-all, there’s no doubt that Good Spells is a solid music-producin’ unit that knows the way around the studio boards.  We’ve yet to hear anything less than professional come outta the Spells Lab, and I highly suspect we never will.  While there might be tracks like “Down” that generate a bit of extra buzz or artists like Tech N9ne that will certainly help the ol’ hit/view count – there are also tracks like “Who We Are” that prove this mysterious entity of beat creation has the chops & skills to keep ya entertained, even without a featured guest in the mix.  Good spells has got a good thang goin’ on au naturel too y’all.

I will say this…I got notes with “Who We Are” that claim this cut “is about carrying inner demons and how they become a part of oneself…”  and that got my wheels turning.  I think we all kind of take it for granted when music is relatively without lyrics & vocals & whatnot…we kinda just assume, somewhat naturally, that it’s ‘just another song’ at that point – like instrumentally-based tunes somehow can’t still be ABOUT something…and that’s a little weird, ain’t it?  Almost everything is about SOMETHING, in some way.  But go ahead…perform the experiment right now for yourself – put on an instrumental cut you enjoy that you don’t know the story behind, and ask yourself the question – what is it REALLY about?  Then ask yourself – how do you know for sure?  I will be the first to admit that, without some kind of tangible lyricism, we’re a lot at the mercy of a song’s creators – they’re probably going to be the only people that ever do know what their song would be about for sure – the rest of us listening, would merely be guessing.  “Who We Are” has a few scattered patches of vocals & lyrics here & there, but it’s still a largely interpretive thing on our end in terms of how it makes us feel or what it would make us conjure up in our thoughts, much closer to how instrumental music primarily works.  And then there’s that whole other philosophy that essentially says once we put tunes or art into the world, it takes on its own life & gathers all kinds of individual meanings that are personal to every different experience…so really…is anything ever really about anything?  Is it all best left to the listeners anyhow?  Would I, for instance, have come to the conclusion that “Who We Are” is all about “carrying inner demons and how they become a part of oneself” if I didn’t already know that from my notes?  It’s interesting to ponder over for sure…I’ll never know the answer this time around, because I already peeked and I’ve read about it…but it’s something for Good Spells to consider in the future if this project is really looking for feedback on what something sounds like, feels like, or is about to someone else through their own perspective.  The more answers we give in advance, the harder it can become to find out just how much of what we do on a thematic level, is genuinely establishing that real connection.

The flipside of that coin can also be that more knowledge can equate to a more enriching experience overall…and in many cases, I think that’s true too.  I end up on both sides of this scenario every week from the artists/bands I end up listening to…sometimes I know the full story, sometimes I don’t know a thing at all – and I can’t honestly tell ya which way I truly prefer; you get something different outta both.  In the case of “Who We Are” – I like the thick of the atmospheric depth, I like the darkness it has, and I love the endlessly professional production that Good Spells brings to the music being made.  In that regard, “Who We Are” is simply more confirmation of the top-shelf skills & talents Good Spells has – I don’t know that I’d necessarily say this track is all that more enticing than what I’ve previously heard…I’d say it’s probably more likely a lateral move than a step forward in that respect.  That being said, when you’ve got a great thing goin’ on like Good Spells clearly does…you don’t wanna mess with the recipe for success too much either, you know?  It might not be as memorable as “Down” was…or as different as “All The Flames” was…but “Who We Are” burns like a slow digital fire for the soul…and there’s value in that too.  The real bottom line is that this is a project you can certainly count on for quality tunes, and highly atmospheric vibes you can genuinely feel – and in that regard, “Who We Are” is right on point.

Find out more about Good Spells from the official website at:  https://goodspells.tv

Tags: Good Spells Singles sleepingbagstudios Who We Are