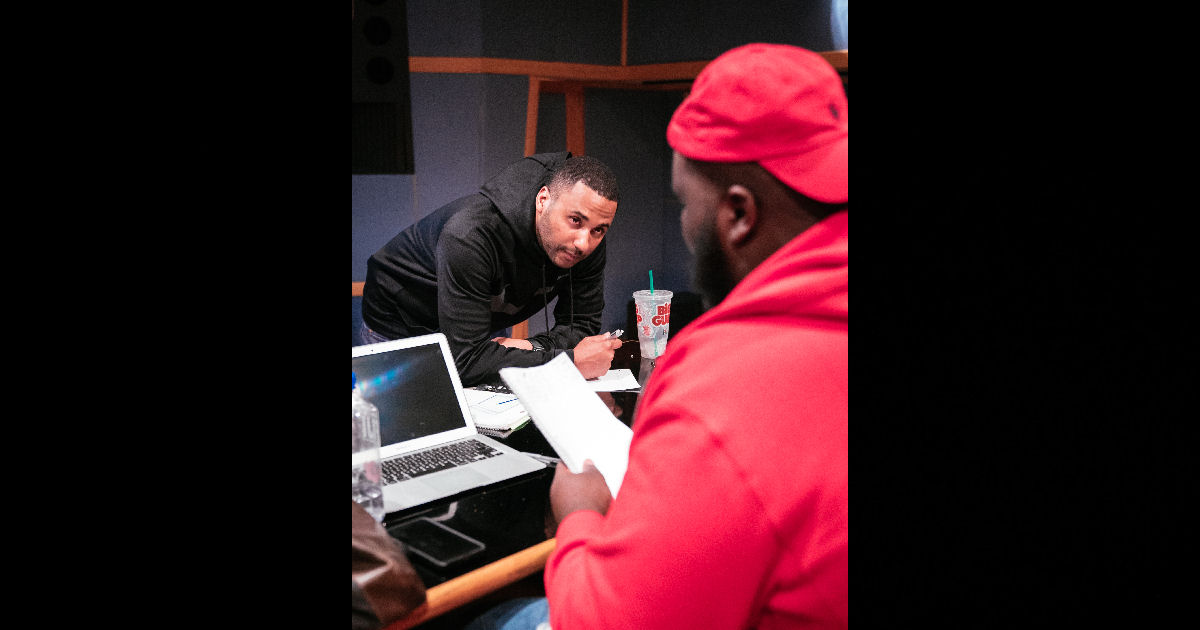 I don’t know why G.T. sells himself so short…he clearly knows rappin’ too – so that’s at least two things.

We’ll ignore the math and assume he probably knows a few more things as well…but it’s also fair to point out that the man has clearly got his mind on his money & his money on his mind…that’s undisputable.  Especially after you release a track that’s pretty much dedicated to the almighty dollar – G.T. has got himself a stylistically smooth, smart, focused & clever cut with his latest, called “Cheddar.”

No cheese here homies – we’re talkin’ bout greenbacks, dolla billz y’all…the fruits of the labor of the daily grind…the results of the hustle…”Cheddar” – the paper stacks we’re all chasin’ – you feel me?  In a sense, we’re all doin’ it…we’re all chasin’ the “Cheddar” – but you can’t ignore the fact that…well…I mean, if you’re willing to rap about it, let’s just say you’re probably a lot more focused on making it all happen than 99% of the rest of the people, artists & bands out there.  From the sound of G.T.’s amped-up performance and bold delivery on the m-i-c – you can hear that this emcee is determined to be sittin’ on a mountain of “Cheddar” one way or the other; every word spit has mad charisma, energy, and an unmistakable genuine interest in the theme he’s rappin’ about.  He sounds committed – like you know the enthusiasm & energy behind the words are real, ‘cause chasin’ “Cheddar” is what this man is all about yo!  Only natural that he’d come out sounding like he was invested and into every moment right?

And I think that really comes through on this cut…G.T. is quite comfortable making “Cheddar” and he sounds right at home on his new single.  He’s bossed right up and thriving on what’s really quite a unique beat that deserves some real credit of its own…that’s a killer jam in the background.  Make no mistake, the star remains the star here – G.T. is way out in the front and center of the mix & right in the spotlight of this song…so you’re likely to notice his electrifying presence on the mic before you even realize just how addictive the music in behind him really is.  Get yourself a couple spins deep on this cut and you’ll really appreciate just how masterful this whole vibe is put together and how the subtle & jazzy beat he’s workin’ with actually gives him every opportunity to make bold moves with his vocals and really make an impression on us, which he certainly does.  Right off the drop, G.T. attacks the mic with massive doses of swagger and authentic character dripping from every word – he’s got qualities in his vocals that other emcees just don’t have and can’t develop…that natural essence & energy that draws you in to listen and a uniqueness in his style he can truly call his own.

“Now they all want favors…”

Word to that homie.  Be ready for them to hit you up for more if you keep on makin’ “Cheddar” like this, cause the effort’s gonna stack up real nice over time.  The man is “shootin’ for the stars” on this single – and in my humble opinion, this is what it really sounds like when you really go after it.  For real – LISTEN to ANY word that G.T. spits out – everything he’s rappin’ and rhymin’ is so impressively committed…I felt like he never let a single second of this cut drop and kept the energy fresh, vibrant, relevant & real the entire distance through.  That commitment, that hunger, that fire – that’s all gonna be a huge part of what continues to set G.T. apart from the rest of the emcees out there if he keeps his game this sharp over time.  Listening to the lyrics of “Cheddar,” to me it sounds like this guy gets it…he understands that it’s all about the ‘right now’ of life and not waiting around to make it happen, but goin’ after it all and takin’ what’s yours.  And not only does he understand what it takes to achieve the success he’s lookin’ for – he’s clearly got the skills, determination, and sound that will take him to the top – but perhaps more importantly than anything else, you can hear from the way he raps on this single that there ain’t a thang on earth that would make him happier than makin’ his “Cheddar” through the ol’ m-i-c.  That enthusiasm, that electric-vibe he packs into his performance…it seriously connects to us as listeners and it’s gonna be a huge part of what keeps us all listening to this emcee as he continues to establish himself firmly into the rap-game where he rightfully belongs.