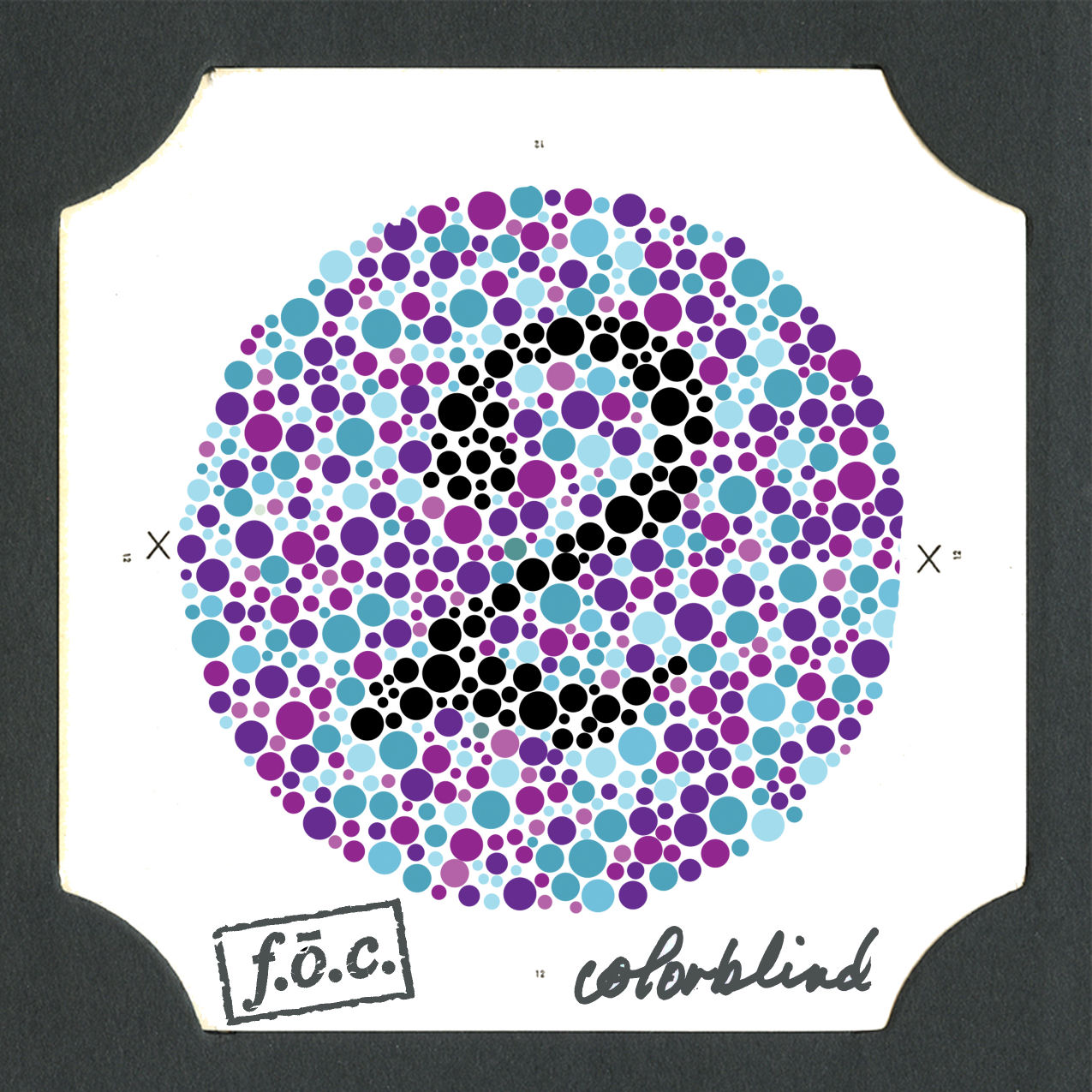 This is one of the more interesting blends of the rock genre that I’ve heard in a while. I’ll have to admit…at first I wasn’t sure…I was approaching First Order Condition, also known as F.O.C., with a caution of sorts; I was afraid that I might be pulled back into the 1980’s somehow after reading some of their influences…NOW I know I couldn’t be happier with what I’m listening to from F.O.C.

There’s nothing to fear but fear itself – isn’t that what they say?

As it opens with “Desperation,” there’s no doubt that you can hear the influence of bands like Van Halen or perhaps even Def Leppard – but if that was ALL you could hear, this review would be over pretty damn quick…don’t get your panties in a bunch just yet, let me explain…  This opening track would make for a perfect show-opener…it’s energetic, based in riff-rock and big-chorus anthems.  Wicked guitar solo-work right here from the get-go, clearly demonstrating some massive skills here right at the outset of Colorblind.

While they draw on this sound, it is updated and modernized, combined and twisted in so many ways that you can hear elements of all forms of the rock genre as they bend and switch between styles. The middle of the album confirms this as “Summer Of No Regrets,” and “Sleepwalker,” show their incredible gift to push right to the boundaries of rock with a punk or pop edge, completely at will. The shifting between sounds and solos sounds effortless for them, captivating for us – you can’t ask for much more than that.  “Summer Of No Regrets,” features a U2-meets-REAL-rock in this particular cut, great breakdown nearly three minutes in that even Radiohead would be proud of.  It’s a great big song that commands attention with it’s comforting hooks.  With “Sleepwalker,” you get an intensely inventive track, one where the bass of Chris Kosiorek really gets to shine, keeping the rhythm and pulse in the dark through the verse, nearly like a song from The Cure before they explode into a rocking chorus, only to settle right back into the rhythmic verse.  Love the energy in both of these tracks…you can hear the determination and grit.  Particularly, “Sleepwalker,” is the track that’s got me believing up to this point in the album…they’ve demonstrated some fantastic songs already, but is it just me or is this album gaining incredible strength as it plays on?

The rock-induced vocals of Nick Evans never forget to include melody, drifting between styles reminiscent of Robert Plant or Bono, perhaps Scott Weiland at times too, but always spot on with his tone. Songs like “Lovesex” are so much more than a clever title, they’re classic-rock influenced nods to the influences that have paved the way with subtle throwback moments in the mix of a modernized sound. And the energy in this band! Particularly in this track, it beats along furiously, has the perfect stop/start chop-thang going on and the dueling vocals in this track work perfectly together. Again, great emphasis on melody and songwriting, changing up the parts and keeping the music incredibly dynamic; it’s impossible not to love “Lovesex” – that breakdown at three and a half minutes in was perfect, leading to a fitting end and intro into the final cut, “Whisky + Wine.”

Some songs…they deserve an entire page, not just a paragraph…and this is one of them. In what is absolutely one of the most stunningly beautiful endings to an album that I’ve ever laid ears upon, “Whisky + Wine” is so much more than just a perfect ending to an incredible experience, it’s a true highlight in beautiful, melodic songwriting and recording. Stripped down to only acoustic-guitar, Christopher Pate flies this last track solo from the rest of his band in a song that’s so good you could never leave this off the record.

So there you have it, dear readers. Whether First Order Condition is coming at you full-speed in tracks like “Love My Way,” you can always hear their influence, yes, but you can also hear just how much incredible effort into making this music relevant that they’ve put in here. Not a single stale thing about this album; this particular track reminds me a little of something like…hmmm….A-Ha-meets-Ken Andrews. The chorus and instrumentation…it’s all here on this fantastic effort, full of completely incredible instincts for their craft. Captivating songs! I know I’m going backwards in order here now, but what can I say….I’ve got this on repeat already.

Give it a listen, I bet you will too. Find them at their official page: www.firstordercondition.com