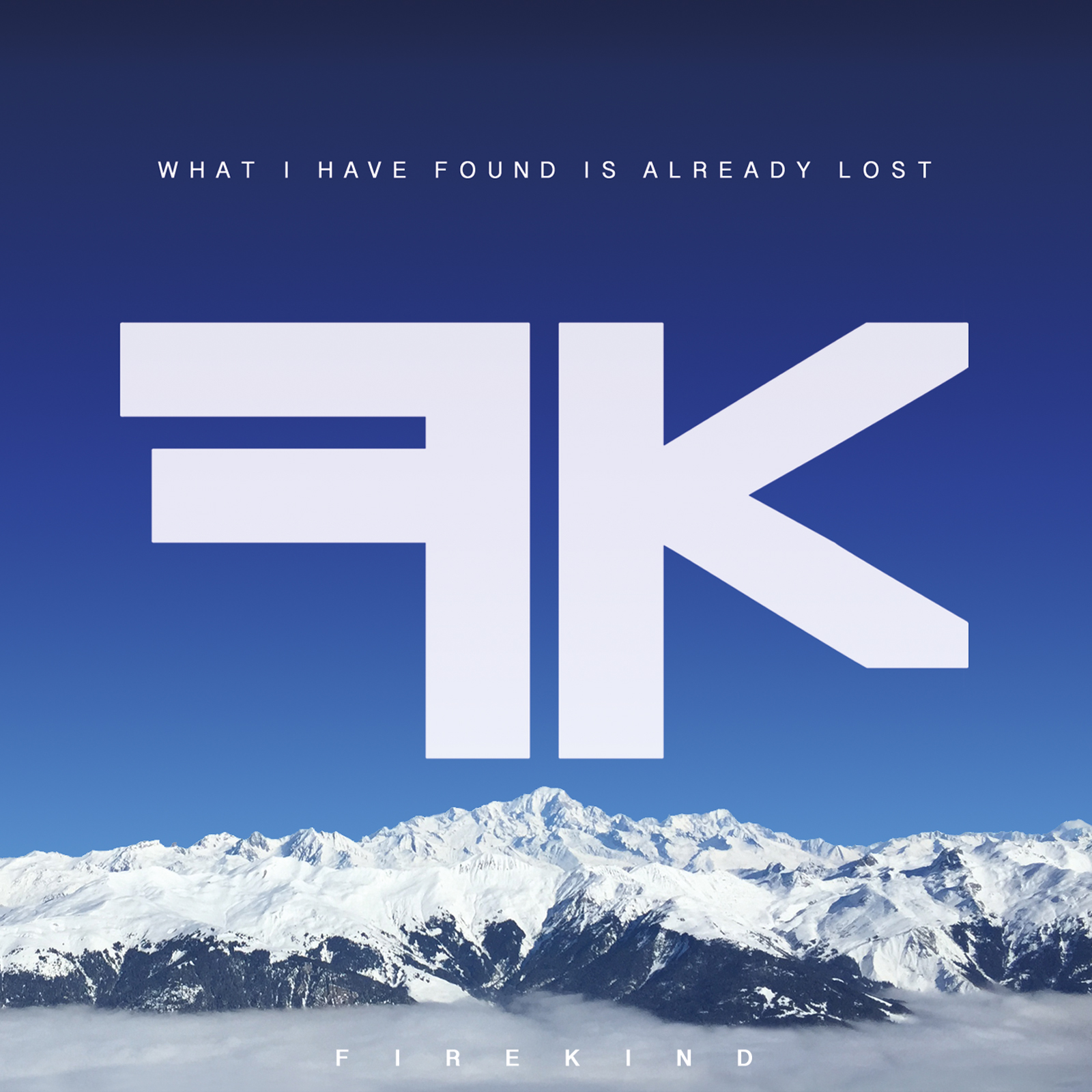 Firekind – What I Have Found Is Already Lost – Album Review

I’ll preface this entire review by telling you first that this is a must-hear album containing some of the most powerful moments I’ve heard this year so far – so be READY for Firekind. A British 3-piece rock-ensemble – they’ve got a lot of buzz & support behind them already and from the moment that What I Have Found Is Already Lost starts out, you’ll begin to immediately hear every reason why. At the first instant, it took me back to the moment I heard U2’s Unforgettable Fire for the very first time…good lord…I was probably like, 10 or 11 years old and had just ordered that album, and their album War as a double-cassette feature sale from Colombia House. Yep…I was into it all very, very early…and like a typical music-head…I’d also basically destroy my credit-rating before even having my very first job.

Anyhow…the opening tune “Adrenalin,” despite its intensity and update on the sound, really comes out like the ultra-aggressive version of music stripped right out from that era. Lead-singer Jas Morris puts in a massive Bono-esque performance, back when the infamous singer still had nothing to lose and devoted every square inch of his lung capacity to that next incredible, soaring note. Completely comparable to the inspiring sounds of those first hungry sounds of U2, or more aggressive & powerful versions of bands you know and love like Birds Of Tokyo, Band Of Horses, maybe even The Verve Pipe. Or you could look at it from a different angle…maybe they’re more like a slightly poppier-version of bands like Finger Eleven, Big Wreck, or Soundgarden.

A LOT of credit for the incredible sound & dynamic that exists in Firekind, is the precision-perfect drums from former drummer Dan ‘D’ Collings, who has since left the band post recording but contributes solidly to this record. You’ll get a great dose of his abilities in “Rise Again” which allows him to roam through all kinds of territories and confirm that this is a drummer that’s really putting these beats together upstairs in his dome and really WRITING tremendous parts that move these songs. I’ve often mentioned just how important this can be for a rock band…to have the drummer doing much more than just keeping the beat…and well, if there’s a better example of exactly the impact it can make on an album than what Dan ‘D’ Collings has done, I’d be astonished…this guy kicks an incredible amount of ass and drives both “Rise Again” and “Sound Of Rain” to complete victory. The opening pull into “Rise Again” is honestly fucking awesome; inventive guitars, thick & powerful bass-tones, HUGE drums and even bigger vocals as the song winds through verse & chorus. Between the catchy bass-line from Dan Morris and the massive, stunning vocals from Jas and insane beats from Dan – Firekind puts it all out on the line by track number two on their album and delivers a sonic-force & fireball of energy early on What I Have Found Is Already Lost.  Newcomer Joe Cook will have some gigantic shoes to fill, but word on the street is they’ve found the right guy for the job!

Truthfully…I know a ton of what’s pulling me in is literally the sound of Jas’ voice…guilty as charged. That shouldn’t be that difficult to admit, but considering how amazing the music is surrounding him, it kinda is; but the reality is this is the kind of emotion & passion in a singer that I connect with in-full. These three players absolutely mesmerize as they blaze through the hyper-rock melody of “Sound Of Rain,” a real anthem calling to embrace the moment and really LIVE that life of yours. The sheer passion in the instrumentation is astounding, uplifting and completely inspiring…and I pretty much thought somewhere around here on the album now only three songs in…well…I suppose what I thought was ‘how could it possibly get any better than these songs have already been?’

I was foolish. What reason had this band presented to me so far that would have told my instincts anything other than that they’d storm through the rest of this album with pure brilliance? There has been zero concerns regarding the quality, performance and unbelievably versatile song-writing so far…so, yeah, I’ll admit it…I needed to give my head a shake. Something this good actually takes a lot for me to absorb…almost like that point where you get ‘studio-ears’ and everything just starts to sound good in the late-night hours. And so, with a quick walk-and-back to the kitchen for a coffee to make sure I’m hearing what I’m really hearing here on What I Have Found Is Already Lost…it’s time to resume.

And it is with complete, 100% truth, that I tell you I sat back down one of the best songs I’ve heard this year. Mind you…I’m WEIRD…”If There’s Any Reason” isn’t likely to be the favourite for many in comparison to how inviting/easy it is to latch onto some of these other tunes; but for me – this is IT. I mentioned that whole thing about loving the sound of the emotion expressed through Jas…well…I’d put in a hard argument that this could be his best performance personally on this record – his voice is completely incredible on this melancholy-mover. Demonstrating just how powerful a three-piece can be – “If There’s Any Reason” is the kind of supreme performance & production that really leaves a guy like me stunned, speechless, breathless, spine-tingling and wanting more immediately.

As the rad bass from Dan adds a smoothness to the opening of “Cry For Help,” you can’t help but notice the sparkling clarity in production and the overall direction of this entire sound by this fifth track. So who’s responsible for that? GREAT QUESTION – EVEN BETTER ANSWER – Alain Johannes. You might recognize this studio-superstar’s name from a couple of tiny projects going under names like Queens Of The Stone Age, Eleven, Chris Cornell, Them Crooked Vultures…the list could go on and on but SHUT THE FRONT DOOR – REALLY? What an incredible asset to this band and to the sound on What I Have Found Is Already Lost; a song like “Cry For Help” is a real testament to that I think. While it’s certainly a catchy song…I didn’t make as strong of a connection to the lyrics in this particular cut…and I think the song is truly saved through the excellent production and instrumentation from this talented trio. It’s another freakin BIG song, especially post-breakdown…it’s music perfect for the loudest volumes your ears can possibly handle.

In the UK right now as I check this over and make my final edits & changes, Firekind is actually onstage and rocking the Somerrock Festival. If you check into their pages, you’ll see pictures of the stage…it’s no joke that’s for sure – this venue/platform looks HUGE, which is good cause they’ll need something big to capture the massive music coming from the Firekind amps. I think about how BIG a song like “Defend” would be in concert and I’ve been closing my eyes just kind of wishing I was there and imagining what it must be like to witness this band for the first time LIVE. I mean…I’m just hearing them recorded and I’ve already come to the conclusion that this band is a band I’ll never forget…and if my journalistic instincts and musical-ear have taught me anything, it’s that soon I won’t have a choice – this is world-class talent.

Through “Defend” and “Coming Out Alive,” the album does bend a little towards a more art-rock sound as opposed to hooks that are more likely to snag the easy listens. Like the albums you’ve grown up with that you STILL listen to now… What I Have Found Is Already Lost has real substance and MEAT in the middle of this musical-sandwich. These are the songs that might not grab you as strongly on those first times through, but man, I’m telling ya…these two in particular just continue to get better with repeat listens. “Coming Out Alive” is another wicked example of emotion in Jas’ vocals, he’s put in an excellent guitar solo as well here in front of the inventive beats from Dan continuing to shape and change the directions of the song underneath. Same applies here…with the epic build & ending of this song…I can only imagine just how massive it would be in front of an audience like they’re rocking at Somerrock at this year’s festival.

Now…if you’re on my side of the musical-fence, and you’ve been loving the sound of Jas Morris’ voice – you’re going to completely feel the same as I did about “No Stone Unturned;” you’re going to fall in love quickly with this subtle-natured, stripped-back & sweet tune. It’s a beautiful melody, rhythm and gradual steady climb into alt-pop/rock bliss…and the emotion & energy in Jas’ voice capture this moment perfectly. Lyrically one of the most powerful on the album, this personal struggle detailed through the narrative is breathtaking – and the performance is powerfully & perfectly matched in every finely-tuned detail, note for note.

Displaying the versatility of another infamous UK band that has a similar energy & ability to switch instantly from softer-sounds to explosive-rock, “These Are The Thoughts” reminded me of UK-festival-favourites Feeder and their brilliant full-on assaults in their dynamic tunes. “These Are The Thoughts” is the song that will remind you that Firekind is ready with the match to strike at any time to set the whole thing off in a blaze – this song POUNDS. Towards the final third, the solos and crazy sounds in the breakdown shred with a sonic-brilliance that stuffs a smile onto your face and the final scream from Jas caps this song off like the perfect dessert following your amazing meal.

Ending on the epic title-track “What I Have Found Is Already Lost,” you can hear from the way this song opens just how far they’ll take it…at this point in the album we’ve got a great grip on this band’s style and ability to expand and build these songs into massive structures. Using a somber, melancholy verse led with the rhythm-section keeping the chilled-out nature of the song in check, Firekind brings their final song to a full-boil through the chorus. Continually & confidently supercharging each line more than the last as Jas sings this song…by the end, he’s put it all on the line and ends What I Have Found Is Already Lost in one of the most complete endings you’ll ever hear to an album.

I literally have NO complaints about this record…who could? It’s the kind of innovation, precision, talent & creativity that leads to longevity; I have no doubt in my mind that this is a band that goes the distance. These three should be incredibly proud of what they’ve accomplished here on What I Have Found Is Already Lost and give their main-man Johannes a huge high-five for his assistance in bringing out their very best – this album sparkles from performance to production; it’s fuckin’ fantastic.

Find out more about them at their official page: http://firekind.com/ & support through Facebook at:  https://www.facebook.com/Firekind

Tags: Album Firekind sleepingbagstudios What I Have Found Is Already Lost 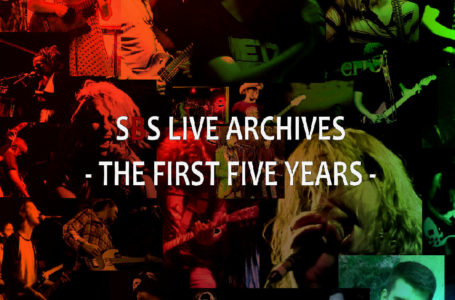