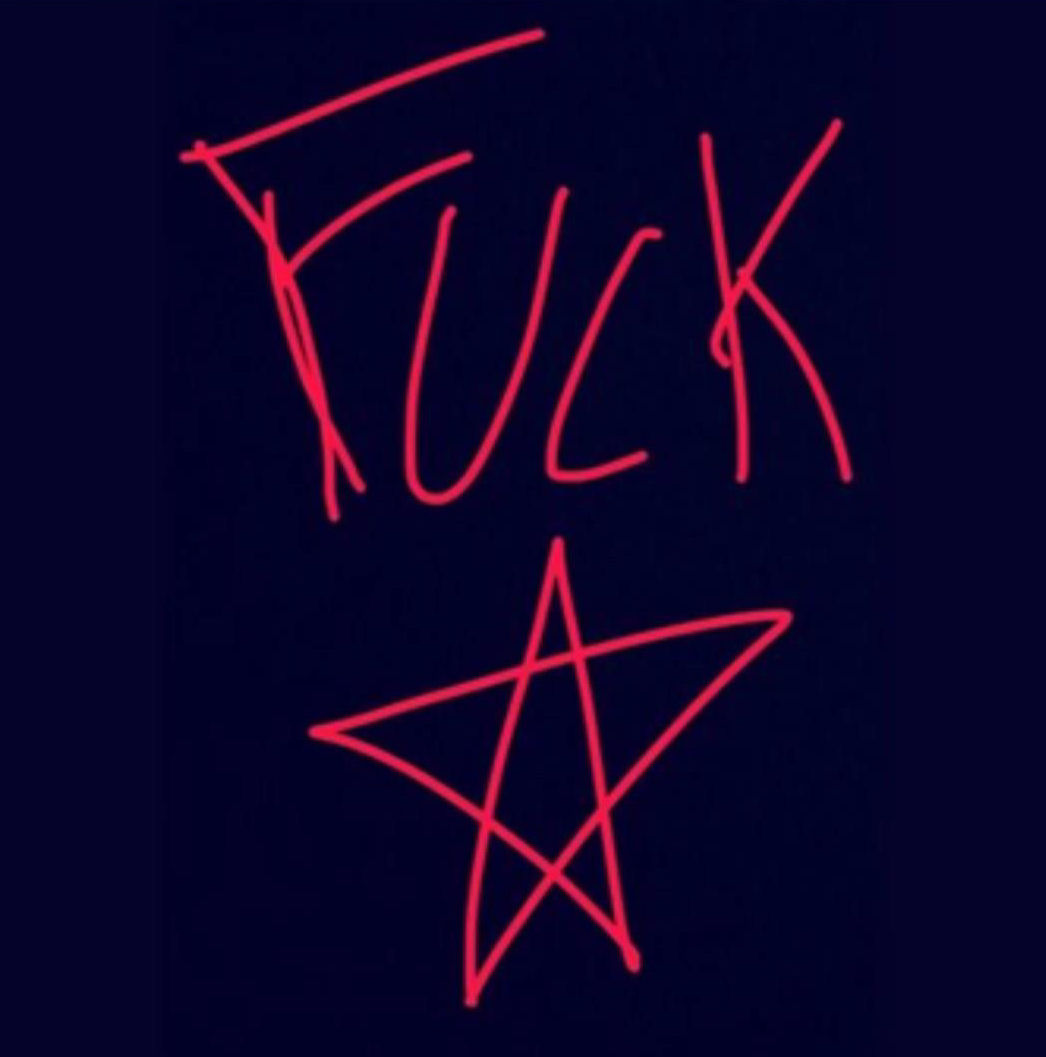 If you remember all the way back to about two-weeks ago, we first introduced ourselves and many of you out there to the music of Digital Escort with the single “Swimming With The Fish” busting through our speakers with a raging electro-chaos that was audibly intoxicating in its aggression & madness.  Seeing another new single from the band pop into the queue list today is nothing but a good thing as far as I’m concerned; not only was I impressed by the first song we’d heard from Digital Escort, but it also left a massive impression that no matter WHAT we might hear from this maniacal music-making machine…that it would be well worth my time to give it a listen.

The last thing I’d accuse Digital Escort of being is tame…but there’s also an undeniable, smoother sound here in the second track we’ve gotten, known as “Fuckstar.”  It’s still gnarly, still burly, beefy & menacing in its sound; maybe just a little more controlled-chaos than the last time we experienced DE.  And that’s okay!  Nothing necessarily wrong with that whatsoever…in fact I think, well…beyond the TITLE of the song at least, I think this comes out as a much more accessible sound to the masses than we experienced with “Swimming With The Fish.”  Is Digital Escort looking to make a more accessible sound that even your grandmother can enjoy?  I wouldn’t go that far…in fact I’d doubt that the music made by DE is anything other than what comes naturally…synthetically-speaking of course!   These three Chicago-based madmen are more than likely following the directions that their own taste in music and songwriting instincts take them…I’d be hard-pressed to assume that they’re doing anything at all to become more appealing to the masses.  If that’s the result of the slow-burning chemistry in “Fuckstar” – I’d say it’s safe to say it would be nothing more than a happy accident.

All this being said…I mean…there ARE masses that support this kind of twisted-up music.  Trailblazers like Marilyn Manson, Nine Inch Nails, Stabbing Westward, Korn…I’d say you could easily find these acts among their influences somewhere along their timeline.  Obviously I hope they’ve grown out of Korn by now like the rest of us good people – but there’s no doubt that even that band was one of the first to really help bring that alternative/industrial sound into the mainstream.  You can see various comments on the Soundcloud page for the new-single “Fuckstar” that also refer to the NIN-esque sound of this particular track…and of course, the fact that it’s been listened to by well-over a million people out there already.  Not bad for 24 days work eh?

Alright whatever…you all know I don’t believe in numbers ANYWAY…because I’m in promotions…it’s what we do and there are a LOT of devils in the details of those numbers out there.  Don’t pretend you don’t know what I’m talking about when more than half of you have probably attempted something similar along the way!  Besides…when you look at the numbers of Digital Escort, there’s a ton of consistency across the board…you’ve got tracks that range in the 200’s to the 2-millions…wait…usually the trickle-down effect spreads out more than that, doesn’t it?  More than likely – but again…whether or not I believe in any number I’ve ever seen is irrelevant when you consider the fact that I believe in doing EVERYTHING you can to get your music out there more than anything else.  Step on your own grandpa’s head to get there for all I care – but DO the right thing for you and your music and spread the word however you can!

Because what helps in that scenario…is when you can back it all up with the meatiness & beatiness like Digital Escort does.  Ain’t no one I know going to be disappointed by seeing a two-million hit-count and pressing play on these tunes of theirs – this band fucking ROCKS.  I think “Fuckstar” is a much more refined cut from this crew than the last one I’d heard already – and that their progression and attack are of equally high-standards.  Seriously…this is music that the underground-masses eats right up – and they should.

“Fuckstar” is the musical-equivalent of vertigo…it swirls and boils with intense animosity.  Excellent vocals that give just the right amount of venom and aggression into the mic to match the mean-sound of the music, which continually builds and builds as it plays.  I dig this…it’s not too-full – and that’s been a tendency of bands trying to ride the industrial-wave since it began…and straight-up, there’s a difference between a noise-collage and a well-written song.  Digital Escort proves they not only know that difference – they go on to prove they’ve got a masterful grip on their own bizarre trip with a professional approach to “Fuckstar” that really could end up setting them apart from the rest in all the right ways.

I was impressed with this crew before…and now I’m pretty certain these guys are on a path straight up to the top.  “Fuckstar” advances these guys to that next-level in my opinion…and yep, I know I said all that stuff about accessibility and ‘the masses’ etc. – you can consider me to be a part of that all you like if that’s what it takes in admitting how much I dig this tune.

Cause let’s face it…of all those comparisons I made to their sound in the opening paragraphs, it’s only Nine Inch Nails that has continued to show consistency and actual audible-growth & evolution throughout the band’s career…each of those others, not so much.  Marilyn Manson is only as consistent as the quality of the drug he’s on…Stabbing Westward has long-retired…and Korn became a parody of themselves by the time we all stepped into the new millennium.  NIN has threatened and hinted at retirement only about a HUNDRED times throughout the past decade…and Reznor’s got other things going all the time he’ll eventually want to get to – or hell, maybe starring in the new reboot of Twin Peaks will make him a star of both stage and screen.  Point being – we won’t have him forever…and this genre…this entire electro-industrial umbrella of monstrous-mayhem and extreme adventures in sound NEEDS to start breeding that next successor NOW.

And in my humble opinion – I think you’ll find that Digital Escort is going to sit upon that throne rather comfortably…these guys are the future of the alternative-industrial-electro sound and my advice is to get in on it now so you can remind everyone about how cool you were just by the fact that you knew about Digital Escort long before they blew the roof off music and let the entire mainstream know exactly what fucking cool really is.

Make sure to check out Digital Escort at their official Facebook page:  https://www.facebook.com/digitalesc/