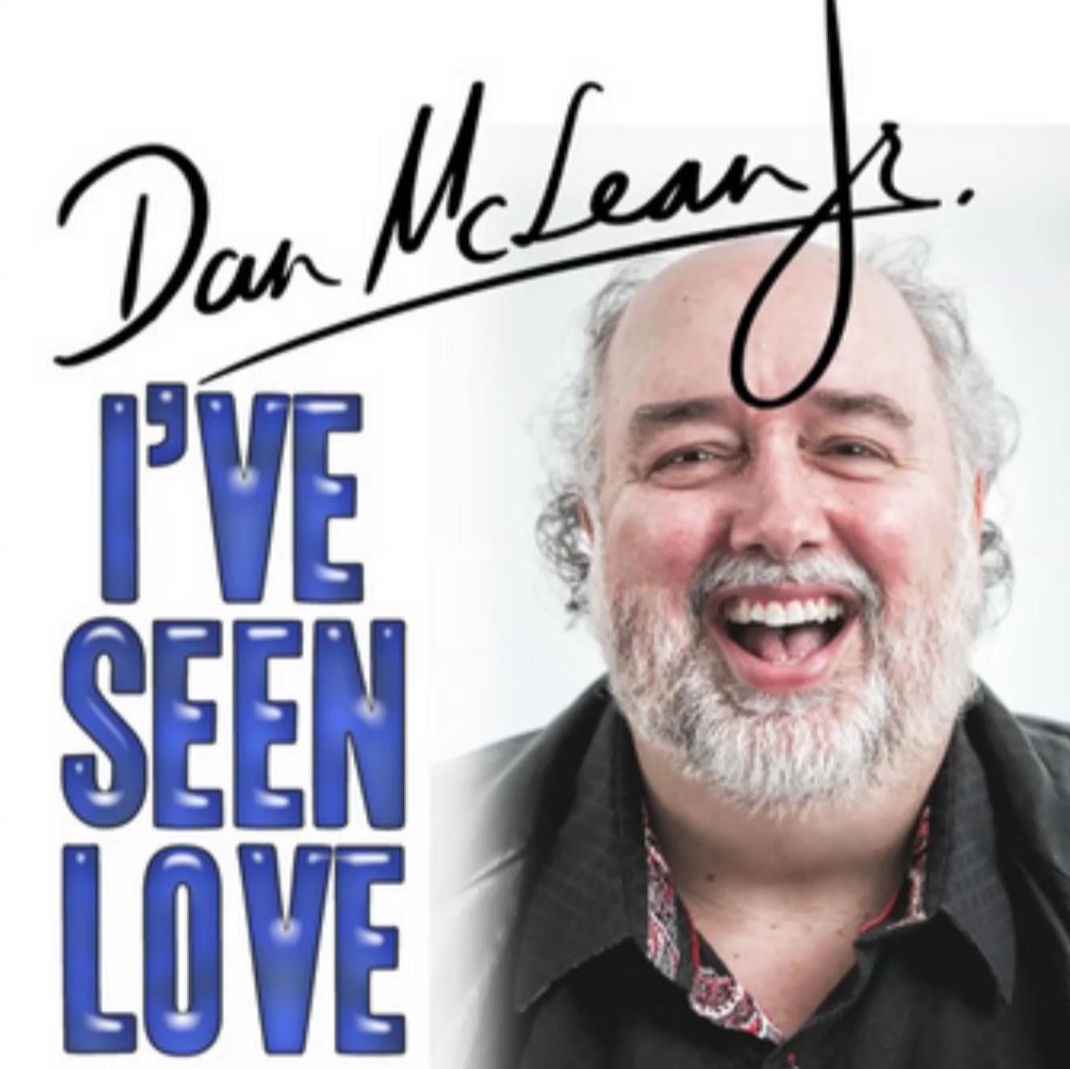 As much as I might try to resist the soft-rock genres…sometimes you can’t help but enjoy something that someone has clearly put their heart & soul into, no matter if the sound is to your personal taste or not. While it might not be something that I typically listen to on my own these days – I was a child of the eighties…and therefore as we headed into the later-parts of the decade and into the early 90’s…I was more or less being raised on an entire catalogue of soft-rock/pop as that was the dominant sound in that era. Artists like Madonna, Michael Bolton, Richard Marx…Phil Collins all took a shot at leading the charts with new sounds – many of them love-songs and mid-tempo ballads, much like we have here in review this morning with Dan McLean Jr.’s “I’ve Seen Love.”

To be truthful though, the structure and feel of the song’s dynamics stop just-short and a little-lighter of sounding a lot like something that Go West would have come up with back in their day. And to be even further truthful – that’s actually plenty-okay with me – I was also raised on Go West. Rather than sink its full weight into snappy-pop-rock throughout, “I’ve Seen Love” finds a tender mix & balance between a sound that incorporates R&B, soft-rock, pop and even arguably even a lil’ bit of soul too. One thing is beyond certain – and that’s that Dan is confident in the material at hand and gives every moment everything he’s got. The song is a sweet one…one that seems to deal with some personal emotions and feelings from Dan direct; you could look at it as a love song to someone, or you could actually look at it lyrically as a near ode to love itself.

Though it has a somewhat dated-sound as previously pointed out through comparisons, the reality quite simply is that there is still quite a market for music like Dan’s. Whether it’s in your car, at the office or where you shop – this is the kind of music you can still find everywhere and potentially McLean Jr. here is reaching out to one of the larger audiences that are still out there and has the luxury of commercial or more traditional options as to where to place his music. A wealth of choice in this respect is certainly nothing short of awesomeness when it comes to putting your music out there into the world.

All this being said – nothing in Dan’s performance or music to complain about, he’s clearly put in the work behind the scenes and has a pretty spectacular range as far as his vocals are concerned, delivering the power & emotion the song calls for on “I’ve Seen Love.” I appreciate the confidence and solid tones that he sings with and I love how Dan lights it right up at the end of this tune with some truly inspired reaches with his voices that hit the mark perfectly and add a lot of pizazz to the entire tune by really raising-up his own performance continually along the way. I wouldn’t say that it starts on shaky ground even remotely for the record – it all starts as perfectly as it ends; just so happens that the song-writing and performances cleverly build and swell with confidence and strength throughout “I’ve Seen Love.”

And there you have it! See? I survived no problem! You would too! Never forget that exploring music outside of your own genres and personal taste will lead you to all kinds of fantastic & new experiences, just like this one today with Dan McLean Jr. did with me. I’ve had a firm smile on my face throughout the entire time listening to “I’ve Seen Love” – not chuckling like I’m making fun, but a smile that comes directly from the admiration of witnessing an artist in their element and exceeding expectations.

Find out more about Dan McLean Jr. at his official page: http://danmcleanjr.com