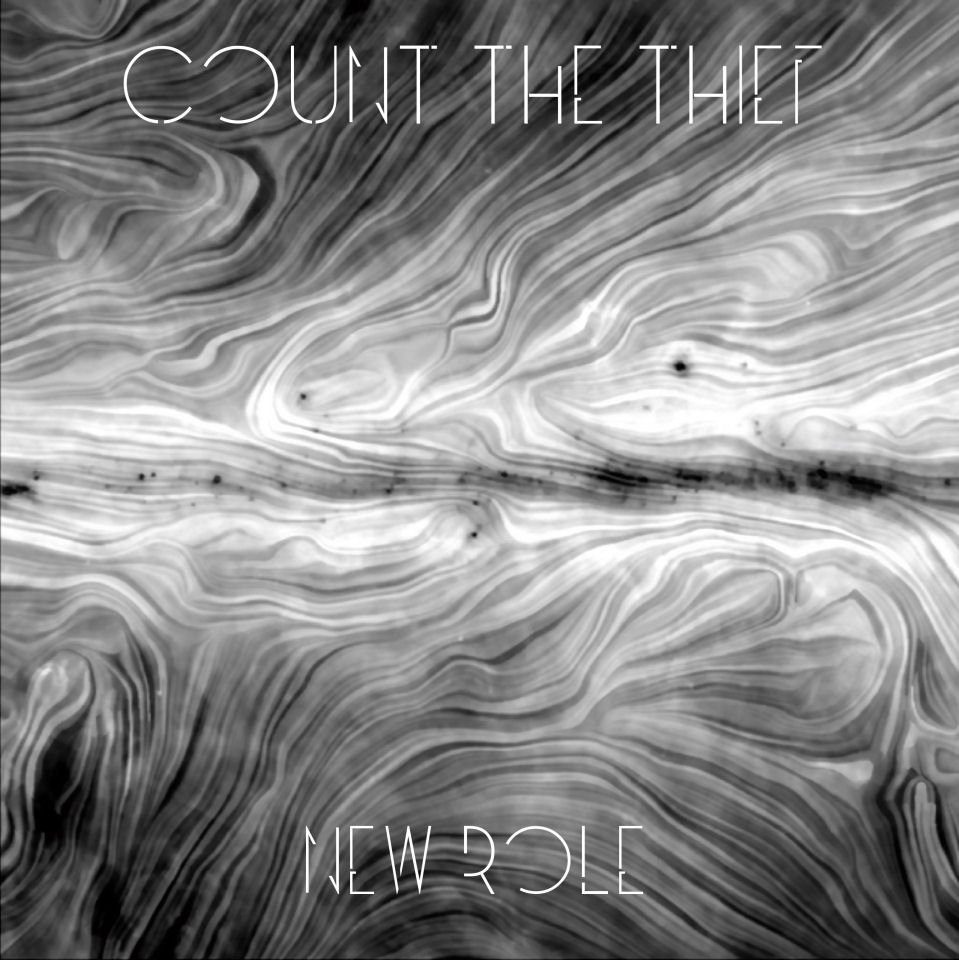 There are qualities that are undoubtedly as captivating and stand out to your eardrums as they are to mine that will grab you instantly as “Lights” starts this new album from Bangkok-based band Count The Thief begins the intense experience of their New Role. I’m just going to come out and say it early – this is a band that you’ll know the name of within these next five years. There is a phenomenally smart, energetic-creativity here that has led them to some truly beautiful & emotionally-charged moments and “Lights” is every bit the proof you need coming at you quickly right off the drop as frantic as the scattered moments of having a heart-attack and searching everywhere for the phone to call 911.

Actually…someone go ahead and make that call for me if you could; I plan to overdose on Count The Thief-music this week at some point; may as well send them over and on their way…

As “Vintage” began, I realized it was Minus The Bear that this band has reminded me of most. I am a HUGE fan of Minus The Bear…and as much as I’ve personally defended their vocals over time; that has always been the constant battle. Whether it’s been my own ears; or a friend I’ve tried to convince…it’s always come down to the vocals in Minus The Bear not being QUITE there. Listening to “Vintage” I can’t help but hear pretty much everything I’ve ever wanted to hear from that band, only now done perfectly here by Count The Thief. Large kudos to bassist/vocalist Danny Duncombe…if this guy ever needs assurance of his place in music, please send him my way for a complete confirmation. I love his tone and he’s fitting the songs absolutely flawlessly.

PLUS – there’s a major added benefit! Having a bass-player being your singer can do such extraordinary things for your guitar player so typically fronting the bands out there, and the title-track proves this theory beyond compare. Canadian-born guitar player Dave Lefor just unleashes the BEAST on this song and riffs this one into the stratosphere. “New Role” is a complete masterpiece and puts ALL of the incredible abilities and power of this band right there on immaculate display. I was massively blown away by this album’s centerpiece…so very often a title-track will let you down slightly with a track that’s meaningful but not played extraordinarily at all, or vice-versa; but not this time out. If my speakers could smile, dammit, they’d be in a full-beam of radiance right now with their hair all messed up.

“Mother Tongue,” is another fantastic follow-up as the album continues. I really latched onto the dramatic nature of their music and this particular cut ranges all over their map of sound. Even in the quiet moments, this band is furiously intense; when they light it up in their heaviest moments, you’ll completely ignore the rest of the world and just listen. “Mother Tongue” has an epic ending I just can’t get enough of, is a real highlight for drummer Toby Willems and keeps the energy alive and well in the middle of this album.

Duncombe spits another fireworks display into the microphone as “Bring Up The Bodies,” rolls along. The music is at its most intense on this one and another standout track for Willems as this track rips, stutters, starts and stops with beyond-pro precision and timing. They never let up; and even towards the very end of this track you’ll be convinced they’re about to take the song for another victory lap around the arena as it decides to fade out and break way for the down-tempo beginning of “Exchange/Replace.” Trading off vocals with Willems in backup, Duncombe brings pop-sensibilities to any of these tracks making them palatable in a brand-new way for your ears. This second to last cut out of their seven new songs is a real moment in time and sure is an indication of a band with a lot on their minds & hearts, and a group that is intensely committed to their craft and moving together completely as one single entity. All of the music of Count The Thief has sounded incredibly unified throughout New Role and I can’t personally express just how rewarding it is to hear such strong bonds audibly through the music like you can here on this album.

As the final song “86” starts out, Duncombe reveals quickly that he’s saved some of his absolute best melodies here for the ending of the album; his tone has been maximized and every note from every word trips out flawlessly into the music. Excellent guitar ideas once again driving the song, contributing, expanding and breaking around the intensity of the drums from Willems and bass from Duncombe in a quality last track to end an experience that has revolved around excellence the entire time.

The only disadvantage I can hear at all, is that the closest comparison I can come to is Minus The Bear. For many of you out there, you’re already thinking to yourselves ‘who’s this minus bear guy?’ and more than likely aren’t familiar with THAT catalogue…and that’s a slight but not dominating concern if at all. Although the music is similar in energy, sound and style, there’s pretty much no competition here when you compare the vocals of Count The Thief to what Minus The Bear does.

Count The Thief has clearly evolved a sound here on their own and found a way to bring it to that next level where ears will readily accept it. This is a very exciting sound performed perfectly all the way through and I am massively raising up my expectations for this highly-skilled band as of right now. I hear real leadership and conviction in this music…I hear a band that is more-than-ready for their time to take place; one that is finely-tuned up and ready to stake their own claim in our music’s history-books and audio-files. Give this band a little more time and a couple more albums under their belt to help spread the word on their incredibly catchy & innovative rock and I can pretty much guarantee you’ll find one of those recordings in any house you’ll walk into over these next five years.