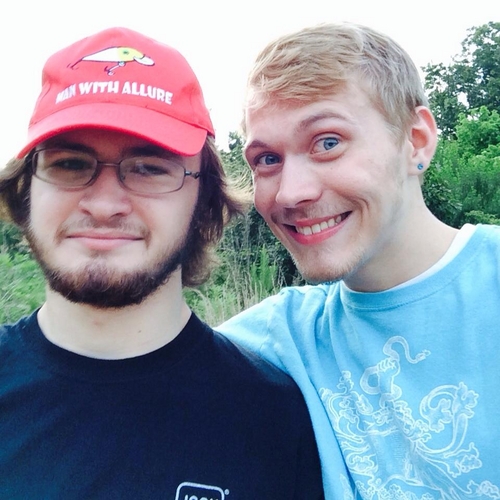 If there’s one thing I can understand from a handful of listens to Christian Farrar’s new mixtape Kaizen…it’s that this guy definitely understands the power of the mixtape genre. While most ‘mixtapes’ often play out like an emcee roaming for a home, Farrar is playing this out much the opposite, using the ability to use diverse and dynamic beats to his advantage in exciting ways throughout Kaizen.

I mean…sample use is key right? If you’re going after the mixtape element, you’ve still gotta bring the A-game, it’s just that A tends to stand for assembly. A lot of the production is piece-work…tireless hours of moving samples slightly back and forth until the mix is just right. Farrar comes out swinging right away on the opening track “Addie,” and continues on long, hard & strong from there as Kaizen kicks into full gear.

“Addie” uses a fantastic sample…almost like…it’s almost like the kind of sample that Eminem used on “Stan,” it has that same kind of hauntingly-melodic feel. But talk about and listen to diversity; the next two tracks “OH5,” and “Damned” will show you this is much more about the art of the mixtape than it is about simply finding choice beats and hiding behind the mic. “Damned” is pretty much a spoken-word track…which are ALWAYS welcome here…can’t get enough of those! Combined with the creeped-out electro effects swirling around Farrar as he becomes increasingly taken over by vocal effects, this track is definitely on the experimental edge for sure, but made in a way that really pulls you in to listen.

Personally I like the fact that he’s obviously got a lot of talent on the mic, but also knows that a true mixtape is going to carry you from one end of the sound-collage to the other, hitting every stop in between. Farrar gives an incredible amount of space to the music on Kaizen and I think that’s a solid choice; a lot of tracks have lengthy instrumental parts, but the fact is, he’s got these samples in all the right places. Take a track like “Alchemists,” where he puts himself in behind the low-end of the music…you might not catch every single word…an element I feel matches the tone of the track extremely well. This is an incredible beat, he brings an incredible flow to it and the result is every bit as incredible as it should have ended up.

After the most aggressive track we’ve experienced from Farrar to that point, we end up in a soul-infused track called “Drowning Flowers (Addiction)” that finds an excellent vocal groove before it completely transforms into captivating electro. This is a seriously well-sourced, produced and assembled electro-groove here…I’m a huge, huge fan of the way this track comes together.

You have GOT to love the sample from Ray Liotta at the beginning of “George,” from the popular movie Blow. Took me a second to get that one…I spent 10 years working in a video-store however…I knew it was something I knew well, something that Ray Liotta was speaking, and one click over to IMDB, and there was the answer I was looking for. Aside from that one sample with Ray at the beginning, “George” remains instrumental for the most part…but that opening sample should serve to make you think. Johnny Depp lends a good ol’ hand through a sample from another part of that famous film…again, I like where this track points a person, in terms of social awareness, and I like how it gives you the subtle atmosphere to let you think it all over.

I don’t think it’s a huge stumble…but the mix for the next couple tracks dipped a little for me in consistency…tracks like “Numb X5,” and “Coast To Coast” I think have great potential…but I think Farrar climbed up a little too high in the mix on these tracks, which drastically takes away from the combination he was finding so much success in earlier. They’re still good songs; just felt a little rushed around this point in the mixtape.

It doesn’t last long…as he jumps back into a slow groove for “Robot Church,” the mix finds itself upright again, and the follow-up track “Lewis-Hunter (Remix)” is completely atmospheric through a dramatic production, laced with all kinds of craziness that comes continually out of left field. To say this track kept me guessing; would be an understatement. Does it work fully? Even I don’t know.

Taking it back to the artistic dimension of where this all started, “When I Die,” is an absolutely wicked track. I love the spoken word against the menacing low-end bass groove of this track. Into another completely sound electro-infused groove…I know all too-well that these frequencies aren’t universally accepted by eardrums everywhere, but they sure are here! I loved this track, very highly inventive.

With a quick rhyme capping off the mixtape, “Oh Well,” ends this sonic journey on completely solid ground. It’s been an interesting journey in sound no matter which way you spin this album, this last dark beat is the icing on the cake of a fantastic effort, untypical in almost every way from the rest of what you’ll find out there…cause again, Christian Farrar actually gets what a mixtape is really supposed to be all about.