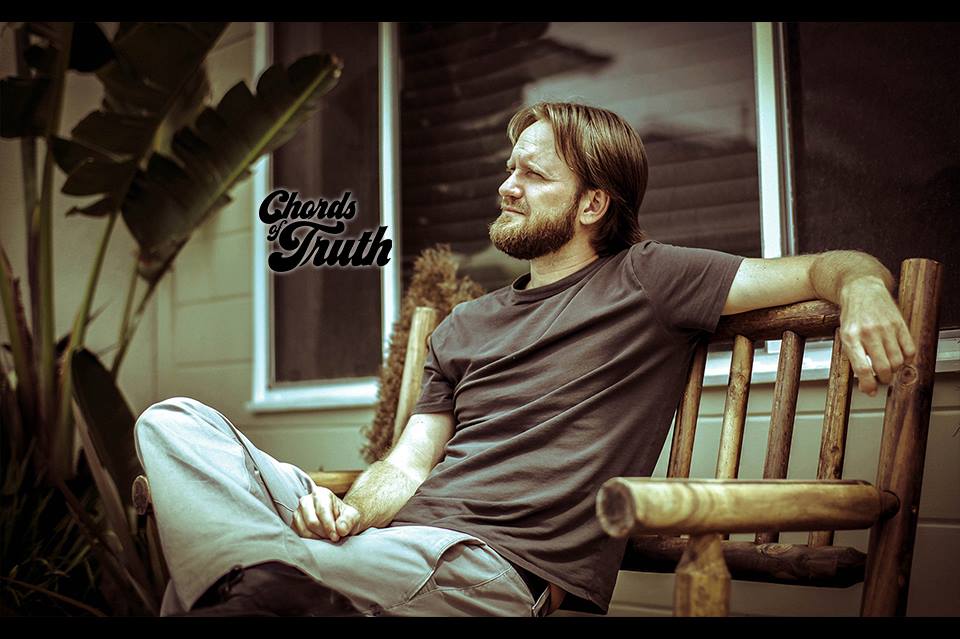 Sweet intentions, melody, harmonies and ambitions flare in the new single “Wonder” by Chords Of Truth.  A beautifully-mixed light-folk/acoustic tune – it’s been a very long time since we last heard from Jason Garriotte, the main musician driving the entire project…but it’s comforting to know that this guy is still out there pursuing his art and his dreams.  Seems like Jason has always had his heart in the right place…one that’s always expressed a love of humanity and the potential for true unity between us all; we’ve heard that from him in the past on a double-album we once reviewed, and we can certainly hear that in the latest song “Wonder.”  You can tell that were it not for this guy doing his part by calling attention to humanitarian needs, sociological issues and emotional examination through his music that he’d be kept awake by the same subjects he writes about.  If music is truly a form of therapy, then it’s one that Jason has embraced entirely…and as much as it saves him personally, he also uses its healing properties to help educate and heal others.  “Wonder” deals with a lot of musings on all this…and its simple-yet-thought-provoking lyrics paint a clear picture from the words he sings.  Sharply produced by another artist we recently reviewed for his own solo material, Jef Joslin lends a hand on the boards for Chords Of Truth this time around notably adding a little magic to “Wonder.”

In his own humble style though, Garriotte is certainly able to write a song that resonates.  “Wonder” really ponders the future and where we’re all headed as a society…as people…as individuals.  It’s not necessarily unexplored terrain in either the lyricism or the music exactly, but at the same time, the way that Jason constantly observes and questions through his songs are certainly a proven testament to the fact that he’s consistently thinking about how to improve on the world in which we live.  In that sense, you can almost listen to “Wonder” like it’s a subtle & cautionary tale of what to what out for along the way…or at least which questions we should probably be asking ourselves as well.

I think the hooks in “Wonder” come out strong…and I think that’s fueled completely by the conviction of Jason’s belief in the words he writes.  He’s able to sing them with as much strength as he does, because he really believes in the messages he’s sending out to us all.  I think a track like “Wonder” speaks volumes about him as a person…again, when you consider just how many things we could choose to write about that there are out there – I think it’s admirable that he chooses to write his music on a relatable, grassroots level that people can connect to and feel the relevance these questions in “Wonder” have to our own lives.  His new single really sounds like the deep thought process that occurs when you think along these lines…not troubled at all, but very much the opposite…comforting.

Another solid tune from the Chords Of Truth project…another admirable song just as full of hope and questions as it is of “Wonder” itself.  Jason plays it well, sings it sincerely and really allows the words to ring out clearly so that we all get to ponder our existence alongside him.  He’s clearly a man of the people…and songs like this take a lot of heart to write and create, but as tough as these questions can be…they’re entirely important to consider.  I think Chords Of Truth’s new single “Wonder” really goes at the perfect pace to really let everything being said & sung really sink right in and allow you to reflect on what the words will mean to you personally.  There’s a great chance you’ll catch its true intentions…which in my opinion are somewhat of a challenge, or a musical call-to-arms beckoning us all to become the best versions of ourselves and treat our entire world like the beautiful present it is.

Find out more about Chords Of Truth through the official homepage at:  http://www.chordsoftruth.com