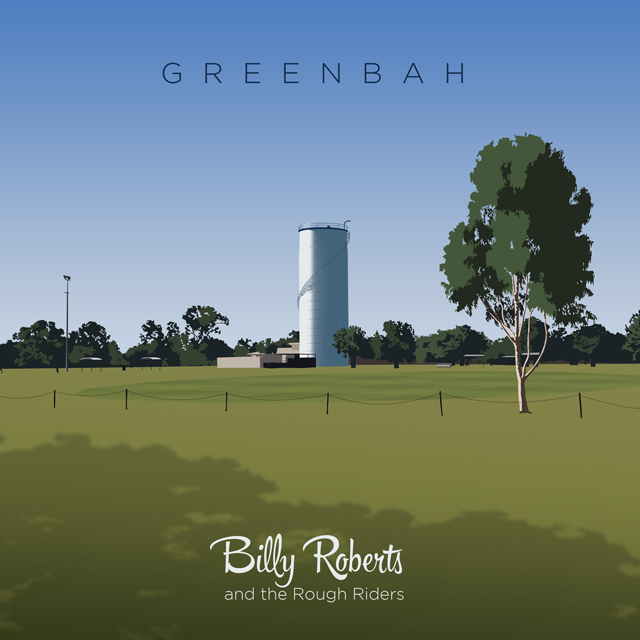 Wild Bill returns on his pursuit towards the next record for Billy Roberts And The Rough Riders with a new single called “Blood And Bones” from the upcoming album Greenbah.  I’ve notoriously enjoyed quite a bit of their straight-to-the-bone rock-music in the past – most recently with a previous single from the same upcoming record, a song called “Little Johnny.”

On their new song, Billy Roberts And The Rough Riders might be hinting at a slight change in the direction and sound we can expect with the new album Greenbah.  Whether or not that will appeal to the existing fans of this crew is up for debate a bit more this time around on “Blood And Bones” – I think that longstanding fans of Roberts’ music will understand the shift in his sound on this single at the end of the day…but I’m not entirely sure that if I’m hearing an evolution of the overall sound or a deconstruction of his old one when it comes to this new cut.

As much as I might love & respect the guy – or ALL music for that matter…I feel like I have to call it like I hear it…and my gut tells me its unsure of whether or not this particular single will make the impact that Billy is looking for it to potentially make.  The positives are that it’s lyrically sound…musically it brings him closer to the style of The Boss and I’d imagine that’s always a good thing to hear in the BRATRR camp.  They play it well…I’ve got no real complaints against the musicianship, performance or production – so what gives right?

Writing can still have multiple positives and still not quite slip into its full potential or capture the moment exactly as we envision it to come out…and I felt like that struggle existed more-so on this particular tune than anything else I’ve heard from Billy Roberts so far along his journey.  I wouldn’t accuse him of sounding bored so much as maybe just missing a bit of punch or enthusiasm to match the energy & the vibe of the music overall; I think his tone is bang-on & the parts he’s written work…they just need a bit more life to give them the impact they deserve.  It feels a bit spacious perhaps…almost like it’s missing some additional words to fill in the sparseness of the vocals line-for-line.  Compared to “Little Johnny” the sound of “Blood And Bones” is a lot more lighthearted despite the sentiment and contrasting lyrics…and I know for myself personally, I’ve always enjoyed the darker-side of what Roberts and the Rough Riders tend to put out there…and to be fair to them, that’s a factor.

What I did like was that Roberts did take a few more chances with his vocals here and also began to experiment with changing up his own sound a bit with creative filters and effects…I’d go as far as to say I think it’s something he should certainly free himself up to explore more in the future because those parts really DO stand-out and make the impact on “Blood And Bones.”  Guitars from Alex Quinn & Roberts are rock-solid, as is the beat from drummer Rory Faciane…those worked really well for me here.  As far as Billy Anderson’s organ-donation to the track is concerned I was more mixed…not due to his playing so much as the sound itself and how this particular sound tends to hurl an entire song back in time…which isn’t by any stretch his fault.  When you listen to the song and its atmosphere & intentions – you know that what he’s doing fits the vision of the sound…and for some it’ll be the perfect addition.  Idea-wise overall…”Blood And Bones” works well enough but does sound very much like a revisit to a sound that’s been plenty mined throughout music’s history, which of course will be comforting and inviting to some while potentially also leaving a few others out there looking for a bit more.  Maybe that was it for me…much of what Roberts has written and recorded over the past couple years really packed that dark & gritty sound into more creative and artistic ideas within the rock-genre than the brightness of this particular rhythm he’s got here allowed for on “Blood And Bones.”

So there you have it…honest to a fault as I always aim to be.  There are positives here, even though “Blood And Bones” met with a mixed-reaction for myself personally – it’s got a classic-rock sound to its vibe that many will easily latch onto.  It might not be my favorite song in the growing catalog of music from Billy Roberts And The Rough Riders, but I feel like I understand its existence within the framework of his sound & vision for his style, and that it still makes a justifiable & valid contribution to their body of work.  What I CAN say for sure…is that this is indeed another step closer to the release of that next album, Greenbah – and that I’m now more curious than ever as to which directions the rest of the songs will take the album in.  Between the first two singles released, “Little Johnny” and “Blood And Bones” there’s a massive contrast in the focus on the writing and sound…it’ll be interesting to find out how they bridge these two songs within the confines of one record; or maybe it’s an indication of the band about to explore all kinds of sounds, styles and ideas within rock on this next record – we’ll see!

Find more music from Billy Roberts And The Rough Riders at YouTube:  https://www.youtube.com/channel/UC-Fj5L70KfWvrhORMjkF6fQ 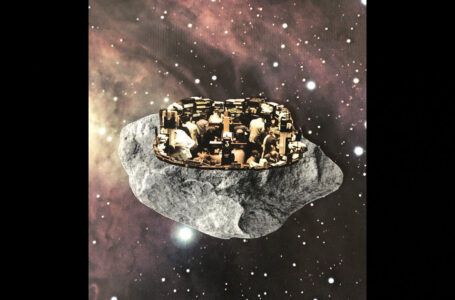