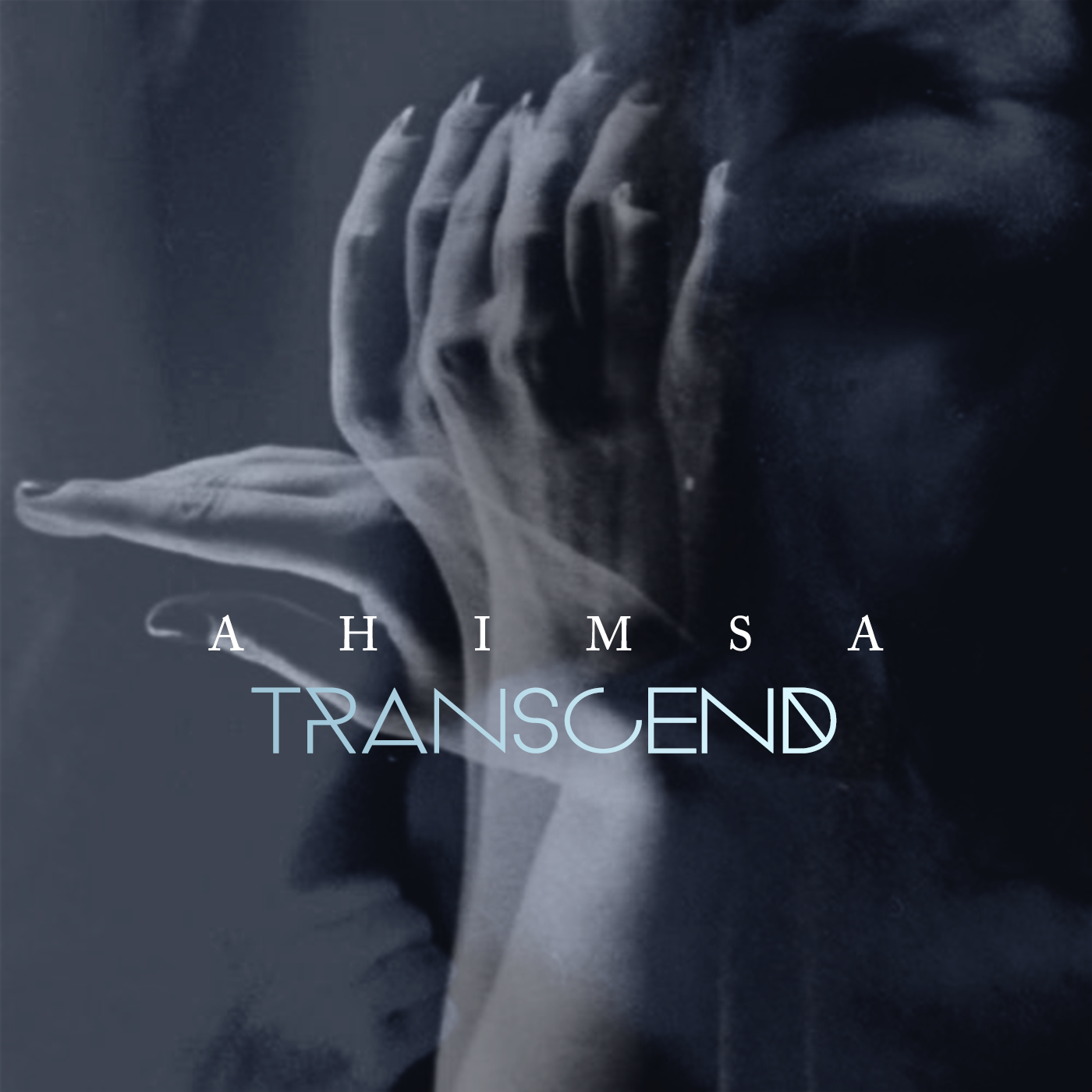 After experiencing the music of Ahimsa for the first time in 2013 I can tell you firsthand that I’ve been waiting ever since for whatever might come next from this incredible project. Anticipation runs extremely high for this album as I can easily say that Ahimsa ranks up there with my favorite bands and artists of the instrumental rock scene. In listening to the new album Transcend, it’s clear at the point there’s zero difference between what Ben’s one-man accomplishments making music in Ahimsa sound like compared to my absolute favorites and giants of the genre.

Ahimsa has every right to be in that list…this is music that earns its keep through extraordinary depth in sound and true commitment to atmosphere. The extremely subtle opening of “Mariana Trench” starts the album with translucent sounds almost inaudible…slowly expanding over a beautifully toned guitar and hazy atmosphere. It’s as if you can see the music of the rest of the album preparing for a battle to be waged upon your attention-spans, assembling themselves into a massive construction and coming at you in full regalia at the end of “Mariana Trench.” At this point – I’m already incredibly amped up…that ending was PERFECT and what a build to get there! What a payoff!

As it moves into “Wambiana,” I’m of course, squealing from delight and just trying to keep myself contained at this point. I said to my wife last night…it’s like Ahimsa took the very essence of “Auto-Rock” by Mogwai and expanded the premise into the backbone of an entire sound or genre itself. But that mood…that feeling…those incredibly dynamic and emotional piano parts and incredible guitar filters and swirling atmosphere…there are no accidents here; everything put into this record, performance and song is a direct reflection of Ben’s incredible love and commitment to the music. And while I could go on FOREVER about how much I love this song…I’m literally assuming Ben would already KNOW I would…so thanks dude, cause I do!

We’ll move on…for now…if only because we HAVE to talk about the way that one of the shorter tunes, “Birdwing” becomes one of the best rides on the album. At just under three minutes, it’s still a large accomplishment by any stretch of the imagination; again starting out in a low-key atmosphere, and giving way to a brilliant change up halfway through the song. The drums…just perfect for this song, they’ve got an incredible tribal rhythm & roll…it all just comes together as perfectly as he could have possibly hoped, and so too this album so far, for me.

Not by saying ‘so far’ that I expect that to change at this point. Ahimsa is so consistent with quality it should SCARE the mainstream instrumentalists…cause Ben is coming. Any doubt of that, is silenced quickly by the massive epic “Antiqueeze,” which is approximately one quarter of the entire album length at just over ten minutes. Needless to say at this point, this journey covers all kinds of brilliant dynamics in sound and structure and just flat-out delivers for (painfully obviously) ten minutes long! I can’t even begin to explain just how flawless this Ahimsa project really is…there’s simply nothing I’d ever to think of changing remotely. “Antiqueeze” takes you through an incredible adventure, nearly hitting onto a post-punk vibe in the midst of the track, borrowing on bass-tones and guitar you might find in Joy Division or on albums from The Cure, and with all of the dark melancholy & mystery that should accompany those references. There’s a slight element of menace on this track…at least for certain during that middle segment…this track is so massive it could have easily been three tracks for any other band. As it comes chiming and crashing into the final three minutes, Ben lights up the guitar for one of the most incredible parts he’s put on this album with a simple but completely effect blast of sound that transforms this epic into sheer legend.

Now…you KNOW he’s a nice guy, cause he immediately cuts you a break and lets you breathe for a moment with the soft-side of him coming out in “Create.” This track reminds me of the eastern influence you can hear in instrumental bands like Tortoise, ones that nearly replicate electro through their assembly and incredible skills on their instruments. The switch in “Create” is unlike any other on the album…it’s a real ‘rock’ sound coming at you on this one; and with the bendy-guitar taking the lead, it’s actually extremely reminiscent of something Steve Vai would have created in his early work on Alien Love Songs. Complete credit to Ben on this one; it wasn’t a switch I was anticipating or expecting, and again shows the depth of an artist that can bring complete visions to vibrant life through music. Another style, another sound…and another flawless performance.

Title-track “Transcend” is the shortest on the album at just over a minute and a half…beautifully played guitar in a spacious atmosphere…again…it feels as if the battle is just about to begin once again. I absolutely love the incredible texture and atmosphere in the music of Ahimsa.

With the DIRTIEST guitar line I’ve ever heard since The Jesus Lizard put out “Zachariah” way back in the day, the final track right away grabbed my attention for its dark, slow-rhythmic brilliance. This is how to make an impact…this is how to leave someone with an impression of your sound and scope that they’ll never forget. “Dissolve Illusion,” is just pitch-black throughout its opening, and though it might break, crack and bend rays of hope partially through the first half…you just know he’s coming back to claim the rest of you; it’s only a matter of time. With a wide-open space filled with echoed guitar tones and subtle synth this track builds up with an intensity like sitting in an interrogation room when you know they’re guilty and you know they know it…again, it’s only a matter of time…

EXPLODE. Into one final burst of sonic glory, Ahimsa just claims the throne with this final part of this final cut. The battle is over…and to the winner go the spoils. There’s such an incredibly dramatic finality in this album that you can’t possibly ignore it; for an instrumental album, these songs create imagery as clear and vivid as a 3D movie.

I can’t say it any better than I have, or in any way that can compete with the incredible album put together here by Ben on Ahimsa’s latest album. To say I had massive expectations for this album would be an extraordinary understatement…but to say that those lofty expectations weren’t both met and surpassed in every aspect, would simply be a lie.

And I wouldn’t lie to ya.