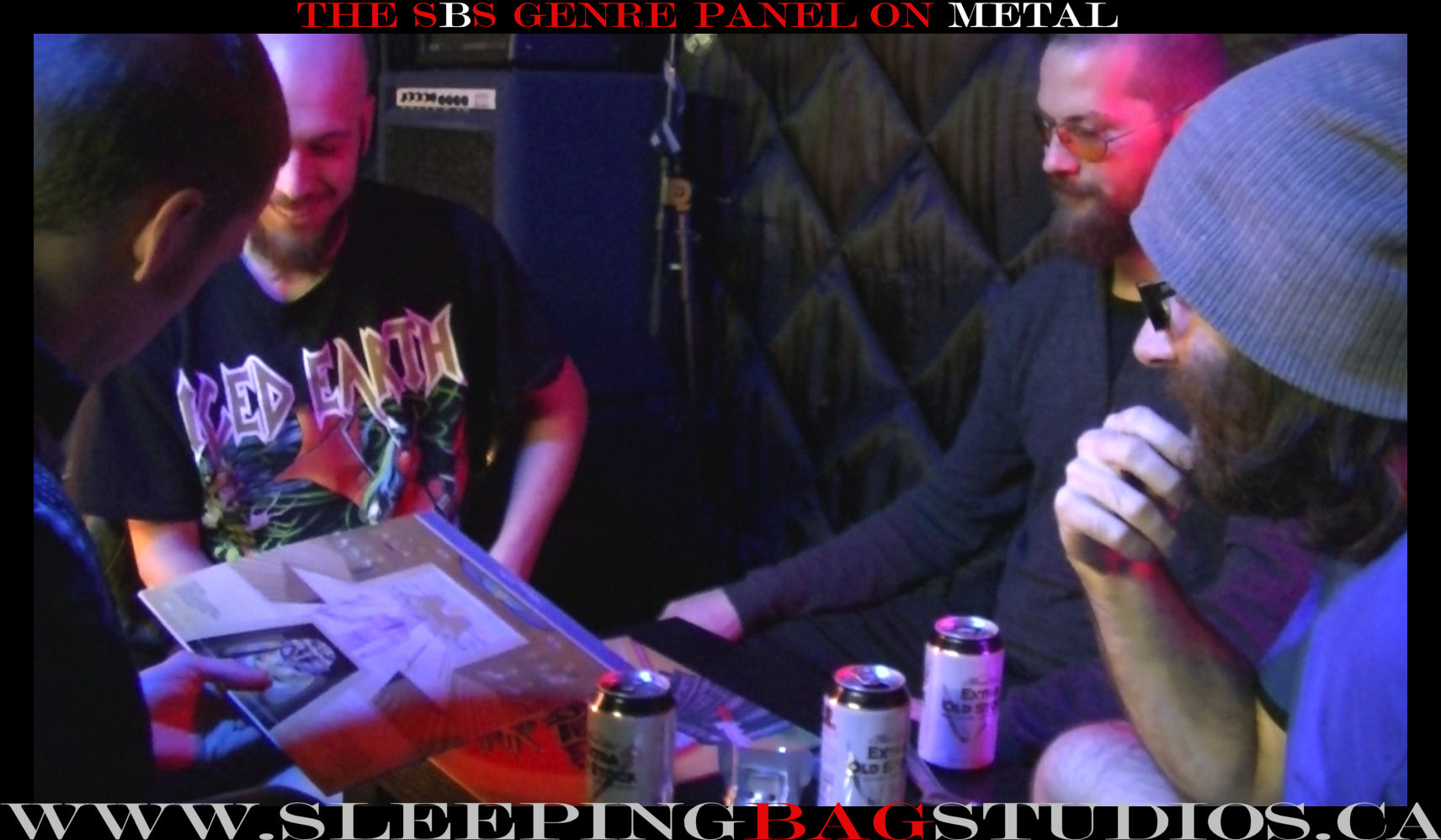 Some of the raddest times I had the privilege of experiencing in the independent music-scene of Vancouver was putting together ‘panel’ style episodes where we’d pull in local heroes of certain genres to bullshit about the music that made them who they are today and what defines the style.  That being said – they are, by far, the HARDEST thing to pull off…think of the pain in the ass of organizing your next band practice X100 and that’s close…hard to get everyone together at the same time…but the proof was in the pudding each time we tried this.  The SBS Metal Panel was the first one we shot…back when Rob @ SBS was still hanging out at the studio in 2013.  We brought in Leighton (Iron Kingdom) and Ruddy (Aeterna) to school us on metal…couldn’t have asked for better guests of more knowledgeable people on the subject – I learned a ton about the music that makes the genre timeless that day and considering it was the second time I’d had them both in the studio just to talk…I could never thank them enough for putting up with a double-dose of my rambling questions and endless curiosity.  Check out some additional photos from our time together on SBS Live This Week below!