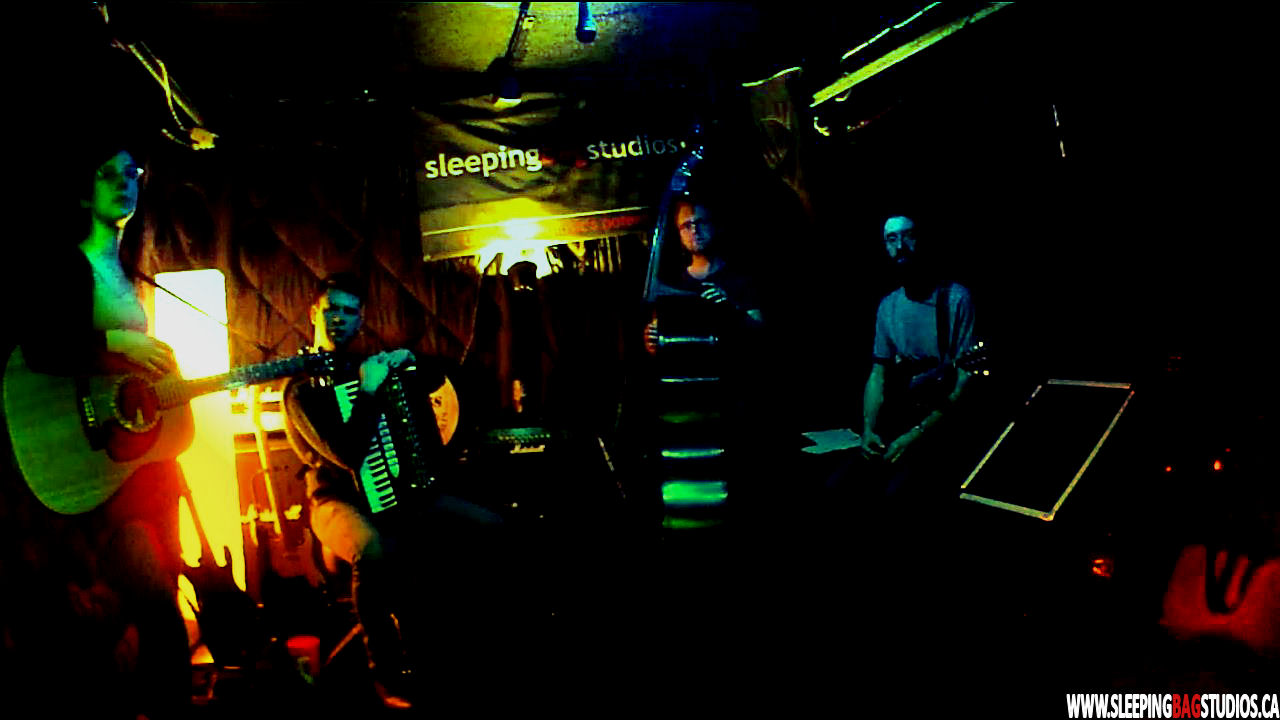 When we first met West My Friend in 2013, we met a slightly different lineup with Adam on the bass and their opening act Brett Wildeman with them as well; we had a great chat with the folk-band from Vancouver Island but we didn’t get a chance to see them play that time around as they were doing a whole press-circuit at the time and flying out to another interview directly after ours.  Flash forward to 2014 and they release their second record When The Ink Dries, get nominated for our annual reader-vote and win the honors of being your official Best New Sound of that year.  I think at that point we’d caught them live in the summer of 2013 at least…but we’d still yet to have them play the garage in BC at sleepingbagstudios.  It took some patience…it took some waiting…it took a new bass-player (Nick) and a new tour to bring them out again – but eventually it happened in 2015.  We got to see them in their element at the Acoustic Emporium in Chilliwack as well as finally having them play at the studio – a set they even let me personally pick!  A true honor…West My Friend continues to succeed with their music and have since traveled around the globe supporting it – they completely deserve that success, they’re one of the hardest working bands we’ve ever had the pleasure to meet along the way and living proof that putting the effort in yields fantastic results.  Check out some shots from their time at SBS in 2015!