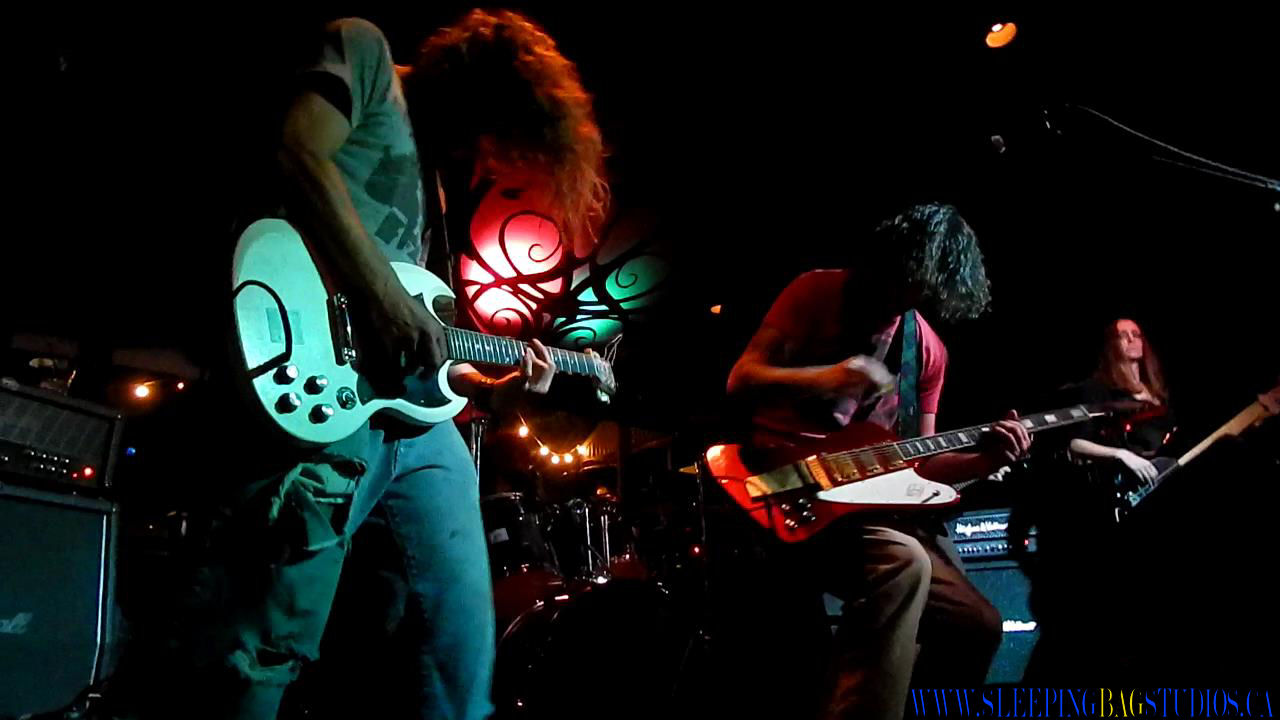 Closer or Closer…however you choose to pronounce it…doesn’t matter to me or them I’m sure as long as you’re checking out their music!  If you’re around the Vancouver music-scene then you’re already familiar with these noise-rock behemoths…they’ve shown up on just about every stage throughout the city and neighbouring cities throughout the past three-four years, up to and including many a private-show taking place in households and dank dungeons.  I’ve seen more than a handful of Closer shows as you already know…we witnessed the birth of some of their songs even taking place in the old-studio in our BC location…and each and every step along the way the band showed more than promise – they evolved in huge leaps and quickly found their way to being one of the city’s most reliable and electrifying bands onstage.  This show from The Backstage Lounge was an absolute triumph…and a whole lot of chaos.  The crowd was straight-up outta control for 90% of the night, Closer shared the bill with Gyrus, Scissortooth and Fey and the people in the audience never felt the need to slow down with the intense rock coming at them relentlessly from the stage.  Huge champions in my books – Closer remains one of the bands we’re closest to and keeping an eye/ear out for all the time – make sure to check out their split EP with Fey called Sugar and get yourself in on this band before they take right off!