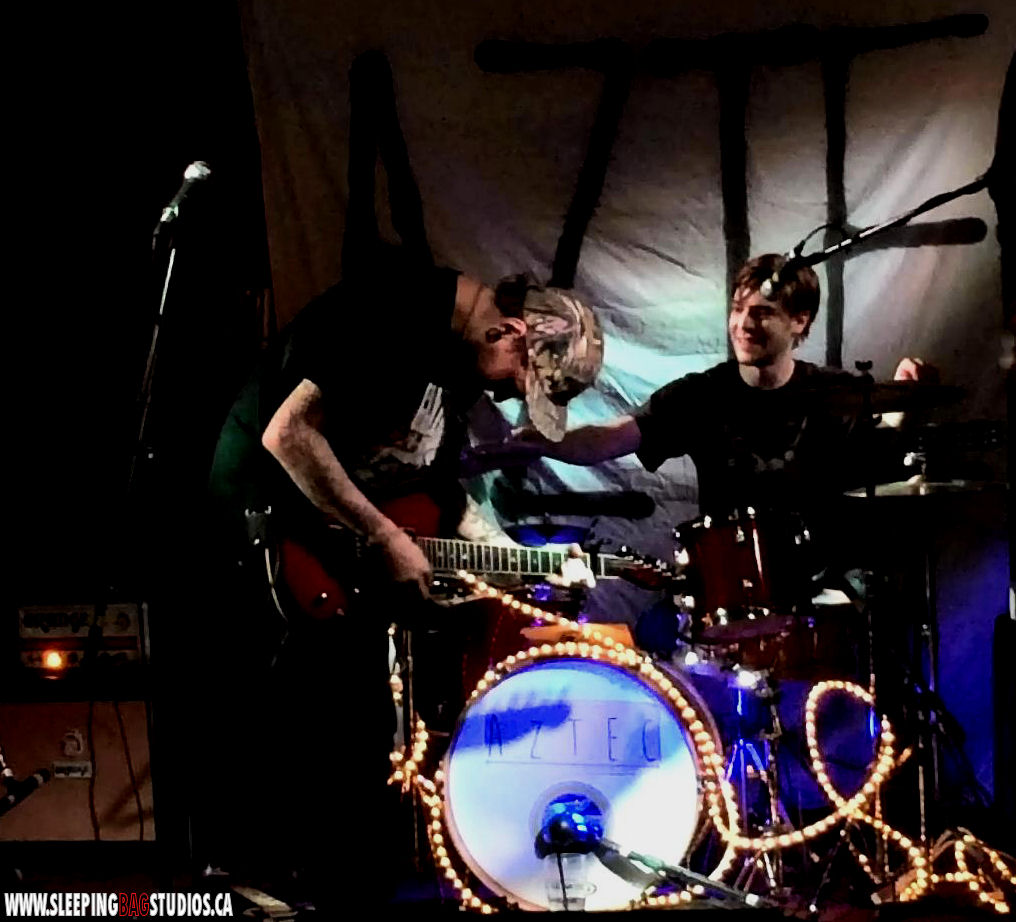 Here’s a look at some of our favourite memories from our history…the SBS Photo Journal!  Gathered from our show SBS Live This Week, live events around local Vancouver, BC & beyond, and from all our random experiences here at the place we love more than anything, sleepingbagstudios.  The guys in Aztec have been making some of the best indie-alternative sounds over the past couple years and we’ve had several interactions with this band since meeting lead-singer Kyle Schepens in 2013.  Not gonna lie to you – their first trip here in 2013 as Aztec was one of the most disappointing experiences I’ve ever had out there in the scene…not the band’s fault by any means…the entire club basically cleared out by the time they hit the stage as the late-night headliner and then-unknown band from the island music-scene.  Even though they had next to no one but myself to play to – they always put on a killer set, and they DID kill it that night.  You’ll have to take my word for it…pretty sure I knew the other five faces that were still there that night…and I know they weren’t YOU.

However!  Aztec returned in 2015…and with a little help from SBS, they stormed the Railway Club in a full-on redemption.  Kyle let me know that they needed an opener…so I got on the phone…and we got The Pit to open up for Aztec!  How rad right?  A week later and a couple days close to the show, they needed another opener or the show might be cancelled all together…so I got on the phone…and we got Blackout Lights to open up for The Pit opening up for Aztec!  Like, DREAM LINEUP YO – this was such a cool turn of events and I was honored to help play any part in making that happen.

Blackout Lights are such champions.  Not only did they take the gig with like, 48 hours to spare – they fuckin CRUSHED it that night and got the whole club moving.  The Pit…not to be outdone…went out and played HARDER, MEANER and more BEARDED than ever before…audio-insanity and thrashing grunge rock at its finest…but both bands admittedly a little harder on the edge of rock than Aztec…and with both having amazing nights onstage, it nearly set up the boys from the island for a round-two shocker and another upset at The Railway Club…

…but they KILLED it.  Aztec went on to crank the distortion, bring up the amps and the energy and played to the crowd they saw in front of them.  The place was PACKED and stayed packed right up until their final song of the night.  Solid performance and a well-earned victory on what could have been a very tough night.  Aztec proved onstage once again they’re a force to be reckoned with when they’re at their focused best.  Take a look at some shots from the show in 2015!