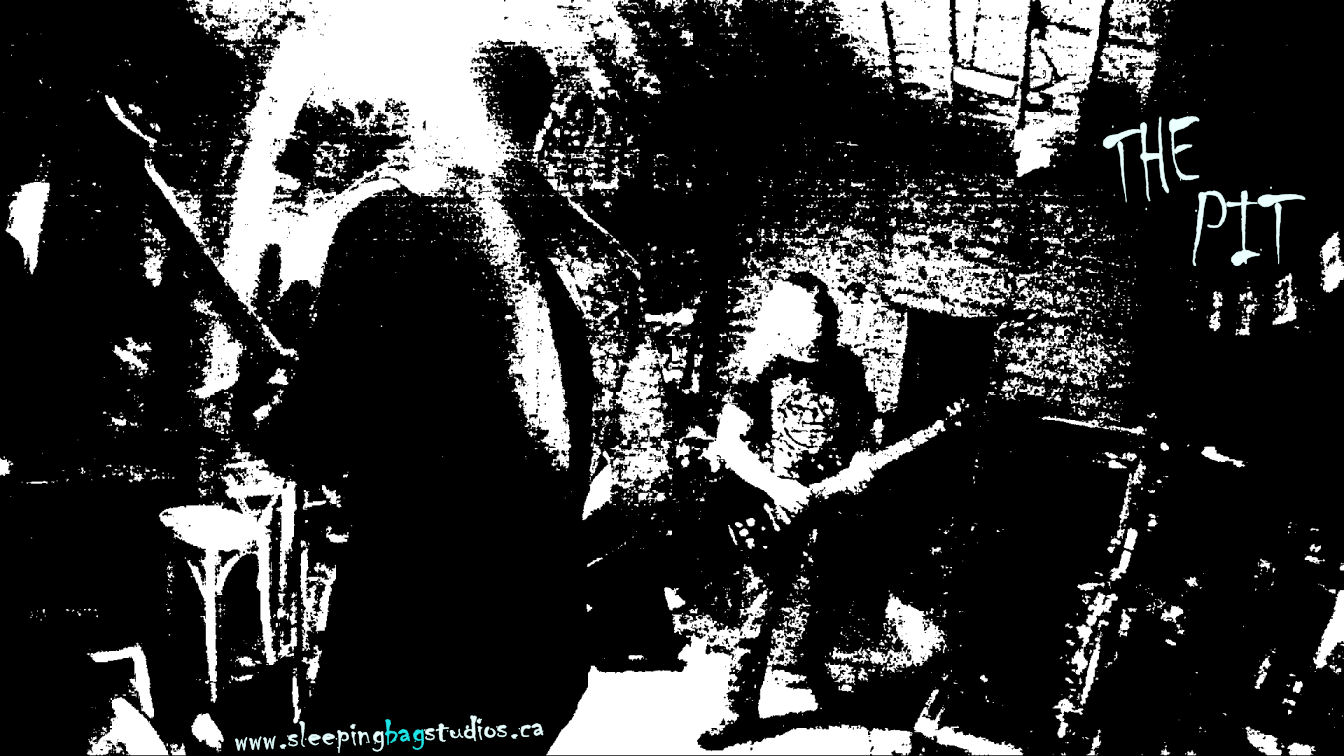 Here’s a look at some of our favourite memories from our history…the SBS Photo Journal!  Gathered from our show SBS Live This Week, live events around local Vancouver, BC & beyond, and from all our random experiences here at the place we love more than anything, sleepingbagstudios. With all these photos from the past being re-posted up here until we’re back into the present day & age, things are bound to slip around in the timeline a little.  Here’s another look at the original line-up of The Pit – our favorite hairy music-warriors in the Vancouver Grunge/Hard-Rock scene.  These guys played a really bizarre show in February of 2013 at a place called The Shack…it was essentially a birthday party but that was relatively unknown to us beforehand.  We got there and found this out as the opening band NeverAnother had their drummer having a birthday and the whole place going nuts for them as the openers due to the extra-drunken mayhem and birthday-support.  The boys of The Pit ended up going on later that normal and rocked the absolute shit out of this place, which was really a massive garage-turned-into a whole venue – you know we got love for that!  Definitely one of the more unique experiences out there in the music-scene watching live-shows…even to this day.  With people actually wandering in around them taking pictures and filming on long selfie-sticks as they played…The Pit OWNED The Shack in 2013 – here’s the photo-proof!