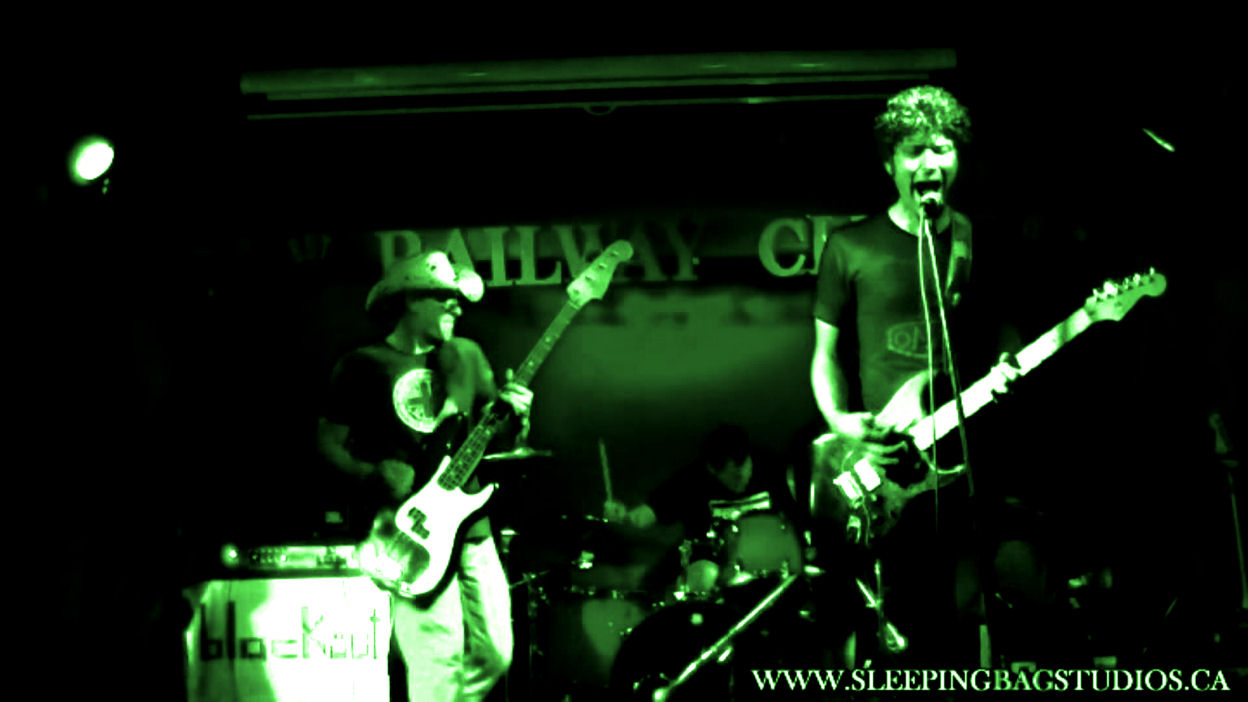 Here’s a look at some of our favourite memories from our history…the SBS Photo Journal!  Gathered from our show SBS Live This Week, live events around local Vancouver, BC & beyond, and from all our random experiences here at the place we love more than anything, sleepingbagstudios.  This was a rad chance-encounter.  Honestly can’t quite remember who we were there to see…I think The Pit…but this band of three dudes, Blackout Lights, were onstage from the moment I walked into The Railway Club that night.  And to be truthful…I think it was only about a mere ten-seconds before pulling out my video-cam to capture some of their set…the band was fighting their way through some technical difficulties…but they seemed to be good guys playing rad-rock…so eventually after the show, I reached out to Steve of Blackout Lights to see if they’d come out to SBS for an interview/performance on SBS Live This Week, which we would eventually do in early 2014.  Since then, Blackout Lights have become stronger in the scene than ever before (they’re own doing, not ours!) and have just released their EP Blaster in 2015.  Take a look at some shots from when we first laid eyes & ears on the grunge-rock of Blackout Lights in 2013!