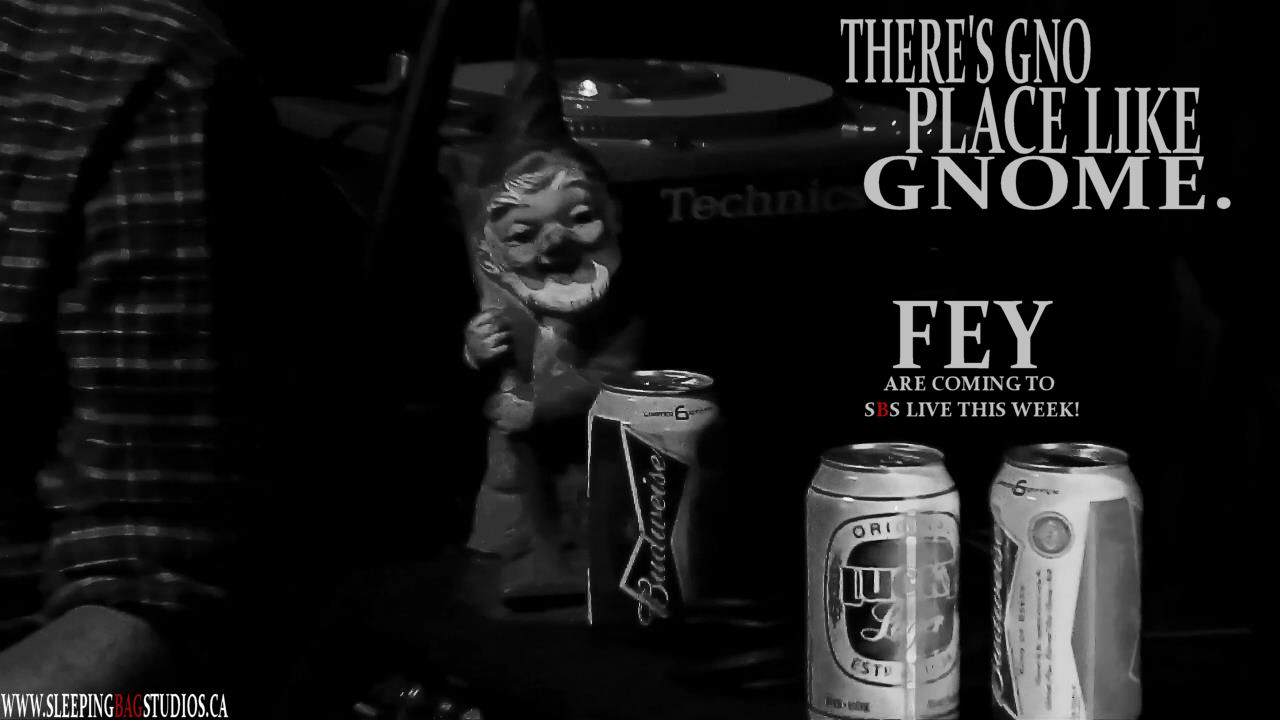 Here’s a look at some of our favourite memories from our history…the SBS Photo Journal!  Gathered from our show SBS Live This Week, live events around local Vancouver, BC & beyond, and from all our random experiences here at the place we love more than anything, sleepingbagstudios.  One of my favourite sounds in heavy-rock/grunge – Fey was a band we first saw opening-up The Media Club in Vancouver for our boys in noise-rock band Closer.  As it turned out…it was a massively impressive set that involved multiple tech-problems and complete triumph onstage.  I caught the set loosely with a cam but the experience live in the room was one I’d never forget.  Reaching out to the band, I ended up talking with lead singer Sam Caviglia who let me know that show I had seen was actually the first official one played by Fey…and that fact blew my mind.  This band was born ready.  So I invited them out to SBS for a taping of SBS Live This Week…by far one of the most complicated I’ve ever had to set up, and I was on my own that day with the exception that I also had a newbie on-board for the day, known to us here as ‘Beardless Tim @ SBS.’  Good times were had, beers were spilled, sweat was flying…they brought in the lead-singer from another band called Quartered, a guy named Greg Williams…and in all the confusion of trying to figure out a second microphone in the room when down a monitor already, I totally blew the audio by leaving an all-too-important silent-mic that helps even out the vocals in the room by direct-in, with the end result being that lead-singer Sam had to scream his freakin’ nuts off just to be heard.  For the record…I still love those recordings more than most anything that’s come out of SBS…but the band themselves and I hear the sound with different perspectives attached to it.  Sam’s always been able to hear himself clearly on a record…these recordings live-off-the-floor all but buried him into the mix, but the music of Fey came out sounding absolutely raw & untamed – HUGE.  I still think that Sam is right in the mix where he should be and totally breaks through the music in all the right spots…but I’ll admit to fully getting lucky in finding out that combination through my own studio fuck-up.  Listening to Fey’s album Bye Bipolar was almost a bit of a shock to hear how far they had brought Sam out front into the final mix – basically the refined & polar-opposite of the sound you’ll hear on the episodes of SBS Live This Week with Fey.  Check out the photos!